With an eye on both China and Pakistan, the government on Tuesday approved a slew of measures to fast-track acquisition of weapons as well as boost infrastructure development along the borders for faster mobility of troops and equipment. [TOI p9]

Rural Health Mission (NRHM) scam being probed by the CBI. The ED

apart from over 40 public servants, contractors, businessmen and

3. Nitish, Akhilesh back govt on Ganga,CMs Support Centre To Counter

The UPA narrowly escaped another ‘Team Anna moment’ at the Prime

on Tuesday, with CMs Nitish Kumar and Akhilesh Yadav coming in handy

to counter the agitated civil society representatives, who were demanding

immediate closure of hydroelectric projects on the tributaries of the Ganga

society was built belongs to the Maharashtra government and wasn’t

or regulate press freedom through judicially evolved guidelines because

Parliament alone was competent to undertake this exercise through

Tuesday over the alleged Tatra procurement scam. The agency also

7. CAG indicts ministers for land misuse : MUMBAI: The Comptroller and

Auditor General (CAG) has in a report named education institutes

promoted by five politicians including two former chief ministers for

the Maharashtra government for offering unwarranted favours to Lavasa

New Delhi: Even as the Congress today decided to take spokesman

in view of the CD controversy, his former driver claimed that he was the

one who had distributed a “distorted” video to take revenge on Singhvi.[IE

9. Azam khan picks man expelled from SP for Haj panel : Lucknow :In a

nominated Khwaja Haleem, who was expelled from the SP by Chief

last month, as a member of the State Haj Committee.[IE p3]

High Court on Tuesday got 11 new judges, taking its strength up to 82.

According to HC registry officials, all 11 were administered oath of office

Indian Mujahideen (IM) operative who was wanted for the 2008

Ahmedabad serial blasts, has reportedly told interrogators from the

Maharashtra Police that Riyaz Bhatkal, alleged to be a top IM mastermind,

govt : Bhubaneswar :Chances of the release of abducted BJD MLA

Jhina Hikaka from Maoist captivity brightened on Tuesday after the Orissa

government said it would consider withdrawal of cases against Maoists

the MLA is released by 5 pm on Wednesday.[IE p8]

14. JMM sticks to Sanjeev Kumar as its RS nominee : Ranchi :The

as its candidate for the May 3 Rajya Sabha elections from the state. The

lost in the din : New Delhi :Naveen Patnaik argued for a resource tax on

mining companies, Ashok Gehlot wanted the power to tap phones in other

states, and Narendra Modi urged the Centre to exploit the hydrocarbon

reserves in the Sir Creek area. The suggestions offered by chief ministers

most got lost in the noise around the debate on federalism.

Mumbai: The Maharashtra government is under the scanner for lack of

district. The CAG report has slammed the state “for failing to adhere to

regulations, amending existing laws for the project, disturbing the already

land and an exodus is gradually building up in the Rashtriya Lok Dal. After

Choudhary Ajit Singh on the eve of Lok Sabha elections, citing the alliance

with the Congress as a reason for her departure, it is now senior party

18. Vibrant Gujarat just a myth, says Congress, With An Eye On State

assembly election due at the end of the year, Congress is preparing to

chip away at chief minister Narendra Modi’s development plank by

discuss fielding a non-Congress, non-BJP candidate for the polls with

independent candidate rather than field its own and organisational

:Punjab’s attempts to scuttle the move of a human rights organisation to

Civic Bodies, Is Largest In Third: New Delhi: The BJP struck gold on

Tuesday in the MCD (Municipal Corporation of Delhi) elections, winning

two of the three civic bodies and emerging close to a majority in the third.

The results indicated that voters were simply not impressed by the

Banerjee’s Trinamool Congress appears set to open another front against

minister Firhad Hakim claimed here on Tuesday that the deadline was

stepped up its offensive against Indian authorities on the Rs 11,000 crore

tax dispute and threatened to launch arbitration proceedings against the

proposal to tax all international mergers by amending the law

crore. The amount is the highest cited by CAG in the last six years of the

27. Sun sets in the East for Sheila’s Cong, Party Bags Only 19 Seats of

trifurcating MCD and her decision to carve out a separate municipality –

wards. BJP soared high despite over 85 rebels and much infighting and

resentment among workers over ticket distribution. The party also

29. People angry with Congress: Gadkari: New Delhi: Buoyed by the

addressed the media on Tuesday to instill confidence among party

workers demoralized since the recent hiding in the Uttar Pradesh

:With the Bharatiya Janata Party falling quite short of the halfway mark in

the South Delhi Corporation area, the focus is now on the Nationalist

Congress Party whose six candidates have won from this part of the city,

Assembly segment and one in Harkesh Nagar in the adjoining

governments’ inability to control corruption and price rise, the Bharatiya

Janata Party (BJP) on Tuesday retained control of the Municipal

35. ‘BJP victory is a referendum on Sheila govt’: New Delhi: With the

Vijender Gupta has silenced all his critics. Against all odds — trifurcation

of MCD, a large number of dissidents and anti-incumbency — BJP has

36. Rebels set to play kingmaker, Support Of Independents Crucial In

an important role in shaping the municipal poll outcome this time.

Together, these two groups won 57 seats, which is more than a fourth of

the number won by Congress and BJP together. Independents, mostly

37. SP cashes in on UP magic, opens tally with two seats : New Delhi

:The charm of the resounding victory it had scored in the recent Uttar

38. Alert after Ayodhya judge gets threat: Faizabad: Security in Ayodhya

threatening to blow up the Ram Janmabhoomi complex, police said on

Tuesday. The handwritten letter was received by the office of district judge

Ram Vraksh Yadav through post on Monday. Cops are yet to obtain all the

facts regarding the origin of the letter.[TOI p15]

backgrounder to the current controversy on the Union Government’s

intention to establish the National Counter-Terrorism Centre in pursuance

Vadukachimathil hamlet in the southern district of Tirunelveli in Tamil

stand to gain, but a victory for son of the soil, 36-year-old Hill Krishnan aka

Thirumalai Krishnan, who is contesting for the 51-member council of New

York City, would be something for them to boast. [TOI p22]

Thu Apr 19 , 2012
The names being floated by the media It is time we consider whIo can be President of India. The head of the state must be a person of integrity, inspirational, intellectual and visionary.  That should be the normal consideration. But the reality is different. Except for these inherent qualities as […] 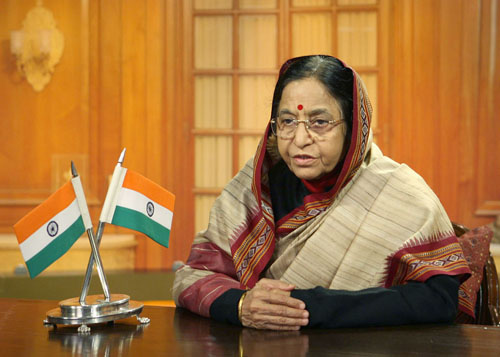