sunset on Sunday, 183 weary men trooped across the Wagah-Attari

border and into India, carrying their belongings over their shoulders. [TOI

Seats, Gives 24-Hr Deadline: Mumbai: At a time when it is already

struggling to cope with a truculent ally in the Trinamool Congress, the

Congress is faced with a fresh headache. Nationalist Congress Party

president and agriculture minister Sharad Pawar on Sunday issued an

ultimatum in the row over an alliance for the crucial Brihanmumbai

rush to Delhi for deliberations with his party’s high command. [TOI p1]

be taken for granted.[TOI p11]

non-resident Indians of the constitutional provision that allows them to

issued notification for registration of overseas voters. In other words, NRIs

can vote in the upcoming assembly elections in five states. [TOI p1]

spouses of such card holders. “In the last session of Parliament, we

and Overseas Citizens of India schemes by amending the Citizenship

Act,” he said at the annual diaspora meet at the Pravasi Bharatiya Diwas.

Delhi : The Central Vigilance Commission (CVC) is going to finalise its

properties, among others, by the month-end. The CVC has also favoured

blacklisting of private firms and punishment for private parties through

among others, by the end of this month.[AA p3]

9. Sushma, Ahluwalia make a match of it! : New Delhi : Apart from the

fact that both are senior BJP leaders, what else is common between

Opposition in Rajya Sabha SS Ahluwalia? It’s as interesting as it gets: The

week. And their colour code change with the change in days.[Pioneer

Unitech MD Sanjay Chandra, an accused in the 2G scam case, has

against him, saying the order by the trial court was passed in a “casual

movement today as he left hospital after an eight-day stay.

However, many of his long-time associates said they used the time in

hospital to advise him to make a course correction, particularly as regards

India Against Corruption and its “100 per cent RSS leanings”.[IE p1]

Advancement of People’s Action and Rural Technology (Capart) had

of the money was spent on honorarium, travelling, printing and stationery,

13. My fight against corruption will continue : Anna Hazare : Pune : Amid

talk of the Jan Lokpal movement being directionless, anti-corruption

he has been fighting corruption for the last 25 years, but the next one

month will be dedicated to his health. The 74-year-old activist, who doesn’t

see eye to eye with the government on the lokpal bill, is all ears to doctors’

advice and intends to rest for a month.[HT p1]

15. Sukhram back in Hospital : SC to take up bail plea today : Former

historical rule since Independence and blamed the party for the “poor”

state of affairs in the country.[The Hindu p11]

till his name is cleared in NRHM scam: Hussain: NEW DELHI : A

desperate BJP on Sunday attempted to stamp out the flames of

Kushwaha fire by putting the BSP oustee’s membership under

exercise for providing a face saver to both party president Nitin Gadkari,

the man behind the induction proposal, as well as neo-convert Babu Singh

19. Munde : CBI action on Kushwaha is a conspiracy : Mumbai : Senior

Singh Kushwaha was a conspiracy by the BSP and Congress. He said

was inducted in BJP. However, the CBI raided his house only a day after

his induction in BJP.[AA p2]

Enforcement Directorate radar. The ED may register a money laundering

case against Kushwaha after the CBI recently registered a case against

the saffron party in UP to buttress the OBC quota.[HT p9]

22. Gogoi’s son gets a pat from ULFA for focusing on Assam economy :

Youth Forum on Foreign Policy (YFFP), on Friday got his first

congratulatory message from none other than the outlawed United

23. EC defers UP first phase to Feb 8 due to Barawafat : Lucknow: The

Election Commission on Sunday announced a change in the election date

in UP — instead of beginning on February 4 as previously announced, the

polls will start on February 8. The change was made as the date of the

first phase, February 4, was coinciding with Barawafat, the Prophet’s birth

distinctly different styles — their similar attire notwithstanding — the two

Akhilesh Yadav, have hit the campaign trail talking the same language of

development and promise of change.[TOI p10]

Congress : LUCKNOW : In a setback to the Rashtriya Lok Dal, its Rajya

general secretary, on Sunday joined the Samajwadi Party ahead of the UP

Come election time, it’s the turn of political parties to turn into Santas.

medical care and education to the poor if voted to power in Uttar Pradesh.

political parties focusing more on castes, corruption and governance this

Nawab Kazim Ali Khan, who defected from the BSP last week, figures in

the Uttar Pradesh Assembly elections. The party has replaced eight

candidates. The party has given prominence to Muslims and backward

DELHI : As statues of BSP supremo Mayawati and her party symbol were

being draped in Uttar Pradesh, the Election Commission order unleashed

a torrent of reactions from political parties — some castigating and others

corrupt Ministers sacked by others and was running the “most corrupt”

31. Cong Reaches Out to Mamata, Need for better communication

between Cong and TMC, says Khurshid: NEW DELHI : The Congress

on Sunday acknowledged that there was need for better communication

between it and the ally Trinamool Congress. The statement comes in the

Wednesday 5 pm, the Election Commission wants “each and every statue

of elephant” and “each and every statue of Ms Mayawati”, built in Uttar

name of Lord Ram, the BJP today said that Rahul Gandhi did not know

34. No rift with Mamata: Khurshid : New Delhi : The Congress on Sunday

dismissed reports about cracks in the ruling United Progressive Alliance

them ever since Manpreet Singh Badal addressed a sizeable gathering

during his visit to Canada. [ET p3]

Sunday decided to contest from the Maur seat of Bathinda, apart with

Gidderbaha, seeking to gain from the in-fighting in other parties.[HT p9]

Independent Probe: New Delhi: The CBI has said that the multi-crore

forestry scam in Haryana, which was exposed by whistleblower Sanjiv

Chaturvedi, a young forest official, is a fit case for it to investigate

38. Another Tiwari loyalist gets a poll ticket : New Delhi: Congress has

elections, triggering speculation about the state of equations between the

party leadership and the veteran politician who quit as Andhra Pradesh

revealed that former Rajasthan minister Mahipal Maderna, who has been

accused in the case, promised co-accused Bishnaram Bishnoi to get

around 40 criminal cases lodged by the state police against him

41. In Manipur, Congress well placed for a hat-trick : Imphal : The

on an inauguration spree of several new government facilities — only last

but now finds himself restrained by the model code of conduct. [The

drawn in Madhya Pradesh between the main Opposition Congress and

the ruling Bharatiya Janata Party, and there would be a major showdown

Taking cognizance of a complaint alleging that the Lokayukta was

appointed in violation of procedures, Governor Ramnaresh Yadav has

asked the Madhya Pradesh government to take necessary action in this

The winter session of the Delhi Assembly, the last one before the

municipal polls, is expected to be politically stormy. While Sheila Dikshit’s

April polls, the BJP is gearing up to focus on the failures of the Congress

meet Delhi Lokayukta Manmohan Sarin and demanded that the two

people who signed the fraud provisional certificates provided to the

unauthorised colonies- which existed only in name should be booked.[The

will hear the bail petition of Dr Rajesh Talwar on Monday, two days after

the murder of their teenage daughter Aarushi and domestic help Hemraj.

FDI with options despite commerce ministry approving the practice:

MUMBAI : The dilemma among policymakers over allowing special rights

to foreign investors acquiring strategic stakes in local companies has once

again turned up like the proverbial bad penny. Even after the government

clarified that such rights, in the form of inbuilt options in foreign direct

investment (FDI), are permissible, the Reserve Bank of India is unwilling

to approve the practice. [ET p1]

Beijing : A top Chinese diplomat said on Sunday that China would “make

concerted efforts” to improve relations with India in 2012, in comments

49. Resignation? But why? Nobody has sought it: Zardari : Islamabad:

Amidst continuing tensions between Pakistan’s government and the army

over the memo scandal, president Asif Ali Zardari has said that no one

had sought his resignation to defuse the political crisis, making light of

suggestions that the military had offered him an “escape” route. [TOI p14] 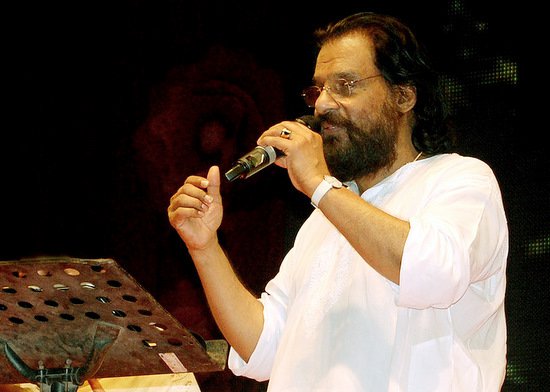