1. Army chief drags govt to SC on date of birth row, Says It Is About

Honour, Not Tenure: New Delhi: In a first for a serving military chief in

dragged the government to the Supreme Court on Monday by challenging

it over the festering issue of his date of birth (DoB). [TOI p1]

not take advantage of the correction and retire as scheduled on May 31,

2012. All he wanted of the court, said Gen Singh, was to protect his

honour, which was fundamental to a soldier’s life, by making his year of

Of Security Threat: Jaipur: A major flashpoint ahead of the Jaipur

Literary Festival has been avoided with a jittery Rajasthan government on

the book-lovers’ jamboree, to call off his visit. [TOI p1]

4. Chidambaram had no role in eviction of Ramdev, Centre tells SC :

New Delhi : The Centre on Monday denied in the Supreme Court that

sensitivities over the visit of controversial author Salman Rushdie to the

Jaipur literature festival, however, are easier to comprehend. The state

government has been on the defensive after the state police were

accused of failing to protect Muslim protesters in Gopalgarh where riots

6. May not need Voltaire to report on 2G scam but do need humility,

hard work : New Delhi : The majority of media people are of poor

intellectual level. On a day that the Fifth Ramnath Goenka Excellence in

Journalism Awards celebrated the finest in Indian journalism, 2009, that

was a provocative statement to make.[IE p1]

7. Jaitley guest at Express Adda today : New Delhi : He is among the top

ranging from political and legal to foreign policy. While he will not admit it,

Subramaniam Swamy regarding an “inflammatory article” published in an

leaders, including L K Advani, told the Supreme Court that the CBI’s

pursuance of a case of criminal conspiracy against them in connection

had said a clean image was one of the criteria, besides dedication to the

BSP movement and loyalty to voters. The list, however, contains names of

several men who are involved in criminal cases, are history-sheeters and

cases of rape and murder.[IE p3]

the Trinamool, Chief Minister Mamata Banerjee seems to be in no mood

for reconciliation. On Monday, she clipped the wings of two Congress

power and reshuffled the portfolios.[IE p6]

12. BJP to go on Telangana yatra now : Hyderabad : The BJP will launch a

22-day “yatra” to demand Telangana statehood on Thursday. The yatra, to

be flagged off by BJP president Nitin Gadkari, will start from the banks of

13. BJP to focus on Bundelkhand, east UP : Lucknow :The BJP has

promised to adopt the Israel model for development of Bundelkhand and

of India to start easing tight monetary policy in the months ahead. [TOI p1]

16. Cong may propose SRC on UP split proposal: Lucknow: Congress

may propose a second States Reorganization Commission (SRC) for the

division of UP, indicating the Centre was unlikely to clear in a hurry-up

Mayawati’s resolution for the state’s four-way split. This is likely to cast a

Uttar Pradesh of acting as the “eyes and ears” of the ruling BSP. The

party demanded action against these officials and close scrutiny to ensure

balanced approach in the run-up to elections. [TOI p11]

18. BJP Prescribes Swadeshi Model for UP, Says it will create 100-fold

Classes: NEW DELHI : Trying to woo the politically unattached among

Backwards and consolidate its base among the upper castes, including

Brahmins, BJP has reinforced its opposition to job reservations for

among forward castes. However, it stopped short of promising reservation

UP may or may not work for the party, but it has divided the top leadership

on at least two important issues. First, if the induction of the tainted Babu

Ram Kushwaha was a good idea and second, whether it’s wise to contest

for third position in the state to beat Congress. [TOI p10]

20. Support of SP or BSP Must for UPA to Get Its Nominee Elected :

NEW DELHI : The Congress-led UPA may not be able to get its nominee

the two main political players in pollbound Uttar Pradesh – either the

21. Councillors lose sleep over 50% reservation for women in MCD :

NEW DELHI: With a number of municipal councillors losing sleep over the

issue of women reservation in the coming municipal elections, the State

22. Team Anna to campaign from Jan 21, to keep off politics : New Delhi

: Social activist Anna Hazare’s team will begin its tour of the poll-bound

February to Uttar Pradesh, but it will not ask people to vote in favour of or

against any particular party. [HT p11]

as an opportunity to project the Uttar Pradesh government as

“incompetent and corrupt” that needs to be ousted in the coming

in wooing MBCs that comprise 70% of OBC population in Uttar

Pradesh: NEW DELHI : Congress is readying to redress discontent over

more reservation, this time for the Most Backward Castes (MBCs) in Uttar

Pradesh. It is set to declare in its election manifesto a sub-quota for MBCs

within the 27% reservation for the Other Backward Classes. [ET p2]

constituencies of family pocket boroughs Amethi and Rae Bareli on

separately on Monday, taking command of electioneering in the assembly

segments of Amethi Lok Sabha constituency represented by her brother

for the second phase of Assembly polls slated for February 11, covering

Uttar Pradesh youth jobs or unemployment allowance if his party was

voted to power in the coming assembly polls.[HT p11]

General’s report pointing out alleged irregularities in the purchase of

(NTRO), which was set up in 2004 to provide critical data relating to

threats to the nation. [TOI p7]

from Bhauradi Stadium in New Tehri, the constituency of old-time Gandhi

Bharatiya Janata Party released its manifesto for the State Assembly

elections here on Monday. The occasion turned out to be more of an

attack on the Congress manifesto with senior leaders Rajnath Singh,

part of their addresses slamming the Congress.[The Hindu p5]

outside the All India Congress Committee office at 24, Akbar Road on

Monday afternoon. According to eyewitnesses, at least 25 protesters

reached the party headquarters around 4:30pm, carrying a banner of Yuva

Bharat Kisan Panchayat with a picture of Ramdev on it.[HT p7]

34. BJP Bids to Reach Out to Goan Christians : NEW DELHI : BJP may be

a stridently pro-Hindu party, but not in Goa. Even its opposition to the antiminority

job quota is missing here. While the party aggressively

campaigns against Congress’ promise to raise minority quota in Uttar

Pradesh, its mission is to reach out to Christians in the country’s smallest

probe into the firing incident last May in Bhatta Parsaul, Greater Noida.[HT

rebellion on his home front. This time around, his miffed elder brother

37. Nothing famous or infamous about Babri demolition: SC : New Delhi:

character of the Babri Masjid demolition case, in which the CBI is seeking

including L K Advani and Bal Thackeray, and said it was a mere incident

with nothing “famous or infamous about it”.[TOI p9]

Delhi : The Supreme Court on Monday posted for final hearing on March

Court, which upheld the dropping of the conspiracy charge by a special

and 18 others in the Babri Masjid demolition case.[The Hindu p11]

yard : New Delhi : Eight months after he assured the Central Bureau of

suspect in the alleged irregularities in the award of the Commonwealth

40. UP Muslims : the changing priorities : Smita Gupta : Muslim, who

spread over 19 district in Uttar Pradesh , are the key to next month’s

Assembly election. Nearly a fifth of the candidates being fielded by the

three chief contenders, the Samajwadi Party (SP) the Congress and the

Pakistan’s Supreme Court on Monday slapped a contempt notice on

and President Asif Ali Zardari. The order escalated the political crisis that

could lead to early elections and cost Gilani his job. [TOI p1]

and Zardari, pummeled for days for making statements against army chief

resign to defuse the crisis created by the confrontation between the

military and the judiciary on one side and the government on the other.

proceedings against Gilani for not acting against Zardari

44. ISLAMABAD : Pakistan’s supreme court ramped up the pressure on the

out its order to reopen a corruption case against president Asif Ali Zardari. 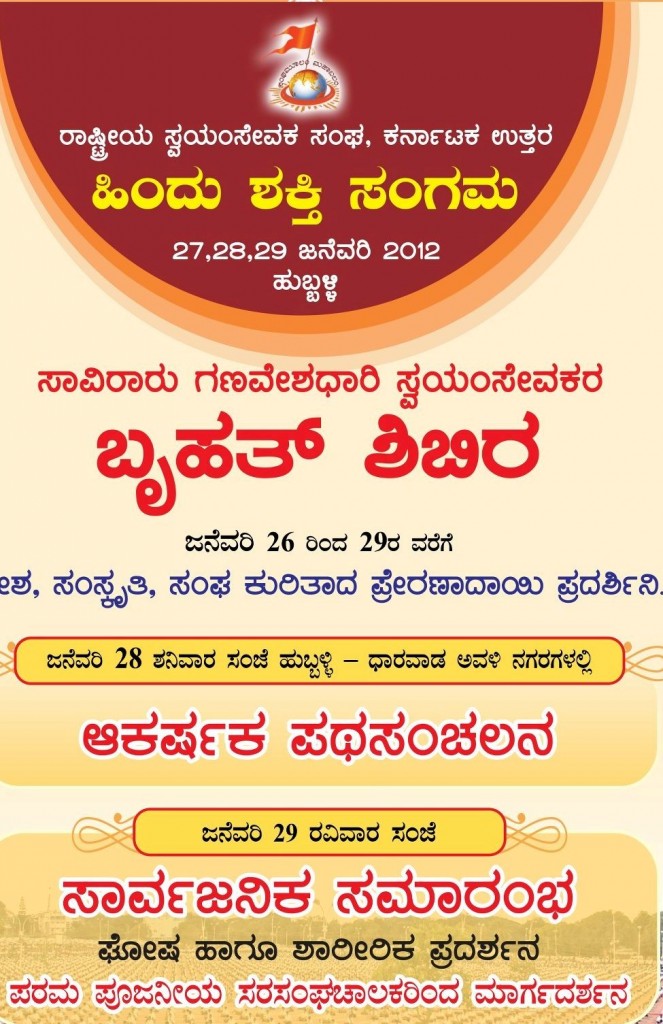