2. Kaziranga loses 573 animals to flood, apathy, Many Run Over By

Trucks While Fleeing: Guwahati: It’s a wildlife catastrophe. The flood

3. toll at the Kaziranga national park has risen to 573, with several animals

trying to reach elevated ground to escape the Brahmaputra’s swirling

Prime Minister Manmohan Singh, who has been lauded for his pivotal role

in liberalising the Indian economy, has been dubbed as an

“underachiever” by a top US magazine, which says he appears “unwilling

5. CBI to make arrests in Tatra case soon : New Delhi: The CBI may

soon make some ‘significant arrests’ in connection with the probe into

Indian Army as the agency has found some ‘crucial evidence’. [TOI p11]

Investigation (CBI) has prepared a list of eight private companies which

were allocated coal blocks between 2006 and 2009 despite their not

meeting norms and guidelines. “Eight recipients of coal blocks between

Delhi : Government, which has of late been talking of pushing reforms,

“reaches out” to the Opposition.[Pioneer Daily p4]

up its attack on the Congress, the Bharatiya Janta Party on Sunday asked

with the PAC’s various recommendations including allowing CAG to audit

to report back to it.[Pioneer Daily p5]

10. Not in race for FM post : Montek : Amritsar : Planning Commission

deputy chairman Montek Singh Ahluwalia on Sunday asserted that he was

media was at liberty and could write anything, but there was no reality in

minister A Raja has approached the Delhi High Court, seeking quashing of

the charges framed against him by a special CBI court.[IE p4]

veteran bureaucrat after his or her official tenure. But what began as an

that of officers as lifetime civil servants.[IE p1]

14. Jaitley slams report of interlocutors on J-K : Chandigarh :Leader of

heavily on the interlocutors for their report on Jammu and Kashmir. He

said by terming the Pakistan-occupied-Kashmir as Pakistan-administered-

Kashmir, the report had only “legitimized the claims of Pakistan over

Presidential candidate P.A. Sangma said he hoped to win on the basis of

Reddy, both Congress-backed candidates, in the 1969 elections.[The

candidate Pranab Mukherjee, which will leave the Opposition nominee P A

Sangma to draw a blank.[AA p2]

years, the Army was blamed for the Chhattisinghpora massacre. But it

now seems that the bloodbath was orchestrated by Lashkar’s operational

18. Special Force Needed to Deal With Maoists: Deo:NEW DELHI : In the

Chandra Deo has suggested the need to set up a special dedicated force,

on the lines of Andhra Pradesh’s elite Greyhound forces, in each Naxal

affected state to deal with the situation. [ET p2]

: The BJP had to “sacrifice” Sadananda Gowda as Karnataka Chief

Minister to keep its flock together, key NDA ally JD-U said on Sunday,

linking his exit with the upcoming Presidential election.[IE p2]

Narasimha Rao, on Sunday dismissed charges that he remained

incommunicado and did not take any action to prevent Babri mosque

demolition. The then media advisor to Rao, P V R K Prasad, and the then

law secretary, P C Rao, were speaking at a ‘Meet the Press’ organised

21. Ansari is UPA’s choice for Vice-President : New Delhi : The incumbent

Vice-President, Mohammed Hamid Ansari, is likely to get a second term

vindication of Narendra Modi’s work as CM of Gujarat during the riots.[HT

brand ownership norms may be relaxed, but IKEA-specific package

policy for single-brand retail to address concerns of foreign companies,

24. Modi vilified like no other, says LK: New Delhi: Accusing the media of

as “systematically and viciously maligned” as the Gujarat chief minister.

political leader has been as “systematically and viciously maligned” as

Continuing his campaign against the Gujarat chief minister, disgruntled

“monopoly over lying” and questioned his motive behind the Sadbhavna

Kochi : The Supreme Court verdict in the disproportionate assets case

against the former Uttar Pradesh Chief Minister, Mayawati, has sent a

“wrong signal” to the people, Supreme Court lawyer and India Against

29. Politics comes full circle for Vajpayee of Hubli : Banglore : After his

mentor BS Yeddyurappa, Jagadish Shivappa Shettar, is probably the most

prominent leader of the Karnataka’s dominant Lingayat community. But

his shot at the state’s top job comes later than expected. As a Lingayat

leader, he was a competitor for Yedyurappa, who did his best to put

30. Cabinet may decide to hit back at EU carbon tax: New Delhi: The

counter-measures against EU, including reducing flights and breaking

31. BJP’s Vokkaliga Votebank Gets A Jolt With Sadananda’s Exit :

Bangalore: The BJP on Sunday asked D V Sadananda Gowda to quit as

Karnataka CM after his uneventful, but corruption-free administration of

Shettar, backed by renegade B S Yeddyurappa, will take over as the new

slammed the BJP for changing the chief minister of Karnataka, saying

in Karnataka faster then people change their clothes. [TOI p11]

in the Karnataka BJP. Though Gowda hasn’t thrown tantrums during the

political turmoil, it seems he is now talking tough.[TOI p11]

by Maoists and released after 33 days, Odisha MLA Jhina Hikaka is now a

prisoner of circumstances. The fear of reprisal from Maoists for not

resigning after giving his “word” — at a kangaroo court during captivity —

35. Independents steal the thunder of BJP’s UP win : Lucknow: Did the

BJP really sweep the urban polls in UP? The victory in mayoral election

doesn’t present a picture of its dominance — or lack of it. Though the

party has 10 out of 12 mayors across the state, its position in corporations

is a far cry from the sweep. The BJP has failed to get a majority even in a

single of them. More than two thirds of corporation seats went to

36. Muslim vote stays away, Cong lines up excuses for a blank :

Lucknow : From the after-effect of Assembly elections to the hike in petrol

prices, from back-stabbing to Hindu polarisation — these were the

a single mayor seat in the urban local body elections in Uttar Pradesh,

their second poll debacle in the state in three months. The Congress had

37. BJP Terms Sweep in UP Civic Polls as Verdict Against Centre:NEW

DELHI : After its sweep in Delhi’s municipal election, BJP maintained its

posts in UP. BJP swept UP municipal corporation elections and even

heels of its drubbing in the state assembly election, Congress has once

again failed to strike a cord with the masses in Uttar Pradesh. With its tally

loss of seats in traditional strongholds like Bareilly, the party is fast

slipping into deep freeze mode. For the state leadership, change and

consolidation appear to be the buzzwords. But with the party that has

faced its worst routing twice in three months, morale in the Congress

39. Over 75 per cent polling for Sitarganj by-election : Dehradun :The fate

of the Uttarakhand Chief Minister Vijay Bahuguna of the Congress and

electorate cast their vote for the Sitarganj Assembly by-poll on Sunday.

said he has no such plans as he is busy with party work.[AA p3]

again has retained the Ghaziabad Mayor’s seat. The party’s candidate

and veteran journalist Teluram Kamboj won the seat by 9,583 votes by

retained the seat for a record fourth time.[Pioneer Daily p2]

was denied ticket in the April municipal polls, is launching a “Delhi based

claiming that national parties have failed to address problems of the 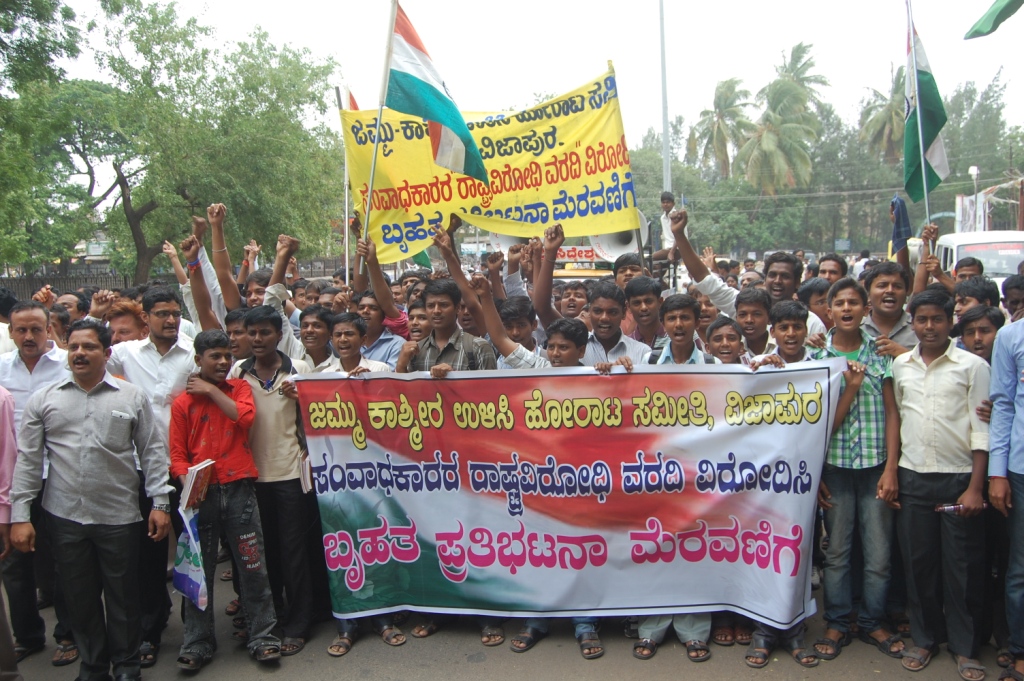