1. Slump hits FDI, net dips by 37% in Apr-May: New Delhi: The slump in the global economy is taking a toll on foreign investment into the country as well as India Inc’s global expansion. According to the latest data released by the Reserve Bank of India, net foreign direct investment (FDI) — which is the difference between inflow and outflows — is estimated to have declined over 37% to $3.2 billion during April-May 2012, compared to over $5 billion a year ago. In fact, net FDI during the first two months of the current fiscal is almost the same as the level seen in May 2011. [TOI p1]

2. Indians get pessimistic amid global downturn : New Delhi : The rain

gods may have brought some cheer to everyone after a scorching

summer, but a sense of gloom about the Indian economy appears to be

building. A study by US-based Pew Research Centre has found that while

just a year ago, 51% people were satisfied with the way things were in the

country (and 47% dissatisfied), today, the proportions have reversed —

— country’s parliament building is not emergency ready. A fire or an

earthquake could well turn out be a rescue team’s nightmare.[HT p1]

former chief economist of the International Monetary Fund, and Ajay

Programme, have been short listed for the position of chief economic

advisor to the government. [ET p1]

Whether the Trinamool Congress is headed for another confrontation with

auctioning of all natural resources (other than spectrum) would have a

huge impact on Foreign Direct Investment and other investments in this

8. JD(U) has Not Decided on Veep Vote: Kumar, Congress upbeat over

prospects of a possible realignment in Bihar: PATNA : Bihar chief

line in the vice-presidential election. “All that is being said about JD(U)

supporting Hamid Ansari is far from true. We will decide only after holding

six. This was decided on Thursday at the KV board of governors’ meet

chaired by Sibal. At present, MPs can recommend only two admissions

to Kendriya Vidyalayas in their constituencies. In July 2011, the law

three for KVs in their constitutency and two in Delhi. [TOI p1]

Ashraf from office — just like it did his predecessor, Yousuf Raza Gilani —

Thursday launched a campaign against tainted MPs and MLAs,

demanding that they be barred from participating in the presidential

election. The electoral college for the presidential election comprises

4,120 members of legislative assemblies and 776 members of Parliament

least 1,450 or 31% have declared criminal cases pending against them in

sworn affidavits filed with the Election Commission in recent elections.

12. Like it or not, diesel price hike coming after prez poll : New Delhi:

prices shortly after the presidential elections get over on July 19. “Price

rise is inevitable. But date and time, nobody can say,” a top oil ministry

13. Govt woos Didi, no change in Forward Contracts Act now, Ahead Of

Banerjee, before elections for the President and Vice-President, the Union

Cabinet on Thursday deferred a decision on amending the Forward

14. Did Guj govt force parties out of race for gas firm?: Ahmedabad: Did

houses to desist from bidding for the Gujarat Gas Company Ltd? Days

before the bidding closed for a 65.12% stake of British Gas in Gujarat

Gas, a group of top bureaucrats summoned Gautam Adani of the Adani

group and Sudhir Mehta of Torrent group, both of whom were the race for

to put off discussion on Forward Contract Regulation Act

(Amendment) Bill : NEW DELHI : Congress is betting on the support of

the Samajwadi Party to kick-start economic reforms, which have been

along with an unprecedented two deputy chief ministers on Thursday.

lack of coordination between leaders and the workers in the Congress

party. “Post-Indira Gandhi regime, the biggest weakness of the Congress

party has been a lack of coordination between senior leaders and

workers,” the senior Congress leader told a television news channel in an

six months of this year, Naxalites have gunned down as many as 82

security personnel, while losing only 48 of their cadres in the bloody battle

between Maoist groups and security forces that continues unabated in the

(ST) Lok Sabha seat, whose election was set aside by the Karnataka High

Court, to cast vote in the Presidential poll.[IE 4]

21. YSR Cong is likely to vote for Pranab : Hyderabad : The YSR

Congress seems to have decidd to vote for UPA presidential candidate

Pranab Mukherjee. Stating that a formal announcement was expected

Mohan Reddy had decided to support Mr Mukherjee over the BJPsponsored

with violating decency, decorum and dignity in the presidential elections,

the NCP on Thursday appealed to the BJP, the BJD and the AIADMK to

with draw their support from him.[AA p2]

announce its nominee for the Vice-Presidential election before taking a

call on the issue. “It is for the Congress to take initiative and name its

leadership on Thursday indicated the party will go to the Assembly

Union home ministry has moved the Cabinet Committee on Security

From your SUV to your kitchen, the going is likely to get harsher. While

your wallet may have to shell out an additional R5 for a litre of diesel, an

increase in cooking gas prices is also on the cards. These developments,

in turn, would hurt households by putting pressure on inflation — currently

27. NIA to identify all Samjhauta Bombers in chargesheet : New Delhi :

For the first time, the National Investigation Agency (NIA) will identify all

Samandar — in its supplementary chargesheet which will be filed

issues, the Union home ministry has opposed the information and

Shankersinh Vaghela, in-charge of the Congress’s campaign for the

in 2009, the man who was UPA-I’s textiles minister, came very close to

accepting the BJP ticket for the Lok Sabha elections.[IE p1]

pecking order in the UPA government after Pranab Mukherjee’s exit,

ministry has raised the Kendriya Vidyalaya admission quota for MPs to

six. Sources in the ministry said under the new scheme the jurisdiction of

Lok Sabha MPs will be limited to their constituency.[TOI p8]

in connection with the Commonwealth Games, its former organising

permission to travel to London for the Olympics, in his capacity as a

member of the International Association of Athletics Federation.[HT p1]

Games Village in east Delhi — related to alleged corruption during the

Delhi : The CBI is likely to close its probe into two Commonwealth Games

given to Emaar MGF for the construction of the games village.[TOI p8]

Pradesh on Thursday and reviewed the election preparedness in the hill

municipal elections on Friday announced the launch of a separate party

called the Progressive Party. The party was launched to take on the

Congress and the BJP, who they accused of failing to deliver on all

38. Vijender gets exemption from court appearance : New Delhi : A court

far suspended three judges in connection with the scam

:HYDERABAD : Two serving Andhra Pradesh judges were arrested in the

cashfor-bail scam for their alleged role in a . 10-crore bribe offer to a third

Reddy, an accused in the illegal mining case. [ET p2]

the brightest politicians in the country: a former Oxford don, he became a

union minister at 38. When he speaks, it is with a certain elegance and

intellect that is all too rare in public life today. Which is why when Khurshid

and ideas, but he has not woven it into a grand announcement.[HT p10]

case : Islamabad : The Supreme Court of Pakistan on Thursday gave 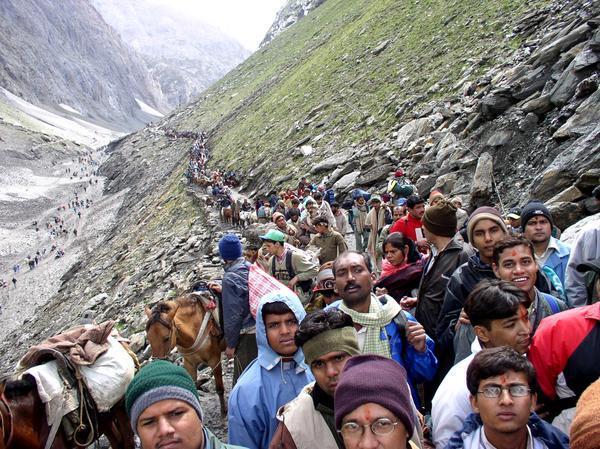