1. US biz worried about India’s investment climate: Obama, Signals Time For Difficult Reforms: Washington: Industry captains have said it. Economists, including the government’s advisers, have said it and taken it back now and then. The government has accepted it in parts and resolved action. Now, in the first such observation from a foreign head of state, US President Barack Obama indicated it might be time for India to implement “difficult reforms that are necessary”, given the stagnation in investment and job creation. [TOI p1]

Clashes With Judicial Orders: New Delhi: Even as it is striving to attract

FDI, the government is being forced to rethink its policy of letting foreign

professionals such as lawyers, architects and auditors practice in India.

3. Terror charges against Pak unbelievable: New Delhi : Even as India

continued to insist that Pakistan bring the orchestrators of the Mumbai

institutions were involved in the incident.[HT p11]

4. 36 Indian pilgrims killed as bus plunges into canal in Nepal :

Kathmandu : Thirty-six Indian pilgrims were killed when their bus plunged

into the swollen Gandak canal near the Nepal-India border on Sunday.

The bus was carrying an unspecified number of passengers when the

accident occurred. While 39 bodies were recovered till the evening, 27

5. Sangma hoping for a repeat of 1969 : Bhubaneswar : Claiming that his

prospects in the July 19 presidential election are “very good,” the former

Speaker, P.A. Sangma, said on Sunday that he was optimistic of a repeat

of 1969 situation when V.V. Giri had defeated the official candidate of the

received on Sunday a letter from Pranab Mukherjee, nominee of the

United Progressive Alliance (UPA) for President, seeking her support for

constituency, submitted a petition to Mukherjee on his campaign trail in

8. JMM to vote for Pranab : Ranchi : The Congress on Sunday thanked

the Jharkhand Mukti Morcha (JMM) for deciding to vote for UPA

Presidential candidate Pranab Mukherjee. “We are thankful to JMM chief

Shibu Soren for extending his support to the UPA candidate.[IE p7]

least three UPA allies- the Trinamul Congress. NCP and the DMK- are

sulking for different reasons ahead for the presidential and vicepresidential

elections. This has made Congress managers more

the next five years is expected to be cut by at least 20 per cent, a move

forced by slowing economic growth and a failure to meet investment

targets in the sector by a similar 20 per cent in the last five years.[IE p1]

will meet at NDA working chairman L.K. Advani’s residence on Monday to

member of the National Advisory Council (NAC), has expressed “surprise”

over the council’s reconstitution that saw three members — M S

Swaminathan, Harsh Mander and Madhav Gadgil — being dropped. The

have moved the Delhi High Court, challenging the summons issued on a

been indicted for bribery and spreading misinformation in an Army press

14. “Important Bills likely to be passed after Presidential polls” :

Chandigarh : The Union Minister of State for Parliamentary Affairs and

Planning, Ashwani Kumar, said on Sunday that in UPA government would

various “critical issues” including the banking and insurance sectors,

as Gopal Gandhi refuses to contest: NEW DELHI : Fragmented on the

presidential poll, the BJP led NDA is trying to pick up the pieces and

project a united picture in the vice-presidential poll. NDA constituent

JD(U), which is backing Pranab Mukherjee’s candidature for President, on

Sunday said the vice-presidential election cannot be equated with it.[ET

contest for the post of Vice-President, BJP is not likely to take any

17. Mamata Unique Ally, I Admire her: Khurshid, ‘Managing an alliance is

alliance job. We cannot buy a problem fixer for the day’ : NEW DELHI

: Congress leaders are hoping to win over the Trinamool Congress’

the coalition if it abstains in these elections. [ET p2]

19. Sept ideal for Rahul to step up role, says Diggy :New Delhi: While

and potentially lead it into the 2014 elections, September is being seen as

officer Kiran Bedi for allegedly misappropriating funds meant for her

NGOs, the crime branch has not found “any evidence” of misappropriation

by Bedi. Sources in crime branch said “they might soon file a closure

set to rejoin the BJP, saying such utterances ahead of Assembly polls in

23. BJP eyeing new UP caste formula : New Delhi : The BJP is eyeing a

Maharashtra ally not ready to accept such “pettiness”.[Pioneer Daily p1]

:In a magnanimous gesture, the Gujarat BJP has decided to snub the

tantrums raised by former Chief Minister Keshubhai Patel through his

Olympics as an official representative while he was opposing Suresh

Kalmadi’s visit on the ground of “ethics and morality”. [TOI p8]

27. DMK, AIADMK square off over Chennai land : Delhi/Chennai: The

to reclaim 63 acres of prime Chennai land, in another attempt by AIADMK

D.R. Shandil, a Congress Working Committee member and a former

Congress Member of Parliament from the hill State.[The Hindu p5]

29. BJP to farmers: Elect us, get interest-free loans : Bhopal: “Farmers

voted to power at the Centre in the 2014 general elections. It’s a promise,”

London Olympics and termed as “absurd” the demand for his

and lack of development of the region,’ in the Korchi tehsil of Gadchiroli

district of Maharashtra. The total number of resignations now stands at

on Sunday described as “incredible” and “unbelievable” allegations that

any Pakistani state agency was involved in the Mumbai attacks. [TOI p9]

of various residents’ welfare associations from across the Capital, senior

nightmare for the common man, citing the example of power distribution

gas tragedy victims. It was claimed that after the group of ministers (GoM)

agency dragged its feet. In 2005, the HC had granted a stay on the

summons against both Dow Chemicals and UCC in the case. [TOI p15]

Khurshid: Since you spoke to the Indian Express, the Congress rank and

file has been saying: “Thank you, Sir, for telling the world that the prince

has no clothes”. Of course, nobody has put it in so many words but, as in

the Orwellian crowd, they have all competed with one another in praising

you. So, one can afford to ignore your subsequent ‘clarification’ and seek

the true import of what you said.[Pioneer Daily p8]

36. Obama: No solution from outside on J&K, Says Stable Pak Will Be

Good For South Asia: Washington: Ruling out any solution from

“outside” to the issue of Jammu and Kashmir, US President Barack

Obama on Sunday underlined that disputes between India and Pakistan

can only be resolved by the two countries themselves. [TOI p14] 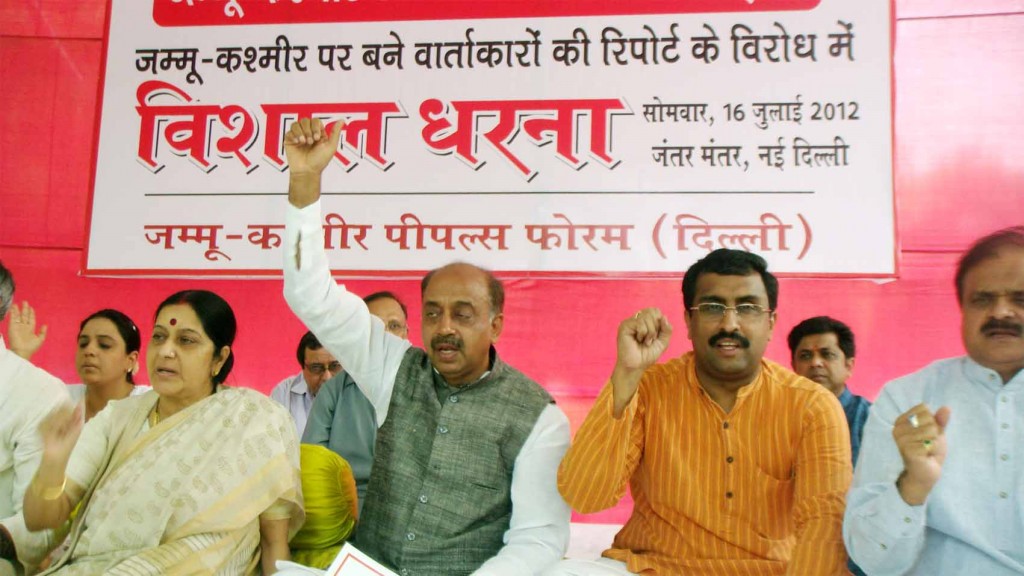