1. Saviour or ‘poodle’, asks UK paper about Manmohan : New Delhi: Hailed abroad not too long ago as a statesman and economic guru, Prime Minister Manmohan Singh is at the receiving end of increasingly harsh comment with British daily, The Independent, critiquing his tenure under a disparaging headline — “Manmohan Singh: India’s saviour or Sonia’s poodle?” [TOI p1]

Despite a pickup in rainfall last week, the southwest monsoon remains in

deficit by a significant 22%, almost certainly lowering annual production of

grains, pulses and oilseeds, the three crops where sowing has been worst

into the South China Sea muddle, China has put up a Vietnamese

petroleum block under exploration by an Indian oil firm for global

Notwithstanding her past reservations for Hamid Ansari, Trinamool

of supporting his candidature for a second term as the Vice-President,

although she is yet to take a final call.[IE p5]

candidature by Tuesday. Sangma said this while talking to media persons

after his arrival in Dehradun on Monday.[Pioneer Daily p4]

assume bigger responsibility triggered speculation about what his new

designation might be, with party sources not ruling out his projection as

the prime ministerial candidate in the 2014 general elections. [TOI p14]

8. No differences with BJP over Vice-presidential candidate : Nitish :

“no differences” with its alliance partner BJP, and that senior BJP leader

are struck)”. His colleague from Team Anna Prashant Bhushan said that

they had no problems with the candidature of Vice-President Hamid

the contents of the Jammu and Kashmir interlocutors’ report as “anticonstitutional”

and “singing to the tune of the separatists”, Leader of

Opposition in the Lok Sabha, Sushma Swaraj on Monday rejected it

11. Sonia to remain Chief but Rahul to Handle Party, Generation Next

Gandhi to graduate from dealing with youth Congress matters: NEW

DELHI : Sonia Gandhi will lead Congress in the 2014 general election,

even as her son and Congress general secretary, Rahul Gandhi, takes on

a larger role in mainstream of the party from September. [ET p2]

12. TMC to Abstain But Stay in UPA, Mamata Banerjee keen to avoid

chief Mamata Banerjee to support his candidature has not softened her

Monday ruled out an imminent walkout from UPA. [ET p2]

Hamid Ansari in the vice-presidential election. However, RSP has decided

should not succumb to US pressure, says Opposition :NEW DELHI :

Opposition parties have slammed US president Barack Obama for his

remarks on ‘deteriorating’ foreign investment climate in India. They said

BJP leader Keshubhai Patel has expressed his willingness to contest

angiography at a suburban Mumbai hospital on Monday after complaining

of severe chest pain.While he will require further medical attention in the

coming weeks following the discovery of three blockages, including two

major ones, warring cousin Raj not only cancelled a scheduled visit to

17. Lokpal : Anna questions relevance of RS panel : Ahead of their team’s

close associates on Monday questioned the need for referring the lokpal

among the political class on the bill were narrowing.[HT p15]

Nod Only For Builders Who Agree Not To Use Groundwater:

Chandigarh/Gurgaon: The Punjab and Haryana high court on Monday

issuing new licences to developers in Gurgaon unless they give an

undertaking that groundwater would not be consumed for construction

19. After 5 yrs, India to play cricket series with Pak, BCCI To Host 3

ODIs, 2 T20s In Dec-Jan: New Delhi: The wait is over. The Indian cricket

after the two rivals last met in a bilateral encounter. The Indian board

20. CBI closes 2G probe against Arun Shourie : New Delhi: One and a

half year after the Central Bureau of Investigation (CBI) registered a

Preliminary Enquiry (PE) to probe the 2G spectrum allocation during the

tenure of former telecom ministers in both NDA and UPA-I regimes, the

agency has closed the investigations against senior BJP leader Arun

21. CBI will not file any new case in spectrum scam : NEW DELHI: The

scam. The agency has closed its larger preliminary enquiry (PE) into the

irregularities in implementation of the telecom policy between 2001 and

that former Congress Member of Parliament Jagdish Tytler and former

Director-General of Punjab Police K.P.S. Gill should not be part of the

Directorate (ED) has registered a fresh money laundering case against

a Swiss defence firm to keep it off the government’s blacklist. Arrested by

the CBI last month, Verma and his wife Ancia Maria Neascu, a Romanian,

are currently in judicial custody.[IE p2]

contest the next Lok Sabha elections from his home state Madhya

comes to an end in November next year.[AA p2]

senior officials have told HT. Disclosures made by 26/11 handler

Zabiuddin Ansari, alias Abu Jundal, have only confirmed the assessment

that IB and R&AW both failed in analysing, disseminating and acting upon

intelligence that was fairly specific.[HT p1]

own game. His challenger is none other than G Karunakara Reddy,

brother of mining baron Janardhana Reddy, the beginner of “resort

Commission on Monday approved a Rs.8,200-crore Annual Plan for

28. Defamation Case : Army vice-chief, two others to appear in court :

their plea for stay on summonses issued to them. They will have to appear

before the trial court on Friday.[HT p12]

New Delhi : Having established the presence of serious faults along the

the service, the Union Urban Development Ministry is now going to

ascertain who is culpable for the shortcomings.[The Hindu p1]

Monday said safety parameters should be the top priority in operating

College and Hospital in Bareilly, UP — despite the Medical Council of

India (MCI) denying permission to the college to run an MBBS course.

police and district administration should initiate preventive steps to ensure

freedom, recommends a report submitted to the Supreme Court on

:The Uttarakhand High Court on Monday upheld the life term awarded by

nephew Rohit Chaturvedi and associate Santosh Rai in the Madhumita

36. On Your Marks, The BJP would have done better to pitch its own

horse for the presidential race: By finally deciding to field veteran leader

and parliamentarian Jaswant Singh as the NDA’s vice-presidential

nominee, the BJP has been slow off the mark. Singh will now contest

against Hamid Ansari, nominated by the UPA for a second term in office.

defence, finance and external affairs during the NDA regime. [TOI

37. Dribble That Reforms Ball, Manmohan Singh’s refusal to engage with

38. The journey of a First Information Report : N.K. SINGH: The Supreme

come as a jolt. Yes, the Supreme Court’s order is binding and must be

respected but, equally, it is important to record honest opinions on such an

important matter that affects the fight against corruption in high places.

The order was based on technical grounds which, in the view of many, are

Tue Jul 17 , 2012
Mumbai July 17: Rajya Sabha MP and BJP National Vice President Shri. Balavant Apte (also known as Bal Apte or Balasaheb Apte) is no more. He was 74 years old. He was one of the key ideologues of Sangh Parivar and has graced many posts during his lifetime, including the […] 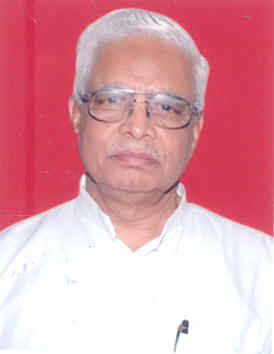