1. Antony guns for leak culprits, says they will be punished: New Delhi:

suggestion that Gen Singh has vehemently denied — defence minister A

2. Chief went to CBI against Lt Gen but Army HQ said promote him :

Antony : New Delhi : A day after The Indian Express reported that Army

against Lt Gen. Dalbir Singh Suhag, who is in line to become the Army

Chief in the next few years, Defence Minister A K Antony revealed that

Army headquarters had recommended the officer for a promotion only last

3. Both sides fume over ‘letter leak, Gen seeks meet with PM and

Antony today : New Delhi :The UPA government is learnt to be

: New Delhi :A Delhi court on Thursday took cognizance of a criminal

Army Chief V K Singh and four other top officers. The court of

:The Trinamool Congress MP whose May 2011 demand for a probe into a

was sent to the CBI by Gen. V K Singh this week, feels that the action on

his letter was “deliberately timed and motivated”.[IE p4]

will not hesitate for a moment to cancel any defence deal, even if it’s in the

stages of finalization after technical and commercial evaluations, if any

malpractice or corruption is found in it. [TOI p12]

criticized the leak of General V K Singh’s letter to the PM, calling it as a

9. No mortar to hold BRICS together: New Delhi: Top emerging

economies coming under the banner of BRICS on Thursday criticized the

West for financial mismanagement, called for a “merit-based” selection of

the next World Bank chief, rued the slow pace of reforms in the

International Monetary Fund, declared that dialogue was the only way to a

peaceful resolution in Syria and Iran, but failed to go beyond motherhood

statements and give the bloc a meaningful push. [TOI p1]

to their economic agenda at the Delhi summit on Thursday, joining hands

against the West’s policies on Iran and Syria. They also signalled

displeasure towards the West’s management of the global economy.[HT

China has lavished praise on India for checking protest demonstrations by

Tibetans during the BRICS summit, where Chinese president Hu Jintao

has taken cognisance of the apprehensions he had expressed about

is taking appropriate steps to quell such possibilities.[AA p2]

13. Is UPA trying to better TMC ties? : New Delhi:Having been put on the

backfoot on key policy issues, the Congress-led UPA appears to be taking

steps to improve its ties with the Trinamul Congress. The TMC leaders

claimed that finance minister Pranab Mukherjee has assured them to

14. Cong, BJP face civic poll hurdle : Lucknow : Even before the gloom of

the recent Assembly elections has been lifted, the Congress and the BJP

elections are due to be held in May.[AA p2]

Karandlaje as his proxy chief minister comes to fruition.[AA p2]

on Thursday highlighted the plight of Tibetan refugees, who are facing a

visit for the ongoing BRICS summit. The party termed it as a shame for

over ticket distribution for the Delhi municipal polls, LJP’s lone MLA in the

the judicial accountability legislation that seeks to set up a credible

mechanism to probe complaints of misbehaviour by judges.[TOI p17]

over issues like Telangana statehood and Setusamudram project. [TOI

A united Opposition on Thursday stalled the BSF (Amendment) Bill and

the Whistle Blowers Protection Bill in the Rajya Sabha, protesting against

the government’s ‘hurry’ to push them through. [ET p3]

21. CMs meeting should focus only on NCTC : Kolkata :West Bengal

Chief Minister Mamata Banerjee on Thursday said that she wanted the

22. Team of MPs to Visit Lanka, All-party delegation to be in Colombo

from April 16 to 21: NEW DELHI : In less than a month after India voted

for a UNHRC resolution against Sri Lanka, an all-party parliamentary

delegation is likely to visit Colombo. The delegation, led by leader of

Opposition Sushma Swaraj, is expected to be in Sri Lanka from April 16 to

further punished with a prison sentence, a trial court has said while

waiving the jail term in one such case. [TOI p1]

24. Govt forced to defer Bills in RS, left red-faced: New Delhi: In a

setback to the government, two important legislations — the Border

were deferred in the Rajya Sabha on Thursday, with MPs demanding

more time as they said the proposed laws deal with complex issues. [TOI

alleging that a middleman had offered his father, H D Deve Gowda, a

bribe when he was the Prime Minister to push a defence deal. Just as the

panel on illegal mining has recommended an investigation into

alleged kickbacks paid to companies linked to the family of former

minister Ajit Pawar on Thursday announced a partial rollback of the

stands at 3%, identical to that on kerosene for domestic use, which is an

29. this round to Sibal, but Nitish not done yet : Patna :The debate began

at a function at IIT-Patna last April. Chief Minister Nitish Kumar wanted the

Central University of Bihar to be set up in Motihari; Union HRD Minister

: When the Congress leadership issued a whip to its members in the

31. They hit the hustings to bring change, No Also-Rans: Eunuch &

reminding her municipal councillor about the bad roads, drains and

sanitation in the neighbourhood, Suman Kumari thought she could make a

from a BJP-ruled state. An international conference on cooperatives,

organised in Bhopal last month, was touted as a joint venture between

Sahakar Bharati, an RSS body, and the Madhya Pradesh government.[IE

Without Amenities: Lucknow: With the municipal polls in Uttar Pradesh

just over a month away, the state’s new government and some of Anna

taxes that has its roots in Delhi’s eastern suburb of Kaushambi. [TOI p7]

34. Sasikala disowns family to patch up with Jayalalithaa : CHENNAI:

35. Cong to Take on Jagan Loyalists on Growth Plank :HYDERABAD

:The ruling Congress in Andhra Pradesh would fight the ensuing bypolls to

17 assembly constituencies, which were represented by loyalists to

Kadapa MP YS Jagan Mohan Reddy, on the plank of development and

Samajwadi Party government in UP has withdrawn with immediate effect

the House. As many as 39 MLAs voted in favour of the confidence motion,

the ground that she was charged under a wrong provision of the law.[The

39. Candidates lose to invalid forms : NEW DELHI: The dreams of 904

municipal poll candidates, including two from the Congress party, have

ended. The state election commission (SEC) has rejected their application

forms, mostly because either the candidates had not signed their

nomination forms properly or had submitted the papers at the wrong

unauthorised constructions in the city, the party has fielded three

candidates who have had notices and court cases of illegal construction

The Gujarat government on Thursday extended the term of Justice

Nanavati commission, which is probing the 2002 communal riots in the

NEW DELHI: Even as political parties in Punjab demanded clemency for

the Supreme Court on Thursday expressed concern over terror convicts

getting support from politicians.[HT p10]

: The Supreme Court has granted two weeks to the Centre to state

whether Ram Sethu can be declared a national monument. A bench

matter for further hearing to April 19, after additional Solicitor-General

who have been stuck in a legal battle for years, here is some good news.

capital for more than five years will be disposed of within six months. [TOI

45. ‘Pak addicted to anti-India terror use’, Washington Helpless In

is not going to change any time soon, a key Pentagon official told the US

congress in a blunt and bleak assessment of the situation in the region. 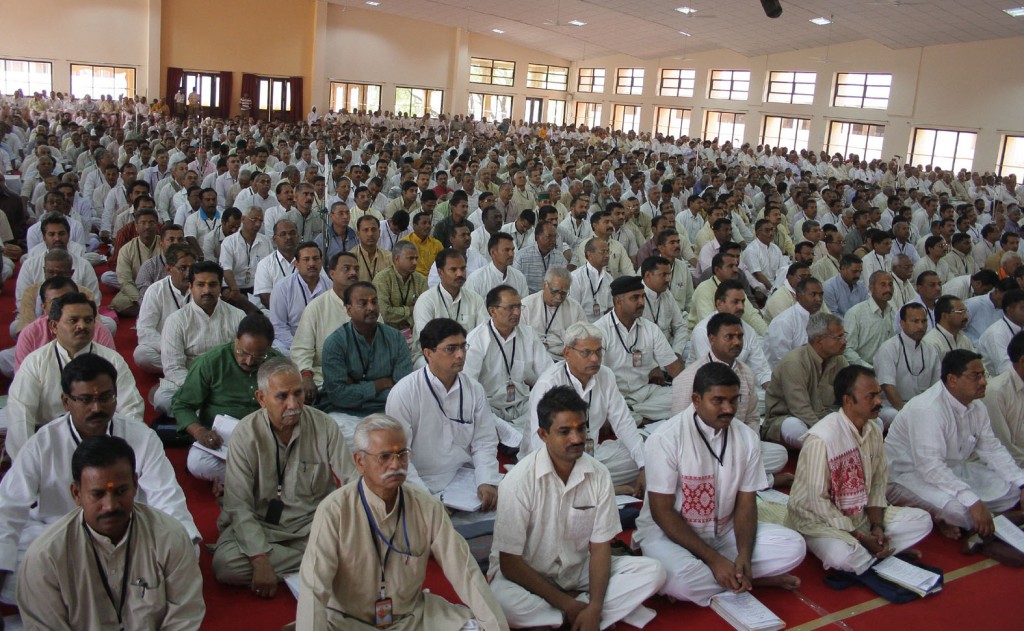