1. 200m Indians have no TV, phone or radio : New Delhi: One-sixth of the country, or 200 million Indians, don’t possess most basic assets like a transistor or television set, phone, vehicle of any kind or a computer. In three states — Arunachal Pradesh, Nagaland and MP— close to a third of the households own none of these assets. [TOI p1]

2. Half of India’s homes have cellphones, but not toilets : New Delhi :

Though half of all Indians do not have a toilet at home, well over half own

a telephone, new census data released on Tuesday show. These and

many other contrasting facts of life have come out in Census 2011. [The

various parties to seek amendments to the President’s address reflected

the Congress’s ongoing troubles with its increasingly restive allies and

gave an opening to the opposition BJP to fish in troubled waters. [TOI p9]

Uttarakhand soured on Tuesday with a full-blown revolt threatening the

as chief minister was marred by the absence of 24 party MLAs. Just eight

Congress MLAs attended it. Most of those who stayed away did so in

support of senior leader Harish Rawat’s protest against his candidature

drop plans to move an amendment to the President’s address, because it

would “destabilise” the government and give the opposition a chance to

Akram Malik, the alleged mastermind of the September 7, 2011 Delhi High

Court bombing, as an “avid Internet user” and believer in “leaderless

jihad”, drawing him in the likeness of former CIA officer Marc Sageman’s

Development (HRD) Minister Kapil Sibal has sought the cooperation of

BJP president Nitin Gadkari to get his stalled legislations passed in

Parliament in the Budget Session. The minister has offered to hold a

a path for moving forward on the reform agenda”.[IE p6]

8. BJP to target Ansari to get govt’s goat : New Delhi: The BJP plans to

adjourn the Upper House on December 27, 2011 on the ground that rules

of business specify that an adjournment due to disorder needs to be timebound.

Congress-led UPA-2 government, the Samajwadi Party, with 22 MPs in

the Lok Sabha, on Tuesday said it will ensure the Manmohan Singh

10. Govt Between Colombo and Chennai, Houses disrupted as DMK,

Parliament proceedings on Tuesday, demanding India’s support to the

accused and ex-telecom minister A Raja, and former telecom secretary

Siddhartha Behura on the ground that their alleged crime was much

amendments to President Pratibha Devisingh Patil’s Address to the Joint

14. Mamata refuses to back Cong’s candidate for RS : Kolkata : The

Trinamool Congress will not back a Congress candidate to the Rajya

Sabha from Bengal. This notwithstanding a request made by 10 Janpath

through a ‘special emissary’ Shakeel Ahmed, who last week called on CM

Mamata Banerjee seeking her support for his party.[Pioneer Daily p1]

officials, the Army says strict action is being taken against the serving

Party president Mayawati’s assets doubled during her chief ministership of

her nomination papers for the Rajya Sabha elections on Tuesday. [TOI

amendments moved by some of them to the President’s address, saying

the opposition could latch onto them to press for a vote. This could

amendments were not the norm. He added that a reversal in Lok Sabha

could prove fatal for the government. [TOI p9]

ceremony, expected to be attended by over 50,000 people, is being

right in front of the UP chief minister’s official residence. An eight-foot-high

podium is being constructed for the ceremony and the seating

arrangements will be done on a three-tiered basis.[TOI p9]

Samaj Party president and outgoing UP chief minister Mayawati on

indication that she will not move to national politics.[AA p2]

aspirants who wish to negotiate with political parties over ‘transaction’ of

votes in the elections to the Upper House.[Pioneer Daily p6]

22. Congress depends on independents to win in Rajasthan : Jaipur :

The ruling Congress has to depend heavily on the support of

their votes, being in judicial custody for their alleged involvement in nurse

23. Akalis spruce up oath-taking venue of Badal :CHANDIGARH: As

minister of Punjab for the fifth time on Wednesday, the swearing in

ceremony is gaining a lot of attention for its grandiose.[AA p2]

Tuesday took charge of the probe into the alleged disproportionate assets

of former Mumbai Congress chief Kripashankar Singh and his family

caused a flurry in the Karnataka BJP.[Pioneer Daily p7]

Court Seeking Protection: New Delhi: In an incident showing it is not

Special Police Officers––too that add to lawlessness in the state, the CBI

orders of the Supreme Court.[TOI p11]

27. Kerala bypoll: Fronts struggle : Piravam : How does the resignation of

affect the people of Piravam Assembly constituency in central

Bahuguna right at the time of his swearing-in on Tuesday, there is a

29. TMC Refuses to Back Cong RS Nominee : NEW DELHI : The

Trinamool Congress appears determined to push Congress to the margins

of West Bengal’s politics. On Tuesday Mamata Banerjee refused to back

30. After Didi, Nitish, too, skips Badal’s swearing-in, Jaya To Send An

Emissary For Ceremony: Chandigarh: The swearing in ceremony of

political stars descend on the historic battlefield of Chhapar Chiri near

here on Wednesday, but the prospect of the birth of another political battle

in the shape of a third front, has fizzled out with most of the ‘likely warriors’

and those calling for snap polls staying away. [TOI p15]

Uttarakhand CM is seen as a complete surprise and Harish Rawat, an

ultra party loyalist, was taken a back by it. Rawat stayed put in Delhi and

Bahuguna government. Even if the leadership succeeds in hammering out

a compromise by offering Rawat’s men plum ministries, it is likely to be a

today contended in the Supreme Court that the Haryana Assembly

2009 had denied the INLD a chance to come back to power. [The Tribune

Samaj Party president Mayawati in her nomination papers for the Rajya

Sabha elections has shown two residential buildings, one each in Delhi

and Lucknow. The market value of the two assets is Rs 77.54 crore. While

the commercial buildings were purchased in 2004 and 2005, the

many of them from the days of the Ram temple movement, has left the

party with little choice. BJP leaders say they will now have to rebuild the

party from scratch, filling its ranks -from “top to bottom“ -with fresh

election commission has decided to amend its symbol order. Earlier, the

than one contender. [TOI p7]

37. Funds misuse remark: Gupta hits back at CM, Says She Is Muzzling

Protests Against Her Govt: New Delhi: A day after CM Sheila Dikshit

by calling Dikshit a “dictator”. He said she was acting in a high-handed

Sampurna.Gupta also said he will file defamation case against Dikshit.

38. BJP on an overdrive to win Poorvanchali votes: NEW DELHI: In an

effort to appease Delhi, the Bharatiya Janata Party (BJP) may give as

39. Small parties come together to contest polls : NEW DELHI: A group of

contest the upcoming municipal polls in Delhi alleging that Congress and

Pradesh Government has decided to recommend a CBI investigation in

the killing of IPS officer Narendra Kumar. Speaking to media-persons in

Tuesday said his Government was ready for the CBI probe. [Pioneer 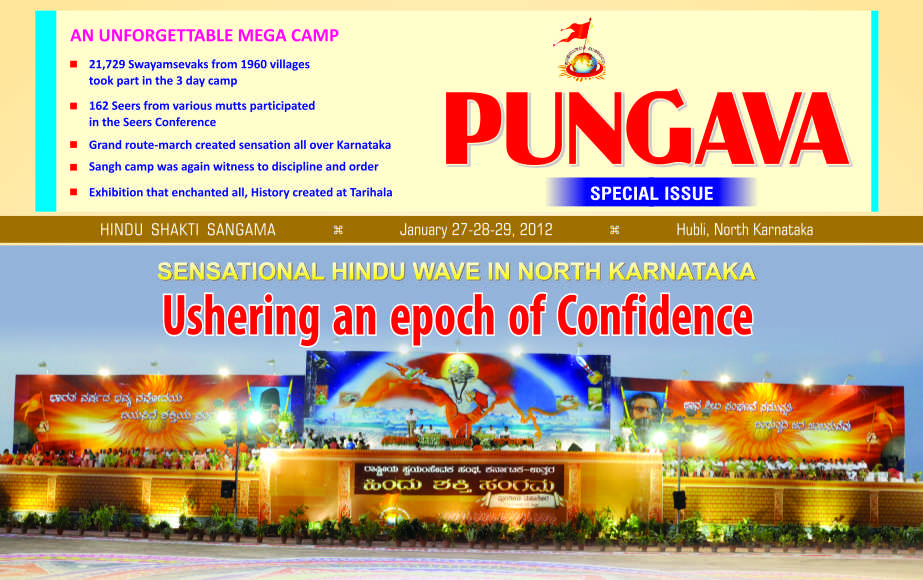