New Delhi: Data released by the Planning Commission on Monday

showed that poverty had significantly declined between 2004-05 and

2009-10. The catch is that this decline is based on a poverty line that is

even lower than the earlier Rs. 32-per-day mark that had triggered an

outrage when the government submitted it to the Supreme Court. [TOI

2. More poor now in Bihar, UP, Chhattisgarh : New Delhi : Bihar, UP and

the five years. Bihar and UP have between them 128 million poor people,

over a third of all of India’s poor, and roughly a tenth of the world’s poor.

court had upheld retrospective amendments to law in the past: NEW

DELHI : A controversial proposal to tax past cross-border deals in which

would pass muster even as some policymakers opposed the idea of

retrospective amendments, said a person privy to the development. [ET

war crimes has placated the UPA’s ally DMK. But if India does this, it

could signal a big change in India’s stand in the world body.[HT p10]

“bite the bullet” on its plan to cut fertiliser and petroleum subsidies, Prime

6. TMC walks out before key vote, but SP stays with government : New

on the issue of the National Counter-Terrorism Centre (NCTC).[IE p3]

are in the fray for the two Rajya Sabha seats from Jharkhand. The

8. Lokayukta notice to Govt. over provisional certificate for illegal

whether provisional regularisation certificates could have been granted to

unauthorised colonies without verification of their existence or any kind of

added two more Sahsarkaryawahs to its team, both from the younger lot

of front leaders and one of them a new face. Six other new faces have

Congress nominee Mukul Roy as the next railways minister. In July last

government prevailed in the Lok Sabha on Monday, defeating the

indirect help from the Trinamool Congress, SP and BSP but will be

it is precariously placed.[TOI p14]

Banerjee? For, the railways will hardly have any financial muscle to fund

(CAG) findings about alleged irregularities in purchase of intelligence

14. SC to re-examine relief for Lalu in DA case : New Delhi: The Supreme

appeal in a case investigated by the CBI. [TOI p13]

15. Jaya clears the decks for Kudankulam : Chennai : The long stand-off

between the Centre and the Tamil Nadu government over the

up the plant’s commissioning for over six months. [TOI p1]

electricity to its people.[HT p13]

government on the two Italians that the rebels abducted on Saturday

evening. The Maoists earlier asked the government to respond to their

Manmohan Singh government of “running a minority” government, the

“farewell speech” by the government.[AA p2]

nomination papers here on Monday for biennial elections to the Upper

leadership on Monday denied a Rajya Sabha berth to SS Ahluwalia, its

deputy leader in the Upper House, by conceding the fourth seat in Bihar to

21. Many unhappy with TDP, Cong choices in Andhra : Hyderabad : The

selection of candidates for the six Rajya Sabha seats from Andhra

Sabha elections uncontested as only three of them have filed their

polls. After giving the impression that it was on a war path with alliance

BJP reneged on its claim over a third seat to save the alliance.[ET p2]

Delhi: BJP on Monday gave in to pressure from its ally Janata Dal

Jharkhand. The concession led to a denial of ticket to BJP’s deputy leader

in the Upper House S S Ahluwalia for another term. [TOI p14]

25. BJD likely to clinch all Odisha seats : Bhubaneswar : With the filing of

on Monday, the outcome of the polls is now a foregone conclusion. Ruling

26. No contest for three Rajya Sabha seats from Rajasthan : Jaipur :

Springing a surprise, the BJP on Monday extended support to an

independent NRI candidate for the Rajya Sabha election instead of

nominating someone from the party on the last day of filing nomination.

that will fall vacant on April 2 belongs to the BJP. [TOI p14]

minister BS Yeddyurappa increased pressure on his party, BJP, to

reinstate him at the earliest. After transporting 55 loyal MLAs to a resort in

the outskirts of Bangalore, two days ahead of the presentation of the state

budget, Yeddyurappa fielded a rebel candidate, BJ Puttaswamy, for the

armtwisting by suspending Puttaswamy from the party . [ET p3]

chief minister BS Yeddyurappa digging in his heels, closeted with at least

50 legislators at a resort in the outskirts in Bangalore, the BJP central

leadership might be forced to reinstate him as the Karnataka chief

Rajnath Singh took up the problems faced by commuters on National

Highway 24 in the Lok Sabha on Monday. He blamed the highways

reportedly been missing for the past two days, police said on Monday.

West Bengal, saying that the party could not win without the support of the

33. Mulayam Happy with UP, Not Joining UPA , Why join the central

government when it has only about a year or so left, asks leader:

LUCKNOW : Samajwadi Party supremo has ruled out joining the UPA

government at the Centre, shortly after his party voted against a BJPsponsored

amendment to the President’s address in the Lok Sabha. [ET

34. SP Votes With Govt to Defeat Oppn Amendments to Motion of

Thanks : NEW DELHI : The government on Monday defeated

voted against the amendments. The Trinamool Congress and BSP

abstained from voting. The motion was subsequently adopted by the Lok

35. UP gets new DGP, over 50 officers transferred : Lucknow : Ambrish

UP may not have resulted in a churning in the Congress or BJP, but there

has been some finger-pointing in the CPM, which, not unexpectedly, drew

a blank in the elections. And in the line of fire is general secretary Prakash

37. Congress Yet to Sort Out Uttarakhand Problem, 11 MLAs refuse to

Ahead of chief minister Vijay Bahuguna’s cabinet expansion on Tuesday,

the crisis in Uttarakhand Congress continued with 11 MLAs refusing to

come around, 11 legislators from the latter’s camp on Monday did not

attend the nomination of Congress candidate MS Mehra for the Rajya

assembly, only one is likely to face action while the other two may be let

off for lack of evidence. A probe committee, set up by assembly speaker K

against Laxman S Savadi, according to sources. [TOI p14]

Commission has begun accepting nominations for the municipal polls,

candidates on Monday. The party, which controls MCD, is planning to

(NCP), which has two councillors in the present MCD, is banking on

former councillors and MLAs, and dissidents from other political parties to

better its toll in the upcoming MCD elections.[TOI p4]

Despite the model code of conduct being in force, the BJP-led MCD still

seems to be in a hurry to clear developmental projects. Several projects

that include the construction of roads, school buildings and drains were

43. Observers to pick the best in Congress : NEW DELHI: To select the

Delhi : The State Election Commission has kept in abeyance the decision

Municipal Corporation of Delhi in the three newly constituted Corporation

state election commission (SEC) has decided to remove the photograph of

chief minister Sheila Dikshit from its website. The decision was taken after

of the model code of conduct. The Delhi government’s website —

www.delhigov.nic.in — is the only link to SEC’s website. [TOI p7]

claim that there was enough material to proceed against Congress leader

Jagdish Tytler but the CBI had “deliberately” given him a clean chit. [TOI

49. SC notice to Gujarat on summon to Modi : NEW DELHI: The Supreme

Court on Monday issued notices to Gujarat Government and Nanavati

Minister Narendra Modi in connection with the 2002 riots.[HT p17]

industry regulator, DGCA, is considering the cancellation of its operating

Tue Mar 20 , 2012
Statement issued by RSS General Secretary Bhaiyyaji Suresh Joshi  on THE ISSUE OF NEW EVIDENCE OF ATROCITIES AGAINST CIVILIAN TAMILS in SRI LANKA The new evidence highlighted by sections of media points to large scale violation of human rights in Sri Lanka during the final stages of the conflict in […] 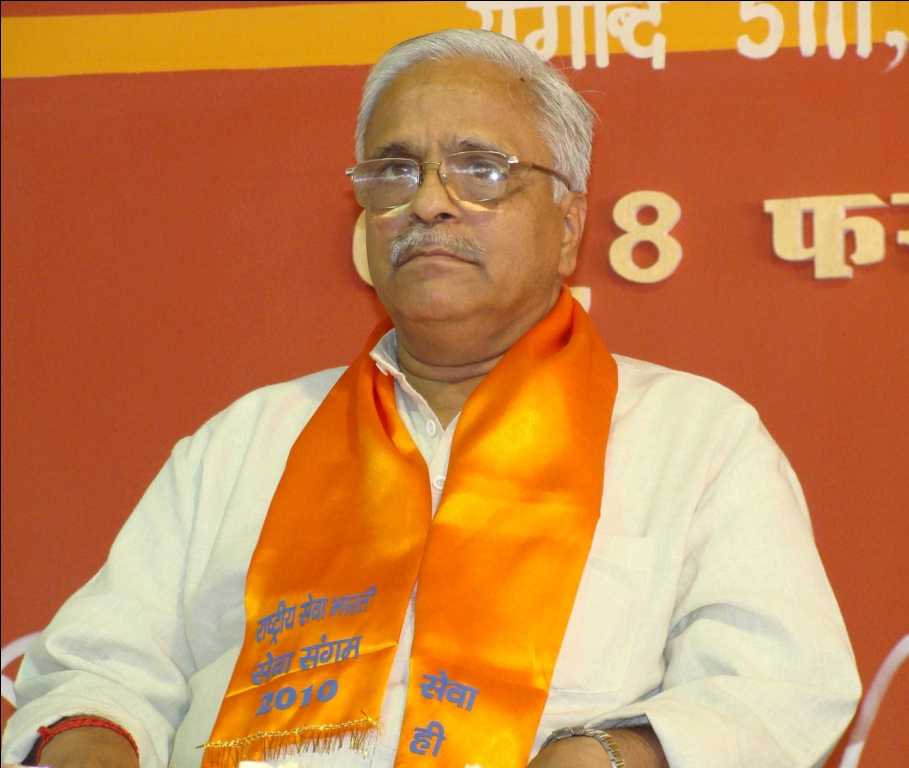