1.  BJP to oppose Cong candidate for President, Ready To Back Kalam If SP Endorses Him:

New Delhi: BJP on Monday opposed Congress’s bid for a consensus over the presidential elections, saying that it would not support any Congress candidate, but reached out to the non-UPA players for an understanding. [TOI p1]

2.  Ansari, Pranab Cong Choices for  President, BJP says no to both

DELHI : Congress has asked its coalition partners to choose either vice-

president Hamid Ansari or finance  minister Pranab Mukherjee as the

UPA’s presidential candidate. With BJP ruling out support to any

Congress nominee, a contest is likely for the presidential poll. [ET p2]

3.  Karunanidhi : A few names figured in talks with Antony : Chennai :A

day after he held discussions with  the Congress emissary, Defence

Minister A K Antony, on the potential candidates for the Presidential

indeed considered during the meeting on Sunday but refused to name

has resulted in President Pratibha  Patil — as she ends her tenure —

having cleared a record number of mercy petitions.[IE p4]

Asim Azmi and four others for making inflammatory speeches to incite

communal violence during a rally in 2000. Metropolitan magistrate

7.  India to get more info on Swiss a/cs: New Delhi: India and Switzerland

authorities get more information on those illegally stashing wealth in Swiss

Chief Election Commissioner S.Y. Quraishi on Monday admitted that the

was appointed to the post in 2009 for three years, and his term ends in the

Central Bureau of Investigation registered a preliminary enquiry (PE) into

2G spectrum allocation during the tenure of telecom ministers since 2001,

Shourie as it has not found any irregularities during his tenure. [TOI p10]

Brahmaputra on Monday evening in Assam’s Dhubri district, with the

government takes immediate steps on a war-footing to address problems

faced by farmers due to patchy policies, slow procurement in face of a

bumper crop and a lack of storage space.[HT p13]

crisis arising from a severely-fractured Assembly struggling for the Rajya

Nitin Gadkari’s invitation for a meeting in Delhi.[AA p2]

14. BJP open to non-Congress candidate idea : New Delhi : On whether a

be acceptable as a presidential candidate, Leader of the Opposition in the

Lok Sabha Sushma Swaraj (BJP) said the BJP was open to the idea. “We

can have an understanding with non-Congress parties where we support

candidate,” she said, adding, “We will contest to win. We will work out the

particular about its inviolability.  But BSP supremo Mayawati on Monday

16. Adarsh scam: Ex-CM Chavan in dock for laundering: Mumbai:  The

Enforcement Directorate (ED) has registered a case of money laundering

against former Maharashtra CM Ashok Chavan and the 13 others named

by the CBI as the accused in the Adarsh scam. [TOI p1]

under the Prevention of Money Laundering Act against the Adarsh scam

accused only when the bench, led by Justice Sharad Bobde, said, “You

must leave the conclusion to the courts.” [TOI p14]

(NCTC), arguing that such a body would help deal with hostage situations

minister P Chidambaram has dismissed suggestions that the Centre did

not adequately respond to the hostage crises in Odisha and Chhattisgarh.

indignation against his legislative agenda, the Rajya Sabha on Monday

status through an Act of Parliament. [TOI p12]

hearing the 2008 cash-for-vote scam  case, on Monday pulled up Delhi

operation to the accused. [TOI p13]

22. Abducted collector could be freed by tomorrow, Interlocutors

Against Reds: New Delhi:  Hopes for the release of abducted Sukma

appointed by the Chhattisgarh government and  those named by the

Maoists agreed on setting up a committee to review all cases, including

those of Maoists, against whom a probe or prosecution is pending.  [TOI

violence in Udham Singh Nagar on October 2, 2011, in which four people

major Telenor on Monday wrote off its remaining fixed and intangible

assets in India worth Norwegian Krone 3.9 billion (over $680 million or Rs

brokers; he promises to revamp the party in 3 months: LUCKNOW :

Congress general secretary Rahul Gandhi was back in Amethi and Rae

Bareli to listen to voters, nearly two months after the Congress debacle in

Uttar Pradesh. Party workers were upfront and blunt in their criticism of

the Congress campaign style and the  coterie around the Gandhi family

members, blocking out people from meeting their leaders. [ET p2]

seeking to make ‘irretrievable breakdown of marriage’ as a ground for

well as the Opposition attacking the changes. [ET p2]

Pulling up the MCD for non-compliance of its order, the Delhi high court on

Monday directed the agency for immediate removal of obstructions from

Commonwealth Games flats near the Akshardham complex in Delhi. [TOI

Congress-led state government on Monday assailed BJP for the poor

financial condition of the civic bodies. In her quest to overcome the

Meira Kumar, in which a BJP Lok Sabha MP has been allegedly shown

receiving cash and in return promising land to a private party.[HT p15]

dominated the Lok Sabha on Monday. The Government’s refusal to spell

out its stand on Telangana and complete silence on storage and

procurement problems faced by farmers led to a chaos in the House.

Slogan shouting, exchange of heated words and boycott was the order of

batted for him, attacking the BJP instead.[HT p15]

Meenakshi Natarajan was scheduled to introduce in Parliament last week

media in the name of “protecting national interest”.[IE p1]

unexpected U-turn, after five rounds of talks, negotiators  from the Maoist

Comptroller and Auditor General demands from others, an embarrassing

figure finding its way into a report tabled in Parliament.[IE p1]

Delhi :Roads in Rajasthan are getting a lot of attention under Road

the state’s Bhilwara seat. Over the past year, Rajasthan has got more

national highways than any other state, and nearly 50 per cent more than

the next biggest beneficiary.[IE p1]

by the House and approved by the director of local bodies.[TOI p5]

Azad Singh, were elected unopposed as mayor and Deputy Mayor of the

least 75 complaints of corruption and misconduct against serving judges

To Hear Her Bail Appeal Today: New Delhi: More than 14 months after

jail as an under trial on Monday. Nupur surrendered before the designated

41. Qaida gets a new chief in Pakistan, 30-Yr-Old Farman Shinwari’s

Brothers Were Involved In Terror Acts In J&K: New Delhi: Al-Qaida in

International has reported. A few of his brothers have “fought” in J&K with

Tue May 1 , 2012
A WORD OF CAUTION FOR INDIA A recent addition to my personal library is a glossy, picture book titled – “100 CITIES OF THE WORLD : A journey through the most fascinating cities around the globe.” As I glanced through the Contents listing the hundred, Continent-wise, I was struck by […] 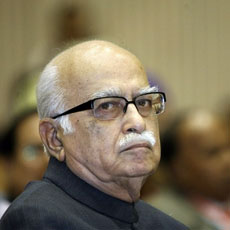