WHILE travelling all over the country, I come across many youth who are unhappy and dejected with the national environment. They are concerned about the unhealthy developments in all spheres of life and seek immediate and drastic change. Their concerns are genuine and whenever possible they display their anger on the streets on several issues. Soon they realise that instead of becoming agents of change, their protests itself have become a new problem. Majority of them do not know how and where to proceed for change. There are many reasons for this dilemma. Most important is that they also do not have any immediate role model whom they can imitate. Another reason for confusion is that the change is sought in many directions for the sake of it. There is no clear direction about what the ‘change’ should be and what should be the means to achieve desired change.

One who wishes to bring a change should first ascertain whether he/she knows the character of this country. There should be a sense of belongingness about all sections of people in society. We should have pride in our uniqueness while respecting unique quality of others. Swami Vivekananda had emphatically called spirituality as the soul of India. This spirituality has to be understood in the right perspective. It does not mean complete renunciation from materialistic progress. Both spiritual and material progress, are equally important in our culture. Nevertheless, materialistic growth has to be guided by Dharma. Dharma is not religion, but a collection of rules to be followed by all to sustain and to progress together. That is why we never envisaged materialist-consumerism (bhog) driven society, but a society based on promotion of tyaga (sacrifice). Everybody has something in excess, time, money, ability to work, to think or any other resources. If everyone decides to share what he has in surplus for the society, the change will automatically take place. This is possible with understanding and living our philosophy of Sarve Bhavantu Sukhinah (May all beings be happy).

Once we understand this nature of our nation, it is necessary for those who are leading for change should first have the desired qualities and observe self-discipline in their life. It is said that the only thing that one can change is ‘self’. Many people blame the system for corrupt practices in society. We should remember that individuals make and implement the system. To change the system individuals have to change their mindset and at the same time, such individuals need to create pressure within the system. For instance, we should pledge to be always punctual. Following the rule of law is another prerequisite. Can we pledge not to drive without a valid licence and always follow traffic rules? Can we also take a decision that we shall throw the garbage only in dustbin and not anywhere in the street, park or house? In every field, we have to take a vow. If I am a student, I should vow not to indulge in any unfair practice during exams. If I am a teacher, I should teach only after preparing for the class thoroughly. If I am an industrialist my products, be it a tiny pencil sharpener or a  big automatic machine, should be perfect. If I am a trader the goods that I sell should be perfect in quality and weight. These standards and ethics have to be followed in every walk of life. The system may be faulty and we should raise necessary voices against it, but following unfair and illegal practices is no remedy. There has to be a sense of individual and collective social responsibility. So if you want a change, be part of it.

I remember an incident in Baroda (Gujarat), where Sri Ram Katha by Shri Morari Bapu was going on. Lakhs of people coming from nearby places used to assemble to listen to the Katha. There were many auto-rickshaw drivers who ferried people free of cost from bus stand to the venue. This gave an impression to me that the auto-rickshaw drivers are very dharmik. After three months, I saw another scene in the same city. During the strike of city buses, a large group of auto-rickshaw drivers charged the passengers for more than triple. That showed that they were not dharmik in real sense. It happened because of lack of collective responsibility.

Once we prepare ourselves for change, then we should set our priorities right. Top priority in the agenda for change should be the education system—both the content and purpose. The modern system produces only marks-seeking and moneymaking machines. That is why only accumulating maximum money has been the ultimate objective of life. The people, found involved in the recently exposed scams involving millions of crore of rupees, were neither uneducated nor they were poor. Still they indulged in malpractices to accumulate wealth. It shows that the basic samskaras are missing in our education. Swami Vivekananda said that true education is manifestation of perfection in man, which is already there in him. Education should make the life sarthak (meaningful) and not just safal (successful). Sarthak means returning more to the society than what we have received from it. On the basis of this surplus wealth accumulated every person in the society becomes rich. I know a doctor, who after completing education from Mumbai, went to a village in Latur, Maharashtra. When his friends came to know about this decision  and questioned him by indicating that he was spoiling his career his reply was that the people from my area do not have even the bus fare to reach Mumbai for treatment. As he was determined to serve the people who needed him the most, he could lead a meaningful life.
Another important point for change is economy. The objective of economic progress should be self-reliance. Many a times, malls

and IT parks are considered as the sign of progress. Information and communication revolution has increased our GDP but the growth is not evenly percolated to the rural masses. Without understanding our needs of self-reliance, allowing multinational corporations to take control of our resources is suicidal.

Westernisation, in the name of globalisation, is just exploiting the smaller countries and creating divides within nations. We always had trade and cultural relations with many countries of the world, but those relations should be on our terms. Blind imitation of the Western model of development is not a solution for economic underdevelopment. Economic development is interwoven with the environmental concerns. In Indian tradition, ‘live with nature’ is intrinsic mantra of development. For instance, planting ‘tulsi’ at the corridors of our households did not come from any environmental movement. By following small practices from our tradition we can make sustainable use of environmental resources (like water, fossil energy etc.) should become part of our life.

Today, political system and political power seems to be dominating all spheres of life. It also needs change. Ravindranath Tagore had stressed the need to have samajnayaks (social leaders) and not rajnayaks (political leaders). Vinoba Bhave also said that more dependence on state power makes the society lazy and poor.  It is definitely not part of our ethos. Traditionally state power was responsible for protection from outer invasion, maintenance of law and order and create a conducive atmosphere for everybody to perform ones duties to make good for the society. Political and state interference in every sphere of life is neither desirable nor required. It makes individuals and society dependent on outside forces, instead of becoming self-reliant. Diversity is natural and to perceive unity in diversity has been  our strength. It should not become a weakness. Some politicians for their vested interests are inflicting divisive feelings for vote bank politics, but it is our responsibility not to be misled. These petty individual and group interests can give us temporary benefits but in the end, they divide us based on local identities. Our national identity should be supreme, where all other identities melt down. Then only our national life will thrive in a collective sense.

Planning is another important sector, which needs immediate attention. Most of the economic and infrastructural developments that are taking place today are urban centric. Farmers and villages are continuously neglected. Cultivating food and farming is the real wealth of India.  Therefore, agriculture should get top priority. Our planning should be such that apart from facilitating agriculture, energy, education, water, health and opportunities for employment should be available to all in the villages. There are many sectors supporting agriculture where we can contribute. Food processing, water conservation, solar energy is there to name a few. We cannot define the agenda for change by working only in urban parts of India. The rural India is the place where true India lives. If the problems are of Indian society then solutions also should be Indian. By bringing villages in the mainstream process of development we can make the real change.

Technology has become an important factor. Technology with a human face and a holistic approach to development is welcome. We should use it in a positive sense for bringing change in every sector without becoming over dependent on it. All the sectors mentioned above are interconnected. The way and approach of life that provides solutions for these sectors is Ekatma Drishti (Integral Approach) provided by the Indian culture. We just have to look at our history and traditions positively.

It is beyond doubt that the youth have ability to make change possible. Before taking any step forward, they should know the real character of Bharat. For desired change, be part of the change by following the simple steps of Bharat ko Mano (Have Pride about Bharat), Bharat ko Jano (Know Bharat), Bharat ke Bano (Live Bharat) and Bharat ko Banao (Build Bharat).
(The writer is Akhil Bharatiya Prachar Pramukh of RSS. As told to Pramod Kumar of Organiser, New Delhi) 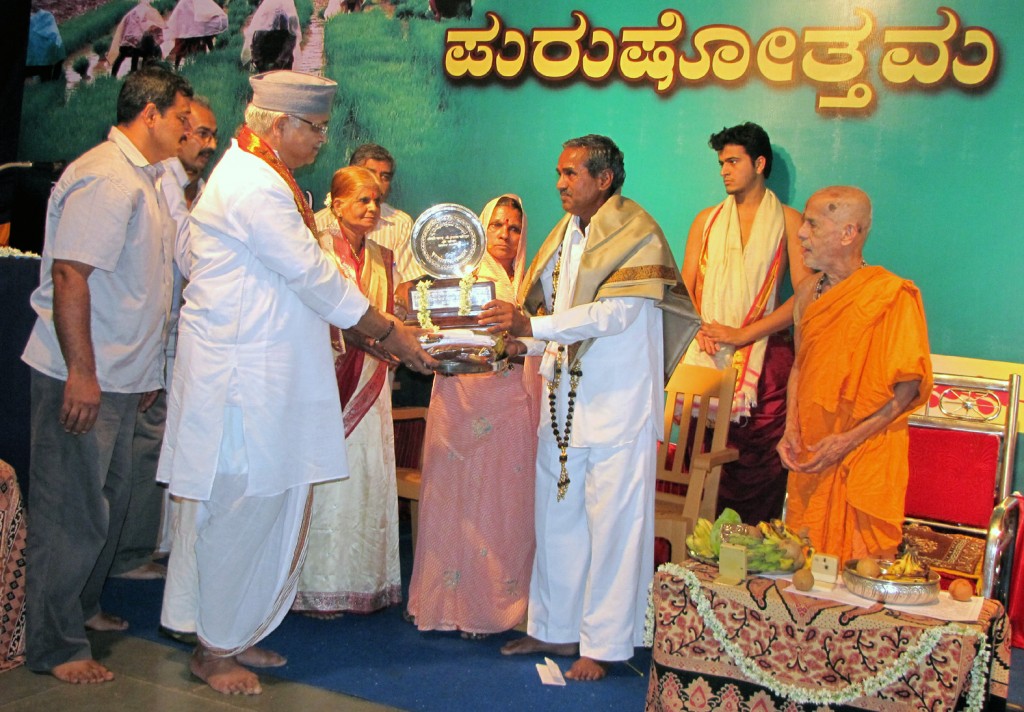