It looks so odd to know that it has been more than six decades since the establishment of Pakistan, no doubt Pakistan was made for Muslims but as citizen of Pakistan rights are equal to majority and minority. Minorities in Pakistan belong to several religions which includes; Hinduism, Christianity, Sikhism, Buddhism, Jewism and Ahmadis. As per the current census by Election Commission of Pakistan it is reported that there is majority of Hindus in Pakistan of the total minority. These Hindus are further divided into two major classes’ i.e. Upper Caste and Lower Castes Hindus. Upper caste Hindus is group of several communities having lots of money and has the ability to purchase whatever they wish. These upper caste are only 15% of the total Hindus population in Pakistan. Lower caste Hindus are commonly known as Scheduled Caste Hindus or Dalits in Pakistan. Dalits is a group of 42 castes with low income and low purchasing power. Dalits comprise 85% of the total Hindus population. Dalit community in Pakistan is the most vulnerable of the minority.

In Pakistan Sindh province is the only province with majority of Hindus. Dalits abode in every district and every village of this province. These Dalit is the most neglected community in every sector i.e Education, Health, Employment etc. Education is the basic right for every child but Dalit children are neglected of it. Dalits relate themselves to agriculture workforce due to lack of education. Literacy rate of Dalits as per a report of International Dalit Solidarity Network is only 16% out of which 0% is post graduate, only 1% is graduate. Majority of Dalit students have to leave their education between primary and middle because of low income of their parents. These children have to work with their parents to earn some money for two times food a day. The study of many children is affected during drought in Tharparkar when they have to move towards other areas of Sindh for earning some money for food and other necessities.

Government of Pakistan inaugurates several programs for education and health. Unfortunately these programs are not started well due to corruption at a highest level. Somewhere these programs are started but do not work well due to mismanagement. Before the start of 7th decade to the establishment of Pakistan it was hard to admit Dalit children at private schools in areas with upper caste dominancy, Dalit children were refused each year saying “No vacant seat available” which was available for upper caste students anytime. In government schools there is no system of education i.e, if students arrives then teacher is absent from school. Teachers do not come to school because they are prohibited to go to schools by Landlords of these respective villages. Teachers also don’t go to school because there is no check and balance system of either a teacher is coming to school or not. They get their salaries at the end of month even if they not join school a single day.

There are some schools operated in Rural areas of Sindh by national and international NGOs, these schools play a vital role for the development and education of children as they teach and motivate children to studies and parents to let them learn. Schools operated by NGOs are only to primary level which students pass and try to study further but unfortunately after middle its hard for majority students to continue their studies due to fees. As per IDSN report out of these 16% only two 4% hardly reach to Matric and only 2% to Higher Secondary Schools.

A survey conducted by Pakistan Hindu Seva in 2011-2012 says that Scheduled caste Hindus (Dalits) in majority does not let their girls to study even to primary schools as they say there is insecurity for teaching girls i.e, whenever they go to schools they become a part of society and are abducted without any fault who are then converted to some other religion. Some of the respondents in that survey also said that they don’t let their girls study because they work to collect grass for their livestock.

In Pakistan parliament approve thousands of programs for Health, Education and poverty reduction during each span of their reign but none of the program specifically focuses the issues of Dalits. It is therefore too hard for Dalits to survive, and to get education, health facility and employment etc. Due to low literacy rate Dalits face problems for basic human rights which includes bonded labor, a seta in the bus, behavior of people at public spots etc. It is found that at many places Dalits are provided work of sanitation even they are primary or middle passed. There has been a revolution after the end of 20th century which eliminated discrimination worldwide but could not effect my country. Government must know that minorities are a valuable asset to this state as they are dwelling there before the establishment of Pakistan, as a citizen of Pakistan it is their right to get complete and free education, good health facility at hospitals, proper freedom and employment as per their eligibility.

June-15: Talk on 'Kashmir: The New Challenges' In Bangalore 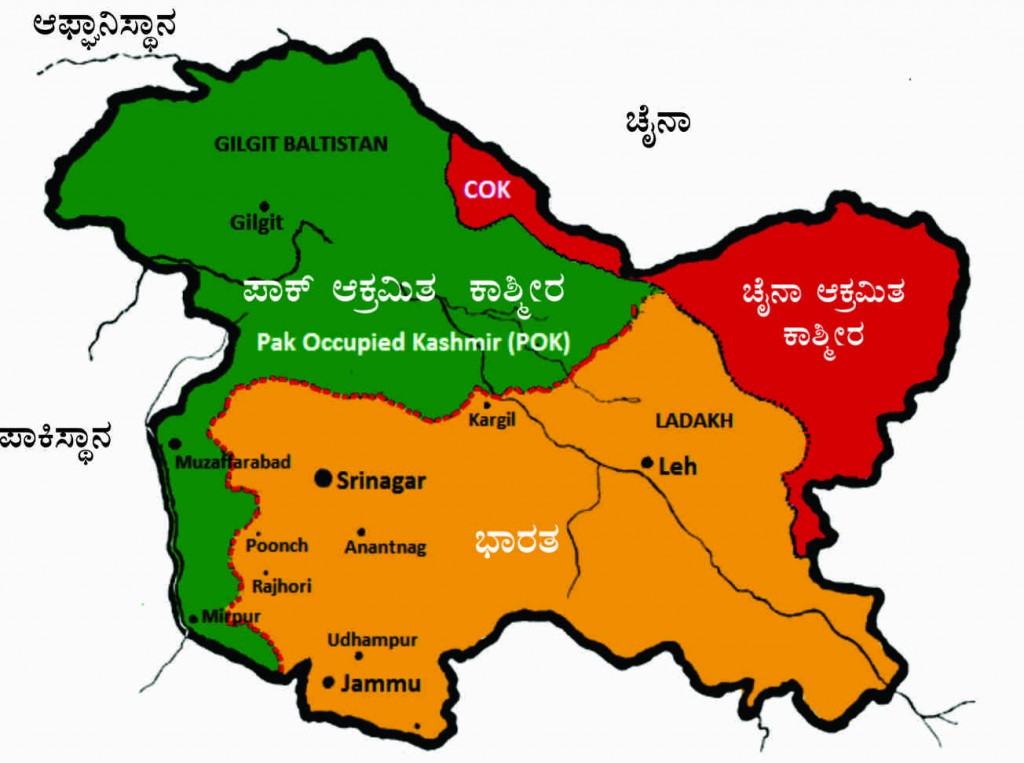