PUNISHING PERPETRATORS, NOT ABANDONMENT OF MINORITY HINDUS OF J&K WILL SOLVE THE PROBLEM

Driving out the Hindus from the Kashmir Valley was a key component of Pakistani plan given in “Operation Topaz” and published in one of the
issues of the India Defence Review in 1988. This plan was completely in tune with the objective of communal mobilization set in motion in Kashmir since 1931, which succeeded in capturing state apparatus in 1947. Indian policy makers knew it even before the onset of terrorist violence. But the situation was allowed to go out of control for petty political interests.

The mass extirpation of Kashmiri Hindus in 1989-90 is a tragic event of the history of post–independence India. Kashmiri Pandits had not experienced a cataclysm of this magnitude in the past. The tragedy is poignant because it happened in a secular and democratic India; Kashmiri Pundits became its victims because they identified themselves with the secular ethos and pluralistic character of the Indian state and complimented re-building and re-shaping of progressive and outward-looking Kashmir.

The exodus of minority Hindu community was not a chance happening. It was the result of a deep and calculated conspiracy initiated, sponsored, aided, abetted and mentored by the State of Pakistan in collaborations with some global players. This instrumented religious terrorism created a mass uprising in the length and breadth of Kashmir Valley.

A good chunk of population of Valley’s majority community collaborated with religious extremists-terrorists with obvious motive of disrupting peaceful coexistence Kashmir.  Expansion of extremists and religious fundamentalists resulted directly in squeezing the pluralist secular space. Minority Hindu community was progressively purged from the economic, political, social and lastly from the territorial life of Kashmir. This elimination process continues even after the displacement by a process that attempts to erase the imprints of their civilisational ethos from the geo-cultural history of the land.

The plan to eliminate Minority Hindus was executed more or less carefully. While almost full-dress rehearsal was conducted in 1986. After selective targeted killings in most sadistic manner, it was 19th January 1990 that proved to be proverbial last nail in the coffin of secularism in Kashmir valley. It was the day when almost entire Muslim Population of Kashmir was on roads raising highly objectionable anti-Hindu slogans. Mosques through public address system were declaring a war against minorities. Pundits were asked to leave within 24 hours.

The situation was allowed to take such a serious turn and the government continued to handle situation ineffectively without realizing the damage it caused to the country, the miseries it bought to the people and the long term implication for the nation as a whole.

The National Human Rights Commission (NHRC) in a ruling on 11 June 1999 stated that “Against the stern definition of the Genocide Convention, the Commission is constrained to observe that while acts akin to genocide have occurred with respect to Kashmiri Pandits and that, indeed, in the minds and utterances of some of the militants a genocide-type design may exist, the crimes against the Kashmiri Pandits are near-Genocide and not Genocide.”

The NHRC has clearly noted down in its ruling that it was due to the stern definition of the Genocide Convention that the Commission is constrained to observe that acts akin to genocide have occurred with respect to Kashmiri Pandits.

The formal definition of the Genocide came in the 1948 Convention for the Prevention and the Punishment of the Crime of Genocide. It was declared to be a crime under international law–either in times of war or peace.  Decades after the legal definition was drafted; scholars remain unable to forge an agreement upon what genocide is and what it consists of.  “Ethnic cleansing” has also been used to describe a group of people of similar nationality, race, or religion who are experiencing any kind of action which they consider objectionable. Whatever way the debate settles, the fact remains that both “genocide” and “ethnic cleansing”–as words and concepts—means any of the following acts committed with intent to destroy, in whole or in part, a national, ethnical, racial or religious group, as such:

(a) Killing members of the group;

(b) Causing serious bodily or mental harm to members of the group;

(c) Deliberately inflicting on the group conditions of life calculated to bring about its physical destruction in whole or in part;

(d) Imposing measures intended to prevent births within the group;

(e) Forcibly transferring children of the group to another group.

When we take into consideration what the Hindu Minority of Kashmir had to face; we realize that the community is facing total elimination. It satisfies definitions of both Genocide as well as the ethnic cleansing.

From 1998, communal massacres gathered momentum and in scale. In 1998, 132 civilians died in six massacres conducted across the State and in adjoining Himachal Pradesh. In 2001, 108 people were killed in 11 major incidents, while 83 people were killed in five incidents in 2002. Most of these killings targeted desperately poor communities in the State’s more remote mountain regions.

In two hamlets in Budhal’s Rajouri area, while women in the village were ordered to prepare food for the terrorists, 11 Hindu men aged between 18 and 57 had their throats slit one by one.  Such brutally inhuman was the Method of killings that medieval barbarism will pale into insignificance.

Over Two decades have passed by since that day, and three hundred thousand “migrants”, ethnically cleansed from their millennia-old habitats in the Valley of Kashmir are still eking out a miserable existence in refugee camps and rented rooms in Jammu, Delhi and other cities.

Their properties have been encroached upon by individuals and also organized groups. Even the government has found the minority property to be soft target for acquisition. Under distress they have sold their left-behind properties at a throw away price because they need to make both ends meet. That is the story of a small religious minority made refugees in its own country— a secular democratic country of which Kashmir was “the symbol of secularism” in the eyes of Indian political stalwarts.

It is very essential for all those who take pride in secular democracy of India to come forward and raise their voice in support of the victims. It is equally important to book perpetrators for the crimes they have committed and bring them to justice. Abandoning the victimized community will only encourage the divisive force.

The return and rehabilitation of the community back in the place of its origin would mean a total reversal of this process. The essential components of any return policy will contain:

a)     A comprehensive analysis of the circumstances that led to the ethnic cleansing of the entire Kashmiri Pandit Religious Minority Community from the valley.

b)     Enforcement of the rule of law on the ground, measurable and verifiable that ensures effective working of all the institutions of the modern state without fear and favour.

c)      Affirmative action on the part of the state to encourage and ensure meaningful participation in every activity of the modern life.

d)     Constitution a Commission of Enquiry headed by a sitting Judge of the Supreme Court of India to probe circumstances and fix responsibility of ethnic cleansing of the entire Kashmiri Pandit Religious Minority Community from the valley in early 1990.

f)         Politically Empower the by community by affirmative action like adequate reservations both in the assembly, the Parliament and local bodies.

h)      Take urgent steps to protect and preserve the age-old heritage of the community handed down in the shape of temples, shrines, worshiping places and pilgrimage sites etc. The draft bill pending in the Legislative Assembly should be passed without any further delay. 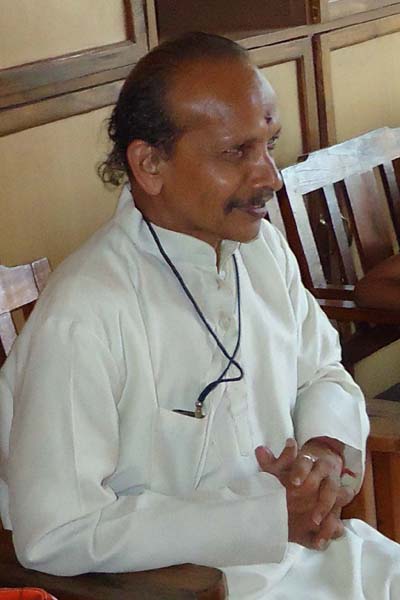