Hindus have not fallen from Mars. They do live on the same Planet Earth and therefore they should have aspirations similar to what others have. Equality, you know! Good point! Strangely, all such modern idioms suddenly spring up when it comes only to Hindu aspirations. All others have a right to their own aspirations as their own religious entity but Hindus! Christians can sing their prayers and force Hindu, Muslim, Jew and other kids in the Convent schools to sing Christian prayers if they wish to continue in the school. Muslims can halt work wherever they are, spread a cloth and start praying five times a day. But Hindu kids cannot wear a tikka orhenna. If they go to school with these, they are punished.

Trivial! I know, some may say, how trivial! Can these be aspirations! May not be but the symptoms of the disease are seen much earlier and many a time in smaller ways. In a democracy, majority decides who will rule and yet in the largest democracy Bharat, majority is not able to anymore assert who will rule! 18 per cent minority decides not only the rulers but also the policies that decide the future of Bharat! It is because this minority votes decisively and unitedly. They sure vote for different political parties; but that’s politics; their polity is the same: Islamic power. It shows. It shows in the policies by the states and the Union government re-education, employment, bank loans, business licenses and even in the Marriage Acts! Hindu Marriage Act is made and interfered with by the government. Nobody dares to touch Muslim marriages that vouch on sharia!

Not even the individual and familial rights and we are discussing Hindu aspirations! Yet we will. Hindus as the most ancient living civilisation, have their intrinsic aspirations to their security—security of their lives, monuments, culture, languages and day to day lives based on their traditional and modern beliefs. Add to these the security of a living of their choice, staying at a place they like, wearing their own traditional or choice clothes, working wherever they wish and so on. But even here, Hindu aspirations are curtailed. 18 per cent are showered with reservations as if it is their right. Quota system based on voting patterns connect (or, in the case of Hindus, disconnect!) directly to the polity and definitely it is not Hindu.

Just say a word ‘Hindu’ and not only you would be termed ‘communal’ but you will be harassed even in the Copy Right or Trust Registration departments with anything starting or ending with the word ‘Hindu’ even if it is an emergency helpline! Give a search for Islamic or Muslim and you will find banks to stock exchanges – all with government aid and blessings. This is called overpowering polity and it is not Hindu!

And there go Hindu aspirations! Security, prosperity and most importantly, dignity as a Hindu are the significant aspects of Hindu aspirations.  Food, clothes, shelter, water, electricity, etc are the basic needs now which development has to ensure; security, prosperity and dignity are the aspirations that are not given as alms; they are respectfully taken care of as progress of the civilisation. This is what the Hindus want. (Right! Who am I to say so? Ask more than 25 crore Hindus whom we all meet from our organisations. They are in towns, villages and bastis—that is Bharat) It is easy to make snide remarks such as ‘Temple? How does it help India?’ on Twitter or on Facebook. Well, then if Sri Ram Temple being built with respect to Hindu faith does not help ‘India’ then how does it help politicians keeping rojas in Ramzan showing extra affinity to Muslims? Some say ‘First right on nation’s resources—of minorities’ and some say, ‘Akhand Bharat is a Pakistani concept’. All sail in the same boat (or, Vote!): Hurt Hindus to appease all others to add extra votes because Hindus have no choice!

It happens because Hindus do not vote united. Caste, region, language… such divisions mar Hindu unity to the extent that even the local small State party like MIM from Andhra Pradesh wins 11 seats in Maharashtra Corporation elections!

The only solution to fulfill Hindu aspirations is Hindu polity. No Hindu politics. I am saying Hindu polity. Whichever is the political party, it should not be able to rule or form nation’s policies unless and until it proves to majority Hindus that it truly and consistently cares for Hindu aspirations. Great future for youth is a basic duty of any government protecting Hindu lives, living, happiness and faith are beyond basic systems of development and governance. It requires true respect to all that is Hindu—be it literature, culture, monuments or safety and dignity of Hindus. Mere tokenism of visiting Dashashwamedh Ghat in Kashi as a Home Minister after blasts is not enough; one should have respect to the Maa Ganga that touches that ghat is also must.

Such tokenism toward Hindus is seen all over and this is the big ditch of which Hindus need to be wary of. I had urged my Facebook friends before Karnataka elections to ask all candidates of all parties seven questions. These questions reflect on the candidate’s and her/his party’s consistent (imp) commitment to Hindu aspirations. 1) Are you committed to Common Civil Code? Will you publicly announce it so and if elected, work to pass the Bill for it? 2) Will you pass in the Parliament the law to build Sri Ram Temple in Ayodhya? Will you publicly announce your resolve – not only hope but resolve—for such a law? (Sardar Patel got the Cabinet to pass for Somnath Temple) 3) Are you in favour of revoking Article 370? 4) Are you ready to publicly announce that you will not give special quota to Muslims and Christians if elected?

A) Are you ready to vouch that you will not demolish any Hindu monument or temple in the name of development of power project (we have seen the devastation in Uttarakhand and know of Rameshwaram Ram Setu! I will not give other examples as yet.)  6) Will you strictly act on any jihadi terror against Bharat rather than soft peddling 18 per cent minority for votes? 7) Are you committed to fulfilling Hindu aspirations irrespective of your political ambition or religious affinity because as a majority that built Bharat for centuries—that it is, Hindus have the very 1st right on all resources of the nation?

There was overwhelming response to these questions on the Facebook and Twitter. It did not stop at the limited reach social media. From remote villages too youth and others wrote letters replying to these seven questions and applying them to all parties wherever there were elections.

Hindus have been waiting long enough – maybe for 1,000 years – to see real Hindu polity in action in Bharat! Without pure, absolute respect to majority Hindus, it is not possible. Now Hindus are watching… Alert, agile. They will neither take peripheral tokenism Hindutva nor will they tolerate overt or subtle minority love. This is perhaps the last opportunity for Hindus to assert. Now or never. 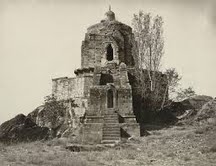