Congress vice-president Rahul Gandhi’s panchayat rally in Jammu was disrupted by panchayat leaders for making false promises on implementing 73rd and 74th amendment in Jammu and Kashmir.  Just before five minutes of Rahul’s address to a gathering of over 5,000 panchayat members at the Maulana Azad Stadium, sarpanch of Ram Nagar Parikshit Singh got up and loudly objected to the Congress leader’s for “hollow promises, which have been made repeatedly but never fulfilled in the last three years”. Though Rahul Gandhi tried to convince the leaders of Panchayat Conference that his first and foremost priority is the empowerment of panches and sarpanches in Jammu and Kashmir, participants were not convinced.

“If the Congress is serious about giving us our rights then what is stopping it as it’s in the government. Why don’t Congress ministers and MLAs resign?” said Ghulam Rasool, sarpanch from remote Baujwan area of Kisthwar district.

In J&K, even though panchayat elections were held three years back after a gap of three decades, the process of second and third tier — block development council and district development and planning boards — with reservation for SCs/STs and women, hasn’t been completed. Militants targeting panches and sarpanches have further aggravated the situation.

This is not the first time that the members of all Jammu and Kashmir Panchayat Conference including Sarpanchs and Panchs are protesting against Rahul Gandhi and the NC-Congress Coalition Government for not implementing 73rd Amendment and according empowerment to Panchayats. Last year in September, a large number of members of the Panchyat Conference under the leadership of  Sarpanch Shafiq Mir, chairman of the Conference and  Sarpanch Anil Sharma, general secretary assembled outside the Press Club and held strong protest demonstration against the State Government.

The panchayat conference has alleged that this Government has denied powers to over 33,000 Panchayat members in the State. They alleged that giving more time to the National Conference by Congress party for implementation of 73rd Amendment  despite tall claims of PCC president Prof Saifuddin Soz, indicates that both NC and Congress were playing fixed match  and befooling the Sarpanchs and Panchs of the State.  Both the parties were just buying time have no clear intensions to empower Panchayats.

Describing Panchayati  Raj system as totally failure here, these leaders said even for the last six months labourers engaged under MNREGA have not been paid their dues which is clear violation of Panchayati Raj Act.

Many of the participants joined and raised slogans for empowerment of the panchayati raj institutions in Jammu and Kashmir, leading to abrupt termination of Rahul’s speech.

2.   A total of 10 village council members, including panches and sarpanches, have been killed by militants since the May-June 2011 panchayat polls till March 2013

3.   All Jammu and Kashmir Panchayat Conference (AJKPC) is under constantly struggling for the rights of Panches and Sarpanches.

“Rahul Gandhi promised to look into their demand including for a compensation of Rs 20 lakh each to the dependents of the three sarpanches who were killed by the militants.” Since this meeting nothing has been done.

5.   Congress always made a Statement that Panchayati Raj Act is the dream of Rajiv Gandhi but same is not implemented in J&K.

6.             For the Last 10 Years Congress is in Power in the State of Jammu and Kashmir, several promises have been made but nothing has been done.

Art 370 is a hurdle in Implementing Panchayati Raj

Decentralization of power to the grassroots has been the declared and cherished goal of successive governments at the Centre, in India. Both in the sphere of rural self-governance and for empowering the urban populations at the local level, to get involved in governance, the Central government passed the 73rd and 74th Constitutional Amendments.

However, these amendments do not apply to the state of Jammu and Kashmir.

Panchayati Raj Insitutions (PRIs) as also Urban Local Bodies (ULBs) suffer from severe disabilities due to the operation of Article 370 in Jammu and Kashmir. Under this Article, the State created its own Panchayati Raj Act in 1989.

On paper, there is a three-tier panchayati raj system in J&K but in effect, ad hocism and arbitrariness prevail at all these levels. In theory, there should be PRIs at village, block and district levels. However, it is strange that elections to PRIs at the block level have not been held till date, even once, in J&K, contrary to what has happened many times all across other parts of India.

It is widely believed by experts and academicians from the field of political science that the freedom to function in a meaningful manner is key to empowerment and it is integral for fostering a sense of participation among the various stakeholders.

They also believe that at the conceptual level institutions of self-governance are designed to counter the unitary nature of state and federal governments. Devolution of powers, to the regions and sub-regions, to the district and block level and beyond, is necessary for states to take all stakeholders on board. The advantage of the devolution lies in deepening of democratic institutions, and hence democracy.

In Jammu and Kashmir, panchayat elections at the village level were held in 2001 and the term of the panchayats so elected was completed in 2006. During the entire tenure of five years, the elections to the next levels of block (taluka) and district (zila) were never held. This also takes us to the question as to why the panchayat elections at the village (called halqa level in J&K) were held at all.

The State Government then allowed the panchayats to lapse. For almost five years, once again, there were no panchayats in J&K. Then suddenly, in 2011, the next round of elections for panchayats were held at the village level. Beyond that, however, elections have not been held for the Block Development Councils (BDCs), the panchayat bodies at the block level and at the district level, till the end of 2012.

Under 73rd Constitutional Amendment, the State Governments, other than that of J&K, have to ensure timely elections of three-tier panchayats, the third layer of governance. The elections to PRIs are held with the same regularity with which the elections to assemblies and parliament are held. Even the 1989 Panchayati Raj Act of Jammu and Kashmir envisages holding of elections before the expiry of the term of the panchayats but this provision has been observed in breach only.

Incidentally, even the village level panchayats constituted after holding the elections to them under the State’s own Act, an offshoot of the autonomy granted to J&K under Article 370, are emaciated toothless tigers for a variety of reasons. Since the next two levels of PRIs have not been created, there is uncertainty and despondency about the functioning and powers of these grassroots tools of democratic governance.

The Jammu and Kashmir Government has been claiming credit for holding panchayat elections it even and released full page advertisements in local newspapers on many occasions between 2011 and 2012. However, the fact of the matter is that the panchayats are of no consequence in J&K in day to day governance at the grassroots level because they do not have any significant powers under the State’s Act. They do not participate in the meaningful manner in the planning process nor do they have the requisite funds to carry out any development works.

The disempowerment of the panchayats has been done in the name of separate and autonomous Act applicable to J&K that is article 370. The question of empowerment of panchayats is included in the manifestoes the Congress issued prior to the 2002 Legislative Assembly elections as also the 2008 Legislative Assembly elections. On both occasion, the Congress pledged before the masses that if voted to power, the party will empower panchayats in J&K through implementation of 73rd Amendment. On the contrary, Omar Abdullah, third generation scion of the Abdullah dynasty, Chief Minister of the State has categorically ruled out the possibility of implementation of 73rd Amendment.

According to former Chief Information Commissioner (CIC) of India, Mr Wajahat Habibullah, who was also an Indian Administrative Service (IAS) officer of J&K cadre, devolution of powers in Jammu and Kashmir is a subject that needs to be explored in all its dimensions. He argues that devolution of powers, not in a cosmetic manner but in reality. He stresses that public participation in government, making the members of the public responsible for governance is the trend all across in India, implying this has not happened in J&K. Or that it has happened in Jammu and Kashmir to a far lesser degree than elsewhere, due to its separate constitutional framework, something that happened because of Article 370.

Now the question is the Congress and Gandhi family scion has been giving false promises to the Panchayat Conference for the last ten years, is Rahul Gandhi ready to take a call on full operationalisation of the Indian Constitution in Jammu and Kashmir by abolishing the provision of article 370.

One thought on “Is Rahul Gandhi Ready to Take a Call on Article 370?” 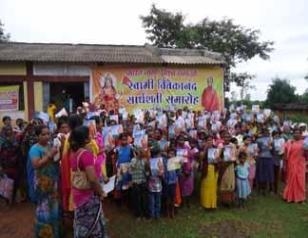