BENGALURU’S cool and calm Mallesh-waram saw an unusual Wednesday (April 17) morning, as a powerful bomb exploded, injuring 16 people including eight policemen. There was a moment of panic within city, but recovered soon after high alert operations of police, media and social media activists. There was a report of another explosion at Hebbal, later found incorrect. The DGP has announced a reward of Rs 5 lakh for anyone who gives any credible information about the plotters of the blast.

Banned terror outfit Indian Mujahideen (IM), responsible for bombings in different parts of the country, is being seen behind the blast. The blast took place just on the eve of third anniversary of blast in Bengaluru’s Chinnaswamy Stadium, which too is suspected to have been carried out by IM. It was fourth terror attack in Bengaluru. The first attack was made in 2005 outside Indian Institute of Science, in which some scientists from Delhi were shot dead. Second attack was in 2008 when six blasts were reported. The third attack was in 2010 at Chennaswamy Stadium during the IPL cricket match.

The matter is sensitive from two angels. It is not only that the bomb exploded outside the BJP office, but also there are three famous temples in the city—Sai Baba, Lord Narasimha Bhagwan Lord Shiva. Intelligence sources say as per the initial reports Improvised Explosive Device (IED) was planted near the office of ruling BJP office in the southern part of the city and the blast material Ammonuium Nitrate had been frequently used by IM in the past. “It is too early to point a finger at any group but the needle of suspicion goes to IM,” police sources said.

Sources said the bombing was indeed a ‘terror attack’ and the city was lucky that it avoided a major tragedy as till April 16, there was a huge crowd at the site as BJP poll tickets were distributed till the evening. Besides, in the nearby temple, there were many devotees because of ongoing ‘Navaratra’ festival.

A large fire followed the explosion. Several vehicles including the police van were gutted. Karnataka’s State elections are scheduled for May 5, so a police van was posted outside the BJP branch in Malleshwaram, a crowded residential neighbourhood which also hosts several temples.
Rashtriya Swayamsevak Sangh (RSS) condemned the terror attack. “We condemn this barbaric attack on civilians, countering terrorism should be our first priority,” said Prof BV Sridharswamy, RSS Sah-Prant Karyavah. Bengaluru Commissioner Raghavendra Auradkar said the explosives appear to have been placed on a motorcycle, but so far, he said, there are no details of the sort of material that was used. Karnataka’s Home Minister R Ashok described the blast as “terrorist activity” and said the BJP workers were the target.

The policemen who were injured were on duty on that day since a lot of activity was going on at the BJP office because it was the last day for candidates to file their nomination papers for the State elections. The injuries are not very serious and nobody is critically injured, said L Pachau, the Director General of Karnataka. A team from the National Investigation Agency, which has expertise in handling terror attacks, inspected the site.
Two persons were detained on April 17 for questioning in connection with the bomb blast. The sources declined to share further details, including identity of those detained. However, police said the investigation is in progress and the National Investigation Agency was coordinating with the State police. 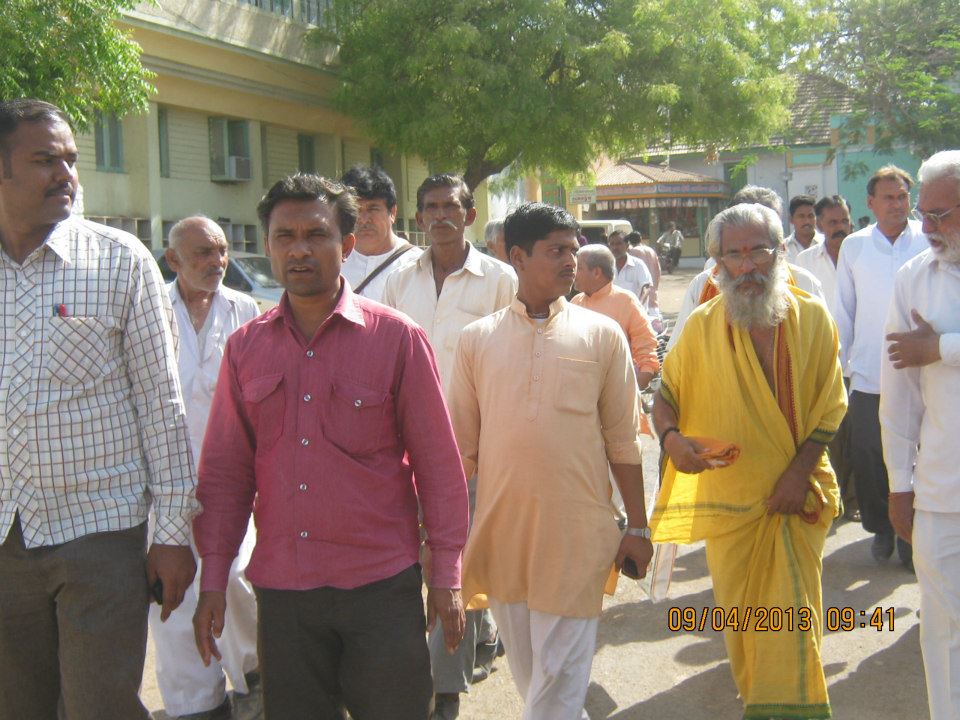