It is really surprising that statements of Mohan Bhagwat on the above matters are being misinterpreted. The first statement when Bhagwat pointed out that rape takes place in ‘India and not ‘Bharat’, he only meant that women are worshiped as mother in Bharat as is evident from the words used in the convocation address to students in Taittiriyopanishad as ‘Matru Devobhava’ to wit mother is God incarnate who provides everything and gives protection to her children. Thus, women in Bharat is ‘Poojya Vastu’ [object of worship] whereas under western materialistic life style when Bharat becomes India she becomes ‘Bhoga Vasthu’ i.e., object of sexual pleasure and therefore rape or sexual onslaught on women takes place there which is a stark truth.

There such a difference between ‘India’ and ‘Bharat’ is pointed out by greatest historian of the 20th century Dr. Radha Kumud Mukherjee as early as in 1954 in his book titled “Fundamental Unity of India” thus : The name Bharata Varsha is not a mere geographical expression like the term ‘India having only a physical reference. It has a deep historical significance symbolising a fundamental unity.

The Rig-Veda, one of the oldest literary records of humanity, reveals conscious and fervent attempts made by the rishis, those profoundly wise organisers of Hindu polity and culture, to visualise the unity of their mother-country, nay, to transfigure mother earth into a living deity and enshrine her in the loving heart of the worshipper.

Respect for womanhood has been the most cherished value of Bharat from times immemorial and therefore the very mentioning of that word conveys that feeling which may not be the position when the word India is used which at present is more influenced by western materialistic life style.

Then coming to the second statement of Mohan Bhagwat, he was only pointing out that marriage in Bharat is sacrament and not a contract which can be revoked or severed at any time according to the choice of husband or wife as the case may be. As far as the status assigned to women in Bharat, what he meant was the same as the eminent English author Kerry Brown in her celebrated book ‘Essential Teachings of Hinduism while answering the adverse comments made against the verse in Manu Smriti where it is said that at every stage of the life of a woman, it is the responsibility of males as father or husband or sons as the case may be, to protect her having regard to the fact that she is a woman. No answer or argument can be more forceful as made by Kerry Brown at para 238 of her book thus:

In Hinduism a woman is looked after not because she is inferior or incapable but, on the contrary, because she is treasured. She is the pride and power of the society. Just as the crown jewels should not be left unguarded, neither should a woman be left unprotected. No extra burden of earning a living should be placed on women who already bear huge responsibilities in society; childbirth; child care, domestic well being and spiritual growth. She is the transmitter of culture to her children.

Marriage and family life have always been an integral part of spiritual growth, not a means of self-gratification. It is the second stage in the four stages of life leading to perfection, following that of the celibate student and preceding retirement and full renunciation. Therefore, the romantic view of marriage is not accepted. The couple are spiritual partners, each supplementing the other as they proceed towards the ultimate goal. Marriage is lived in a spirit of discipline, duty and service.

No one not even those who are opposed towards RSS can deny that RSS respects every woman as equal to mother and marriage as a sacrament and a permanent bond as declared in Manu Smriti that “Mutual fidelity and love is the Dharma to be observed by husband and wife throughout their life”. [Manu Smriti.9-101]

I have been in RSS since when I was aged 13 years and I am fully conversant with the principles and ideals of RSS and no amount of misinterpretation can mislead me or those who know what is true about RSS.

What Mohan Bhagwat meant was that these fundamentals or basic structure of Bharatiya family life which constitute the foundation of our National life should be kept intact not withstanding the important role of women in every sphere of National activity at present. 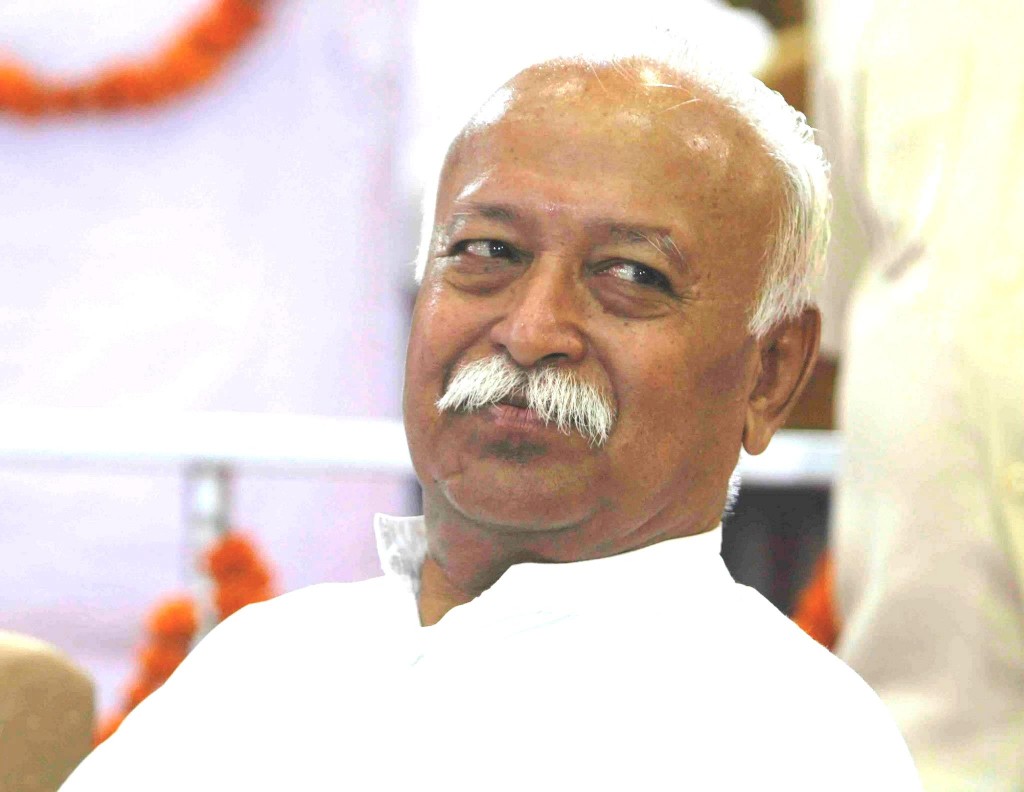