By S Gurumurthy in The Hindu

In her article in The Hindu “The Forgotten Promise of 1949,”, Vidya Subrahmaniam asserts that Sardar Patel lifted the ban on the Rashtriya Swayamsevak Sangh (RSS) in 1949, because it had promised to be non-political, but it reneged on it in 2013. But publicly known facts recalled here contradict her assertion.

It all began with the arrest of the RSS chief, M.S. Golwalkar, after Mahatma Gandhi’s assassination. On February 4, 1948, the government banned the RSS alleging that, contrary to its professed ideals, the RSS members had carried on violent activities, collected illicit weapons and exhorted people to violence. Rejecting the allegations but respecting the law, Golwalkar suspended the work of the RSS. Six months later, he was released but interned in Nagpur. On August 11, he wrote to Pandit Nehru that despite the “hasty and unbalanced action” against the RSS by those in highest authority, he offered to cooperate with them as the times were critical.

Nehru, cleverly or properly, sent Golwalkar’s letter to Patel for response because just before Gandhiji’s assassination, speaking in Lucknow, Patel had warned “those in power in the Congress” against efforts “to crush” the patriotic RSS. Patel replied to Golwalkar recalling his positive views on the RSS and lauding the young RSS workers who served the Hindu society and protected women and children. But he also charged them with targeting “Mussalmans” in “burning revenge” to avenge “for the sufferings of the innocent” Hindus, and accused them of spreading “communal poison” that cost Gandhiji’s life. Still, Patel advised the RSS to “carry on” its “patriotic endeavour by joining and not opposing the Congress.” Surprisingly, this letter did not reach Golwalkar.

On September 24, Golwalkar again wrote to Patel — also Nehru — demanding that the allegations and the ban be withdrawn because countrywide searches and investigation had yielded no proof against the RSS. Patel responded to him on September 26 through R.S. Shukla (Premier, Central Provinces and Berar) enclosing his earlier letter which did not reach Golwalkar. Patel asserted that since all provinces unanimously wanted the ban to continue, “there must surely be some basis for it.” He advised the RSS to function according to “the rules of the Congress.” That there “must be some basis for it” perhaps admitted the lack of any basis.

On September 27, a PMO official wrote to Golwalkar that to lift or keep the ban was the Home Ministry’s prerogative, but reiterated that governments had a “great deal of evidence” and the U.P. government had already sent a “note” on ‘the evidence’ to Golwalkar. On November 3 an angry Golwalkar denied having received any “note” and challenged the government to disclose the “great deal of evidence” and prosecute the RSS. He also wrote to Patel trashing the allegations. On Patel’s suggestion that the RSS join the Congress, Golwalkar replied that the Congress in the political field and the RSS in the cultural domain could compliment and converge. And despite Golwalkar’s open challenge, no evidence was forthcoming.

Nehru’s letter to Golwalkar (November 10) again asserted that the government had a “mass of information against the RSS.” Accusing Nehru of a closed mind, Golwalkar responded that to talk of “mass of evidence” without disclosing it amounted to convicting a person without evidence — like in the “Dark Ages.” His strong words obviously put off the government. On November 13, the Home Secretary refused to lift the ban and asked Golwalkar to go back to Nagpur. Golwalkar exploded and replied that such “arbitrary acts fit with autocratic rule” in “barbaric ages,” not “a civilised state.” Either prove or drop the charges, he challenged Patel. Refusing to leave Delhi, he asked the RSS workers to restart the suspended Shakas. Forthwith Golwalkar was arrested. The RSS began a satyagraha on December 9 demanding “prove the charges, lift the ban and release Guruji [Golwalkar]”. In one month, some 80,000 RSS workers were arrested. Yet no proof of wrongdoing by the RSS was made public.

It was then that T.R. Venkatrama Shastri, former Advocate General of Madras and head of the Servants of India Society, intervened. He wrote an anguished letter in The Hindu, met Sardar Patel and urged him to lift the ban. In the fresh negotiations came the new argument that since it did not have a written constitution, the RSS functioned secretly — a shift from either ‘join the Congress’ or ‘adopt the Congress rules’. Shastri drafted and submitted the RSS constitution. But the talks failed.

On July 9, 1949 the government refused to lift the ban citing “fundamental differences.” Shastri then decided to publicise the details of the substantive issues discussed — one, on the authority of the RSS chief to nominate his successor and the other, on participation of minors in its activities. On the RSS and politics, Shastri said that there was a “comment that though they profess to be a non-political body, they may turn into one overnight,” to which Shastri responded, “And so they may. If they did it would be no crime.” That was all. Shastri added that with the suspicion of the RSS’ complicity in Gandhiji’s assassination “recognized to be without any real foundation” and the charges against the RSS in some cases having been found unsustainable, continuing the ban was untenable. Surprisingly the very day Shastri’s statement was sent to The Hindu (which published it on July 14), namely on July 11 itself, the government lifted the ban. It must have been advised that the ban without evidence would be unconstitutional under the Constitution of India.

The ban was lifted unconditionally. Here is the proof. In a written statement to the Bombay Legislative Assembly on September 14, 1949 (Proceedings p2126) the Home Minister Morarji Desai admitted that the ban on RSS was no longer considered necessary; it was lifted unconditionally; and the RSS gave no undertaking. If no undertaking was indeed given in 1949, where is the question of reneging on it in 2013?

(S. Gurumurthy is a commentator on political and economic affairs.) 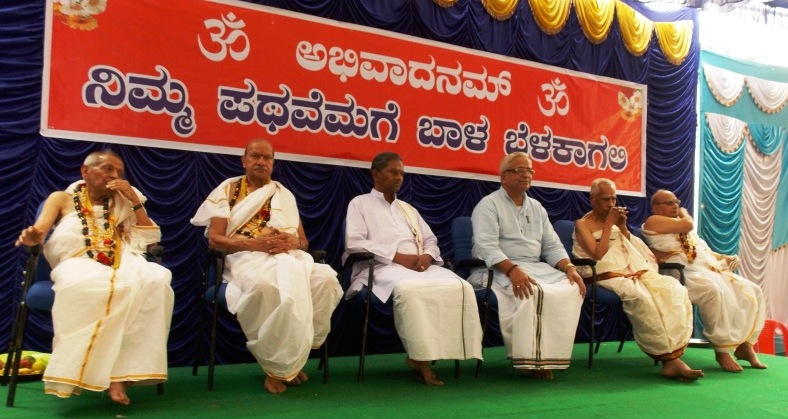