Lal Bahadur Shastri – a less- fortunate figure with an unfortunate birthdate- 2nd Oct! On that day people herald the glories of Mahatma and paste a sentence or two about Shastri at the conclusion of their speech. He is like Sardhar Patel, his former colleague, as the achievements of the both are ‘carefully suppressed’ from getting popularity among the public. Shastri took the office at such a crucial juncture when the country was receiving a terrible threat for its security from outside. He had to pay the price for the follies of his predecessor. The nation was just recuperating from the deadly onslaught of China and Nehru passed the burden of preparing the country for another battle on Shastri’s shoulder – this time with Pakistan. But Shastri, unlike his coward predecessor, displayed a great deal of leadership by inspiring the soldiers to reply the enemies in their own language. He appealed the countrymen to observe fast on Monday since the country was facing an acute shortage of food supply even after the glorious ‘socialistic-pattern of governance’ of Nehru for 17 years! And still more fascinating thing is the great drama of the current Congress government to bring the Food Security Bill to ensure the supply of food grains at the possible cheapest price after 35 years!

Shastri won the war against Pakistan on the battleground. The country hailed him as a true leader whose words and deeds always went hand in hand. But the Tashkent episode earned him severe criticism of his policies in India. Mr. A.B. Vajpayee vehemently criticised Shastri for inking the Agreement with Pakistan calling it as a great debacle to the morale of the soldiers. We don’t know what forces operated there against him and pressurised him to sign the treaty. But there came the shocking news of his death soon after the hours of signing the pact. The reason ascribed to his sudden death was cardiac arrest. But suspicion was raised by his family members about the nature of his death which is still shrouded in mystery. Perhaps his end is as mysterious as the disappearance of Subhash Chandra Bhose. In both the cases the fingure of speculation points towards the most celebrated family of Indian politics!

Shastri was a capable leader who unluckily did not get a long tenure to save the country both from Pakistan and from Nehru family. He was caught between two selfish rulers of the same family- Nehru and Indira Gandhi. Both of them hardly recognised the significance of ethics in public life. Shastri paid due respect for the selfless labour of the soldiers and the farmers and hence Jai Jawan Jai Kisan. He rejected the Russian offer of foodgrains to India thinking it as a kind of beggary and declared that India will observe the fast one more day till it attains self sufficiency in food than forsaking its self respect. It was a stand contrast to the one took by Nehru when he went to USA and appealed for wheat. Now the Congress government has passed the Food Security Bill with no adequate preparations and claims that over 90% of the total population will benefit under the scheme. For its political aggrandisement it has thrown the economic interests of the country into the winds. Shastri led a simple life but never was a simpleton like his predecessor. Nor he exercised his powers to subjugate his critics like his successor.

Indian National Congress really proved as a party with patriotic feelings and progressive outlook only at those times when it was under the control of those figures who did not share the DNA of Nehru clan. There may not be hundreds of governmental projects, universities, institutions, airports, hospitals, biological parks, roads, circles, squares, triangles, rectangles, quadrangles, trapeziums, and rhombus in the names of figures like Shastri and P.V. Narasimha Rao (another stalwart of our time whose accomplishments are unduly pasted to his predecessor – Rajiv Gandhi – another man who was jaw-droppingly handsome and stupid who carried Nehru gene) but their service to the nation will receive due credit in future if not right now.

author can be contacted at sudhiradiga@gmail.com

Tue Oct 1 , 2013
New Delhi October 1:  Forum For Integrated National Security (FINS) the organization is to study the national security issues has submitted a memorandum to President of India related to the security aspects to be taken along with Indian borders. FINS,along with other social organizations engaged with the similar activities like […] 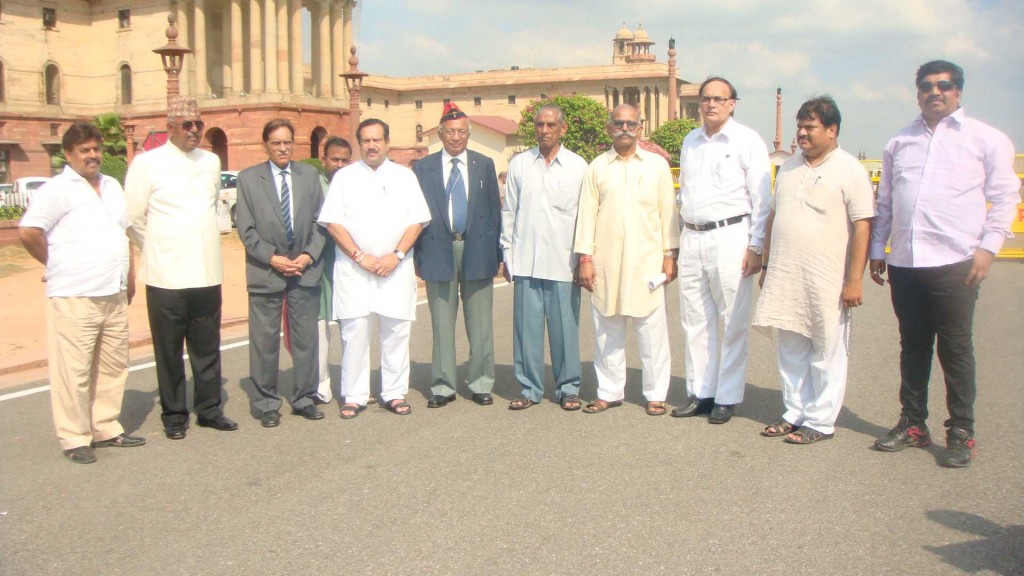