Whoever said that the Congress ‘Chintan Shivir’ at Jaipur was meant to do any chintan! That particular activity the party had long outsourced to the Nehru-Gandhi family. The entire Jaipur rigmarole was a planned tableau, with meticulous care taken to push in at the right time — into the CWC meeting venue — white capped seva dal minions carrying readymade garlands and bouquets for the faithful acolytes to greet the newly annointed changer of games. Some faithful analysts of course took this ‘momentous’ opportunity to do what they are best at – pointing at the ‘disarray in the Opposition ranks’.

Assuredly, like his Lok Pal speech in the Lok Sabha last August, Rahul’s elevation is no game changer but routine Congress protocol sealing the fifth dynastic change within the political conglomerate. The Congress has seen many such routine shifts in the past, the present one is the least sensational of them all.

Between 1920 and 1947, there existed Gandhi’s Congress — ‘a movement to generate political consciousness’ and aspiration to freedom. From 1951 to 1964 it was Nehru’s Congress – a party ‘intended to capture and retain political power’ and to introduce dynastic habits in the Indian body-politic. From 1967, or more rightly, from 1969 to 1984 there was the Indira Congress which further institutionalised sycophancy and dynastic paean-singing. While Rajiv’s Congress was an example in how to squander away a massive democratic mandate through an adherence to that sycophantic culture, Sonia’s Congress essentially hastened the process of turning the party into a family conglomerate and has been the interlude when the business of politics had to be managed till the heir was ready for the eventual takeover.

But it would not do to see the dynastic baton change as a phenomenon of the last three odd decades. The grand patriarch Jawaharlal Nehru cannot be absolved of his share in setting the process in motion. He outmaneuvered the venerated Purushottamdas Tandon to hold the dual posts of party president and Prime Minister despite being privy to the Mahatma’s caution to Rajendra Prasad that he could not hold the posts of a Minister in the central cabinet and continue to remain Congress president.

Egged on by a sycophantic coterie even then, Nehru coyly admitted that  though he was ‘unhappy’ that he ‘should be chosen once again as Congress President’ he felt that   for him to ‘go on saying ‘no’ in spite of the advice of his valued colleagues ‘would not be proper.’ And even after 1954 he ensured that none of the presidents he selected would challenge his stranglehold on the party in any manner.

After the Mahatma’s exit and Patel’s early demise, Nehru the democrat began concentrating all party powers in himself. The tendency of turning every regional leader into the family’s errand boy took root then with Nehru taking utmost care not to give any opportunity to State leaders to develop themselves into ‘powerful potentates.’ While humbly accepting for himself a second successive term as Congress president in 1953, Nehru ensured that the Congress pass a resolution barring Chief Ministers from holding office in the ‘Pradesh Congress Committee.’ His justification was typical of what his descendents would master later, ‘the work of the Chief Minister was, indeed, a very hard one and the merger of the two important positions would weaken both offices.’

Thus in tune with his habit, Nehru’s daughter became an adept at dismissing and replacing Chief Ministers, and while his grandson indulged in the habit of treating them as his personal attendants his grand daughter-in-law has forever vested in her all powers of selecting and rejecting them in States where her writ runs large.

Witnessing this rapid decline of norms in public life and the growth of this culture of dynasty-appeasing sycophancy, the widely respected socialist leader Acharya Narendra Deva once helplessly remarked on this transition, ‘Before August 1947, the Congress was a broad-based national front. It was an idea, ever-evolving, ever-growing and all pervading. But today it has become a party. All sorts of people have found their way into the Congress [and] the definition of patriotism has undergone a complete change under’ it.

It was that patriotism which was at display at the Chintan Shivir in Jaipur – a loyalty to the family first and to the self next. It is that which essentially defines Congress politics today and the anointing of Rahul Gandhi has simply ensured the perpetuation of that trend for one more generation. 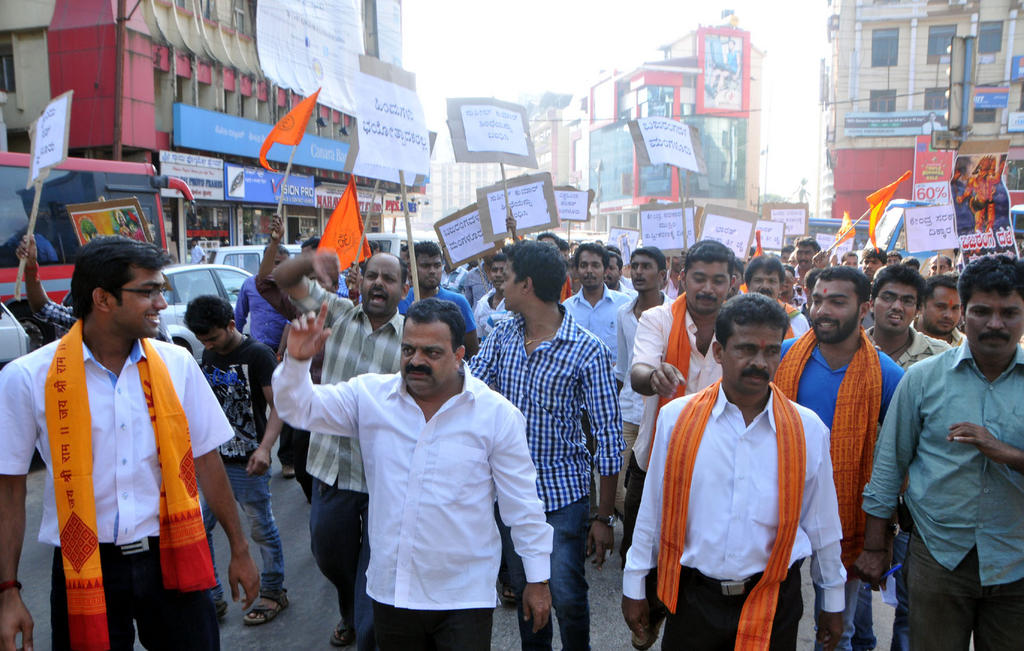