Contemporary debate on RSS and its role in politics is marked by lack of honest arguments. Be it the Sangh’s critics or enemies,their oft-ostentatious sympathy for either the BJP or RSS has only one aim—to crucify both. Actually, this debate is as old as RSS itself, with only the context and actors changed. How contradictory presumptions and myth formed the basis of this discourse can be understood through the following quotes from two unpublished documents I found during my research in the Nehru Memorial Museum Library (Teen Murti), Delhi.

Correspondence regarding RSS took place in 1938 between then Congress president Subhas Chandra Bose, and Maharashtra Congress president Shankarrao Deo. Bose wrote on October 21, that RSS was eating into the Congress base: “What alarmed me was that a large section of students and youth, who in many provinces form the backbone of the Congress, had joined RSS. I found that what attracted them are the physical culture, drilling, uniform, and band RSS provides.” Deo replied on November 6: “I don’t think their strength chiefly comes from their uniforms and organisation,” pointing to ideology behind their emergence. Their common presumption was that RSS was under the influence of the Hindu Mahasabha (HMS).

Another document of the same year conveys the opposite. Dr D S Shekhdar, general secretary of the Amarvati HMS, wrote to Veer Savarkar complaining of Mahasabha activists being attracted to RSS and being told that “elections are a waste of time. The HMS leadership, however, does not accept this and actively participates in politics and contests elections. A prominent Sangh leader in Mehkar, Dada Rao Somen, has been propagating against the Mahasabha via the Congress.”

RSS came into existence with a dream of resuscitation of the nation’s civilisational ethos, unmistakably a cultural task. This mission, however, does not and cannot foreclose its impact on politics, which forms a crucial dimension in the making or unmaking of nations and civilisations. The Roman civilisation failed to escape extinction because it ignored good politics guided by those outside the domain of its power-sharing elite. The relationship between politics and RSS is based precisely on two important ideas. One, a civilisational mission essentially concerns those who are outside the power elite. Two, politics requires constant vigilance to keep it idea-centric. Here, the role of RSS is ubiquitous and supreme. Thus, the Congress resolution of 1949 welcoming RSS into its fold, and its subsequent reversal, couldn’t enthuse the latter’s cadres. The Sangh hadn’t infiltrated the Congress, but its spectre continuously haunted Nehru. The dissolution of the Bhartiya Jan Sangh in 1977 and its merger with socialists and centrists was no loss at all. It was the Janata Party that entered into negotiations with RSS in July 1979 to prevent a split in the party on the “dual membership” issue, wanting the Sangh to debar legislators from its activities. Refusing to be cowed down, RSS rejected the ‘July Thesis’ on March 21, 1980. The formation of the BJP therefore, has an obvious ideological basis. Nevertheless, the debate has been resurrected.

The dominant Nehruvian-Left hybrids can’t think in terms of objective reading of RSS and its ideology, their intellectual imbalance all-too obvious. Thus, a proposed work on a nonentity like the Socialist Unity Centre of India (SUCI) is considered “progressive”, while even the inclination to work on RSS is trashed as “reactionary” in some of the country’s most prestigious universities. Shivdas Ghosh, the founder of SUCI, is apparently weightier than Dr Mohan Bhagwat in the eyes of secularists! This asymmetric intellectualism must be contested. 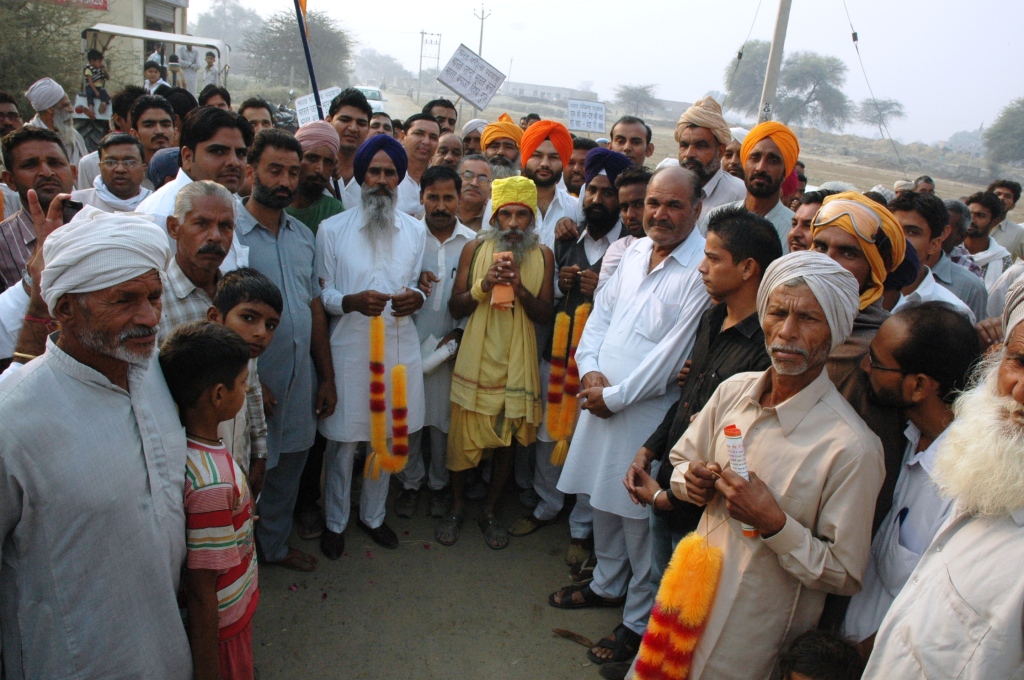