by MG Vaidya, in Organiser

I had a mind to write a comprehensive article on ‘Sardar Patel: Secularism and the RSS.’ But after reading Shri Subhash Kashyap’s article published in the Indian Express on November 1, I deferred that intention and decided to restrict myself to ‘Sardar Patel and the RSS.’

I want to assert that Sardar Patel was appreciative of the RSS. When a few Congress leaders were speaking against the RSS and also demanding a ban on its activities, Sardar Patel had praised the RSS work especially in post-Partition period, when the RSS actively involved itself in the most difficult task of protecting Hindus in Pakistan, providing them escort and safe travel to Bharat and also arranging for their rehabilitation. By this brave and humanitarian work, the RSS had become very popular, but this became an eyesore to some influential Congress leaders. Shri Govind Sahaya (I hope, I am reporting the correct name) a Parliamentary Secretary in the then UP Government had published a pamphlet, accusing the RSS of Fascist ideology and methodology and demanding a ban on it. Pt. Nehru, then the Prime Minister, on January 29, in a public meeting in Punjab,  roared that he will uproot the RSS from this soil (ukhaad phekenge). These people got a coveted opportunity when a thoughtless person committed a heinous crime on January 30: I mean the murder of  Mahatmaji.

In this period what was Sardar Patel doing. He was publicly praising the RSS. In a speech at Jaipur in December 1947 and later on in a speech in ‘Lucknow’ in January 1948, he had openly said that the RSS men are patriots and that the restrictive laws are meant for the goons and not patriots.

Yes, the RSS was banned for four day after Gandhi’s assassination i.e. on February 4. As the murderer of Gandhi was ‘an’ individual, the RSS too became suspect. Shri Guruji was arrested on February 2. Do we know under what Article of IPC? He was arrested under Article 302, as if Shri Guruji himself had gone to ‘Delhi’ and fired at the Mahatma! The blatant foolishness was subsequently realised and after about a couple of days his incarceration was shown under preventive measure. Many other RSS leaders also were arrested under preventive laws. About twenty thousand houses of RSS functionaries were searched but not an iota of proof was obtained to involve the RSS in the conspiracy to murder the Mahatma. After six months confinement all were released. But the ban continued.

It appears that Sardar Patel was convinced that the RSS had no part in the conspiracy to kill Gandhi. But Pt. Nehru and his so-called Leftist supporters were apprehensive that the Home Department under Sardar Patel was not doing its duty earnestly and diligently. This is revealed from a letter that Nehru wrote to Saradar Patel. It is dated  February 26, 1948. The following are the gems of  Nehru’s thoughts:

* “There appears to be a certain lack of real effort in tracing the larger conspiracy.”

* “Bapu’s murder was not an isolated business, but a part of a much wider campaign organised chiefly by the RSS.”

* “A considerable number of their (RSS) key men are still abroad or underground or even sometimes flourishing in the open. Many of these people are in our offices and in the Police. It is hardly possible to keep anything secret from their group.”

* “I think that the police and the local authorities have to be kept up to the mark. They have a habit of slackening off after the spurt. What is more dangerous is that a number of them appear to sympathise with the RSS. Hence an impression is created that nothing very effective is being done.”

This was how Sardar Patel’s integrity was questioned indirectly.

To this letter, Sardar Patel, next day that is February 27, 1948, sent a long reply. The main points in that reply were:

* “I have kept myself almost in daily touch with the progress of the investigation in Bapu’s assassination case.”

* “From their (the arrested accused) statements it is quite clear that no part of the conspiracy took place ‘in’ Delhi. The centres of activity were ‘Poona’ Bombay, Ahmednagar and Gwaliar. …….. It also emerges from these statements that the RSS was not involved in it at all.”

* “As regards the RSS ‘in’ Delhi, I am not aware of any prominent men or active workers whom we have left out.”

* “I am assured that practically all the important workers of RSS in ‘Delhi’ have been rounded up.

* “Delhi’s quota of RSS arrests compares favourably with that of any other place or province.”

On September11, 1948, Sardar Patel replied to Guruji’s letter of August 11. The letter reads:

* “You are very well aware of my views about RSS. I have expressed those thoughts at Jaipur in December last and at ‘Lucknow’ in January. The people have welcomed those views.”

*  “There can be no doubt that the RSS did service to the Hindu society. In the areas where there was need for help and organisation, the young men of the RSS protected women and children and strove much for their sake.”

* “I once again ask you to give your thought to my Jaipur and Lucknow speeches and accept the path, I had indicated for the RSS. I am quite certain that therein lies the good of the RSS and of the country and moving on that path we can join hands in achieving the welfare of our country.”

*  “I am thoroughly convinced that the RSS men can carry on their patriotic endeavour only by joining the Congress not by keeping separate or by opposing.”

In his letter of  September 26, Sardar Patel again reiterates the same feeling. He writes “After viewing all the things, my only suggestion to you is that the Sangh should be brought to adopt fresh lines of technique and policy. That new technique and new policy can only be according to the rules of the Congress.”

But the ban continued

Shri Guruji when he refused to leave Delhi, till justice was rendered, was arrested and put in jail. The Sangh, to make the Government lift the ban started its satyagraha from December 9, 1948. In the beginning, it was ridiculed. But when 70 thousand swayamsewaks courted arrest, it caught the attention of eminent persons in the public life. First, G V Ketkar, the then chief editor of the Kesari, a Marathi paper started by Lokmanya Tilak, came on the scene. He met the Government representatives. The Government said that unless they stop satyagraha, no talks can be initiated. Shri Ketkar met Shri Guruji in jail and on his request the protest was stopped from probably January 22,  1949. But even then the stalemate continued. Then Shri TVR Shastry, former Advocate General of Madras Presidency, came on the scene. The Government insisted  that the RSS should give its constitution in writing. Shri Shastry met Guruji in Jail and requested him to give the constitution of the RSS in writing. Shri Guruji countered, ‘was the ban on the RSS imposed, because it had no written constitution?’ But respecting the view of such an elderly eminent person, the written constitution was given. But instead of lifting the ban, the Government started finding faults in it. Shri Guruji stopped writing to the Government. Shri Shastry too was disappointed by the tactics of the Government and issued a statement that his mediation was not fruitful. The Government was caught in a fix. Then it secured a mediator in the person of Shri Moulichandra Sharma, and on the basis of a personal letter written to Shri Sharma, the ban was lifted. It is interesting to note that on the day Shastry’s statement appeared in the morning newspapers, in the evening the All India Radio announced the Government’s decision to lift the ban on the RSS.

From the facts mentioned above, it will be evident, that Sardar Patel and many other Congress leaders yearned for cooperation of the RSS. As a result of this attitude, the Congress Working Committee passed a resolution asking RSS men to join the Congress. When this resolution was adopted, Pt. Nehru was in London to attend the Common Wealth Conference. Pt. Nehru and his Leftist supporters were aghast that such a resolution adopted by the CWC. So when Panditji returned, he saw that the resolution is withdrawn. CWC obliged. If that resolution had remained, there was possibility that a few RSS men who were interested in working in political arena would have joined the Congress. If that had happened, the Jan Sangh would not have come up; and as the talkative Congress General Secretary Shri Digvijay Singh says, there would have been no BJP. But Sardar Patel did not want to split the Congress, therefore he acquiesced in the withdrawal of that resolution. As for the RSS, it is to be understood that it would never have merged in any political party. Its mission is so pervasive and inclusive that it is impossible for shallow and scratchy people like Digvijay Singh to comprehend it.

Shri Guruji had made it a point to be present at the funeral of Sardar Patel and Pt. Ravi Shankar Shukla, the then Chief Minister of Central Province and  Berar was good enough to take Shri Guruji along with him for the funeral in Bombay.

(Source: ORGANISER The writer is a former spokesperson of RSS)

'Why Political Parties running away from having a Debate on Article-370?': asks RSS's Ram Madhav 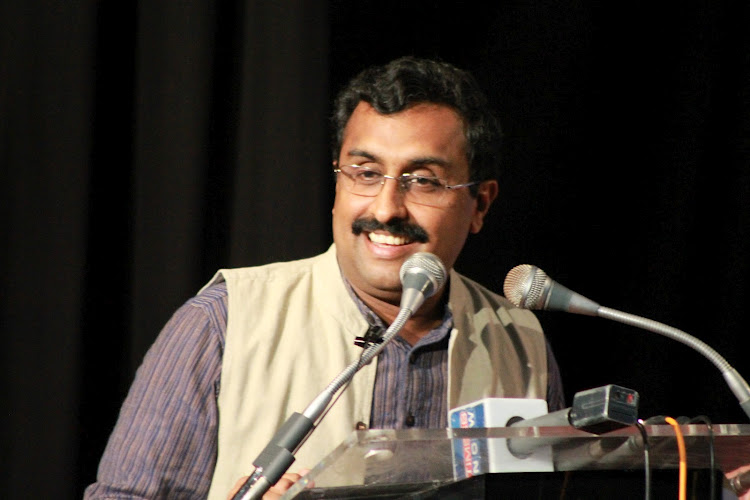