NEW DELHI — The philosophical owner of India’s most profitable newspaper used to tell his senior editors that his publication was like a temple. The objective of a temple, he said, was to use the entertainment of rituals and the frivolity of festivals to lead people into the sanctum sanctorum, where more serious matter resided. The outer sections of his newspaper — the dramatic news, the sports pages and the colorful supplements about beautiful ladies and men in red pants — lured readers inside to serious news, and finally to the sacred editorial page. Most people do not make it so far, but the point is that some do. But why do Indian readers need to be lured toward seriousness in the first place? Is it not the moral obligation of the fortunate among them to be interested in the extraordinary problems of the many? How can mainstream Indian journalism have the heart to be celebratory and frivolous, and not as grave, conscientious and despondent as, say, socialists? These questions form a portion of a new book on India, “An Uncertain Glory: India and Its Contradictions,” by two economists, Jean Drèze, an Indian citizen of Belgian origin, and Amartya Sen, who was awarded the Nobel in economic science in 1998.

“An Uncertain Glory” argues that India has not done enough for its poor; that this is morally and economically unacceptable; that India must spend much more on lifting its millions from poverty; and that the hypothesis that such massive spending will impede growth is the delusion of a self-centered middle class. The authors also write that the Indian news media, especially the mainstream English-language publications whose consumers are largely the privileged and the fortunate, is not as interested as it should be in the nation’s bewildering social issues.

“The vigor of the Indian media is not in doubt, but its inadequacies are large when it comes to the reach, coverage and focus of news, opinions, perspectives — and entertainment,” the authors write. Their use of the dash before “and entertainment” is a gentle academic reprimand to editors who consider films and cricket worthy of coverage in a nation where people are starving.

This is not a new line of criticism. Being engaging is not considered a virtue in the journalism of an impoverished nation. Yet it is the overt and covert objective of all communicators, which journalists are and academics often are not.

“There are many complex biases that can be detected,” the authors of “An Uncertain Glory” write of the news media, “but what is remarkably obvious is a serious lack of interest in the lives of the Indian poor, judging from the balance of news selection and political analyses in the Indian media.”

But what do the authors want editors to do? Push stories that their audiences have persistently refused to read or watch? Isn’t it wiser to be a temple, insidiously leading the faithful through the ruse of entertainment into its sacred heart? Some of our finest novelists do this, too. In the transaction between storyteller and reader, the hook of the plot is what the writer offers to win the right to say things, serious things. To that end, being entertaining is a form of humility. Academics might find it useful.

The average Indian newspaper reader is not essentially an insensitive person. It is just that he has seen his country’s miseries up close, and it is hard to move him through journalistic methods. Mostly, he prefers the relief of lightness. The Indian media derives its exceptional influence by being relevant to him, by keeping him interested. Recently, through sheer drama and persistence — certainly not through sober reporting — it has inspired massive street protests that have shaken Indian politicians. The authors appreciate this, but they also point out that these media-ordained demonstrations were inspired by middle-class concerns: political corruption and the safety of urban women.

What these two eminent economists are saying, in reality, is that it is unfortunate that the Indian media does not exhibit a socialistic attitude. They wish that it would not celebrate the rise of the few when it could lament the miseries of the many. The book itself is an analysis of modern India from a socialist perspective. They quote, with unambiguous appreciation, a prominent journalist who dismisses foreign direct investment in India’s retail sector as a “trivial” issue.

In fact, the authors, early in the book, claim that India’s failures cannot be blamed on socialism because the nation was never a socialist republic, as is widely believed. But they do concede that “interpretations of socialism are, of course, many and various.” One of the interpretations, it appears, is that if socialism has gone awry somewhere, it is no longer socialism. It is not surprising, then, that a major reason for the authors’ disenchantment with the media is the existence of journalists who condemn India’s massive expenditures on eradicating poverty — which, historically, have achieved little.

The authors make a stronger point when they note that the media distorts news and analysis in favor of corporations, politicians and the rich. Indeed, the greatest crisis that the Indian media faces is not that it is light and populist, but that it is no longer perceived as credible by many of its own consumers.

Manu Joseph is editor of the Indian newsweekly Open and author of the novel “The Illicit Happiness of Other People.”

A version of this article appeared in print on July 4, 2013, in The International Herald Tribune. 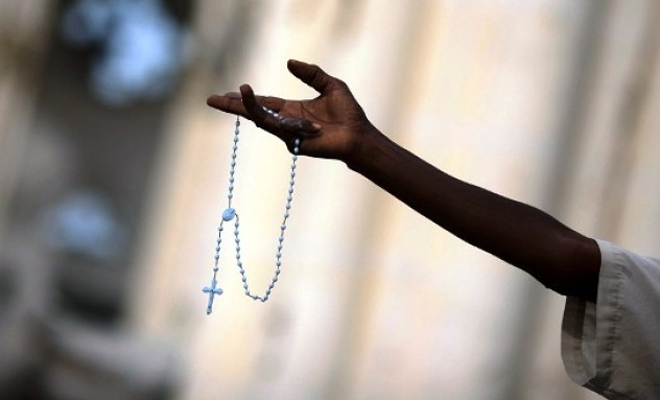