Today, On its continuous 407th day Bharat Parikrama Yatra has reached Chanan village of Jhunjhun district in Rajasthan. The yatra entered Rajasthan on July 3-2013 and will visiting different villages till September 23.

Began on August 9, 2012 from Kanyakumari of Tamilnadu, 66 year old former RSS Pracharak Sitaram Kedilaya lead ‘Bharat Parikrama Yatra’ has been aimed at the upliftment of rural life in the villages of India. The Yatra which was launched in Kanyakumari on August 9, has now covered an approximate distance of 4300km. 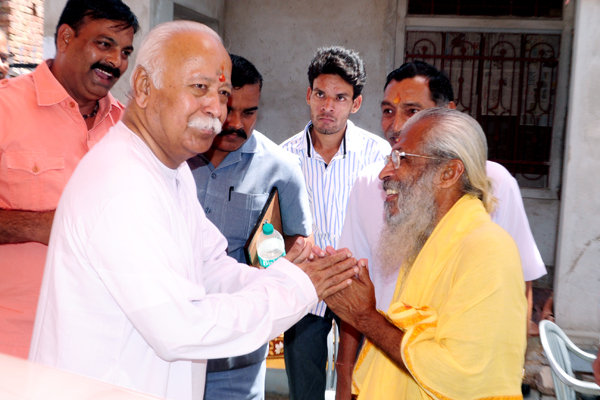