Bharat Parikrama Yatra entered Haryana on Tuesday, September 24th. The yatra to travelled and reached different villages of the state till yesterday, October 26th for a period of 33 days.

Began on August 9, 2012 from Kanyakumari of Tamilnadu, 66 year old former RSS Pracharak Sitaram Kedilaya lead ‘Bharat Parikrama Yatra’ has been aimed at the upliftment of rural life in the villages of India. The Yatra which was launched in Kanyakumari on August 9, has now covered an approximate distance of 4800km Sun Oct 27 , 2013
Mangalore Oct 27: Pathasanchalan (Route March) by  in RSS Swayamsevaks was held at Mangalore City this morning. Men in Sangh Ganavesh walked along with the tunes of RSS Band-Set ‘Ghosh’. In two units the Panthasanchalan was held, one began from Bunts Hostel circle and another from Dongarakeri Canara Highschol. Both […] 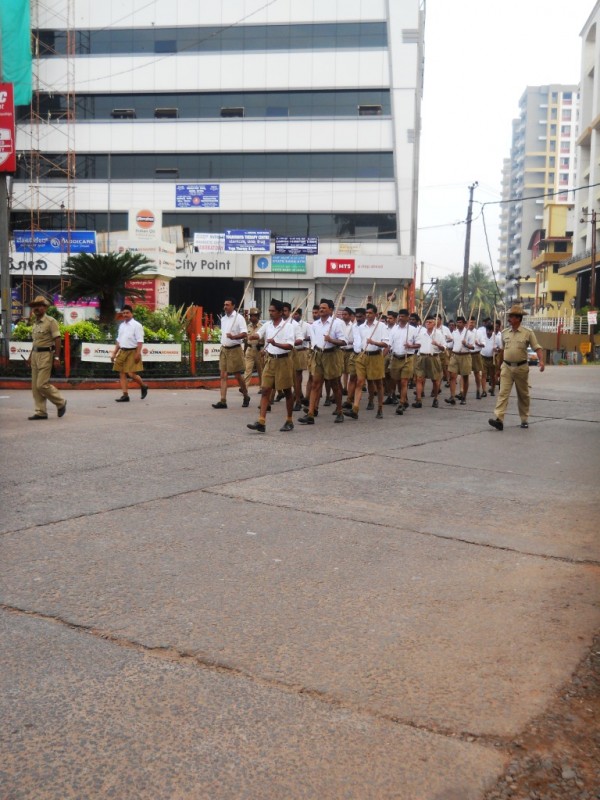