Nangal Katha, Mahendragarh Jilla, Haryana September 25: After a successful 82days of yatra in villages of Rajasthan, RSS former Akhil Bharatiya Seva Pramukh Sitarama Kedilaya’s Bharat Parikrama Yatra entered Haryana on Tuesday, September 24th. The yatra to travel and reach different villages of the state till October 26th for a period of 33 days. On October 27th the yatra will enter Punjab, as per the current schedule of the Yatra. The yatra entered Rajasthan on July 3-2013 and was visiting different villages till September 23. Began on August 9, 2012 from Kanyakumari of Tamilnadu, 66 year old former RSS Pracharak Sitaram Kedilaya lead ‘Bharat Parikrama Yatra’ has been aimed at the upliftment of rural life in the villages of India. The Yatra which was launched in Kanyakumari on August 9, has now covered an approximate distance of 4400km. 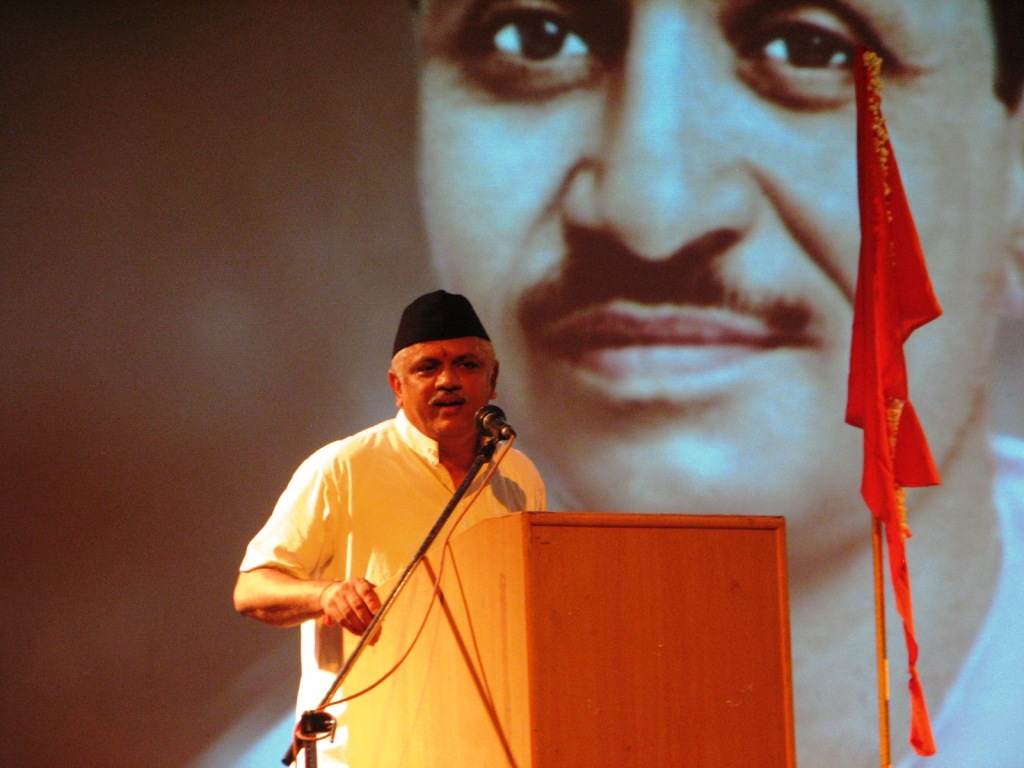