Chennai: The 5th Hindu Spiritual and Service Fair — dedicated to Swami Vivekananda on his 150th birth anniversary year — got off to a feisty start here on Tuesday Feb-19, with senior BJP leader L K Advani revealing a recent suggestion he had made to President Pranab Mukherjee about the most appropriate way to celebrate and commemorate the saint’s life and philosophy.

Swami Vivekananda became globally renowned because of his stirring speech at the World Parliament of Religions in Chicago in 1893.

At the meeting with the President last week, Advani suggested that he approach the United States government to hold a special function in Chicago to commemorate the saint’s 150th birth anniversary.

Advani also suggested that Mukherjee and US President Barack Obama jointly address the function and speak about the life, philosophy and teachings of Swami Vivekananda. The President assured him that he would pursue the matter, he said.

Earlier, Advani said Hinduism laid special emphasis on service. Quoting Vivekananda’s speech made in Chennai in 1897, after his return from Chicago, he said the saint had exhorted the people to let the goddess they worshipped go to sleep and let only one goddess to remain awake — Mother India. That explained the Hindu Fair’s objective: “thinking spiritually does not mean any unconcern for social welfare”.

Pointing to predictions in the West that democracy would not survive after Nehru’s death, the former deputy prime minister said it not only survived his death but also Emergency. He attributed it to the pervading spirit of tolerance. “India has never been fanatic or intolerant to a different point of view.”

Earlier, noted columnist S Gurumurthy exhorted Hindu organisations to talk about the “good things” they were doing. “How else would people know about it?” he asked. Stating that the participation of Hindu organisations in the fair was increasing every year, he  said the organisations had started building statistics on their service activities. 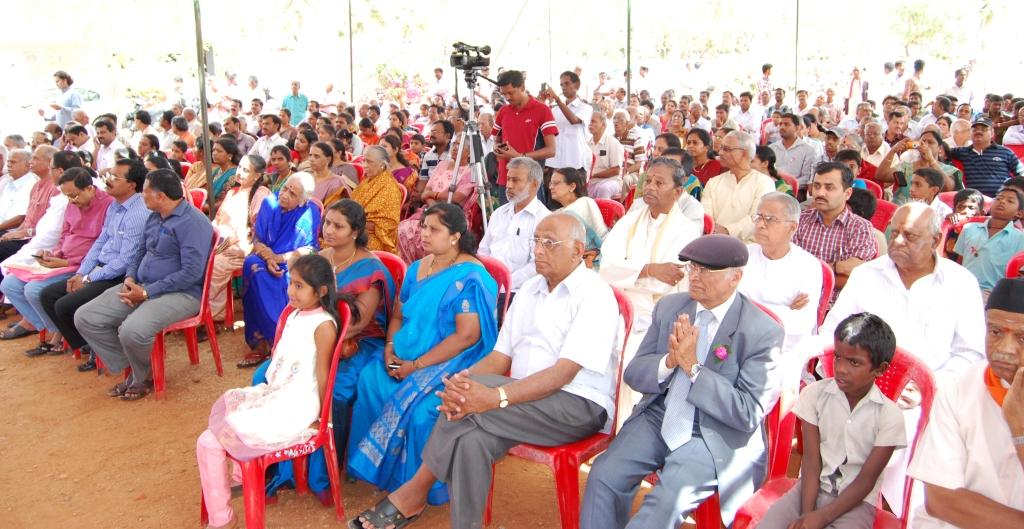