Prayag, February 9, 2013: This morning Mohammad Afzal Guru, the convict of Jihadi attack on Parliament on December 13, 2001, has been hanged to death in Delhi’s Tihar Jail. Appreciating the move by the Union Govt & thanking Hon. President Shri Pranavkumar Mukherjee for the decision, VHP International Working President Dr Pravin Togadia said, “VHP has been demanding hanging of Afzal since long time. Apart from his heinous attack on the Parliament, he being in jail waiting for hanging had posed great security risk to the nation. Now that this delayed action has been taken, it becomes the responsibility of the Union & all state Govts to further protect the citizens of Bharat from such Jihadi terror. Even after the gruesome attack on the Parliament on December 13, 2001 jointly planned &implemented by Jaish- e-Mohammad & Lashkar-e-Tayyaba, there was yet another attack on Mumbai, not to mention other attacks in Kashi, Pune etc. This clearly means that the Jihadi modules are still increasing. Bangla Deshi Muslim infiltration, J&K border infiltration & other activities have their own socio-political vote bank connotations for many govts & this make the lives of the citizens more unsafe. VHP demands stricter actions against all Jihadi modules & deport all Bangla Deshi infiltrators.”

Dr Togadia further said, “Indian Parliament had many years back unanimously resolved that entire Kashmir including what is today called Pak Occupied Kashmir (POK) is an integral part of Bharat. But since long, Hindus & others in Kashmir have been facing ethnic cleansing like once such in 1990 in which lakhs of Kashmiri Pundits were killed & hoarded out, their lands / businesses/ rights not yet restored to them & they are forced to live in camps. Kashmir has become a constant security risk due to various Jihadi separatists there who keep on visiting Pakistan. Now that Govt & the nation have enough proof of Pakistan’s active involvement in Jihadi terror in Bharat, the Govt should immediately sever all ties with Pakistan & also ensure that the local Jihadi modules do not flourish.”

For justice, albeit delayed, to the families of the security personnel who bravely protected Indian Parliament in the attack masterminded by Afzal Guru, & who gave their precious lives, Dr Togadia has expressed, “They will now get some sense of closure after this. The families fought long for justice & now they can move on. Govt should help them ahead.”

Dr Togadia also appealed to people in the nation to keep calm & peace.

Mon Feb 11 , 2013
Bangalore Feb-11, 2013: Nation remembers a great social thinker, philosopher, Pandit Deen Dayal Upadhyaya on his 45th year of Martyrdom.  He was a revered icon of Integral Humanism, he was an ideologue and a guiding force for an alternative model of governance and politics. His life and message, are given  below. Pandit Deendayal […] 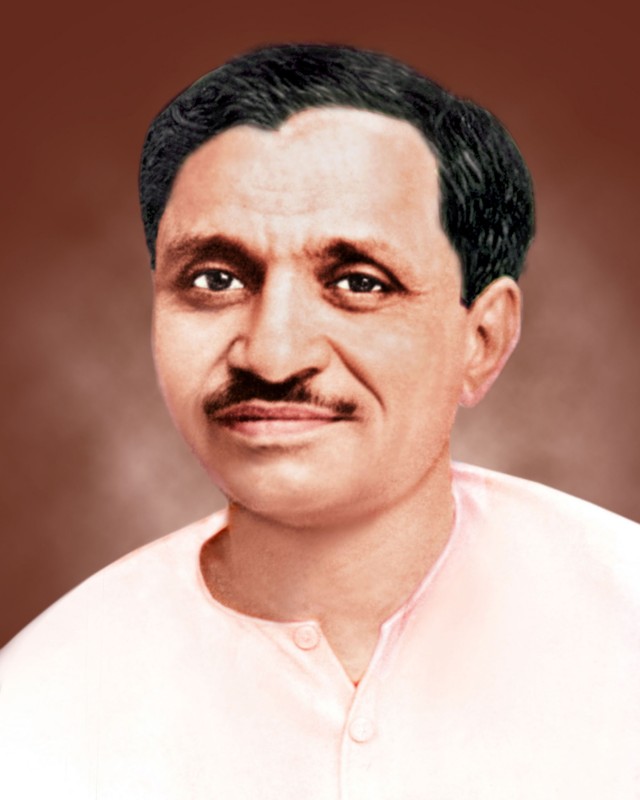