At the three-day state conference held in Kochi last week on June 28, 29 and 30, RSS leaders had decided to carry out mass campaigns for the protection of environment.

In a press release, the RSS leadership stated that catastrophe that hit Uttarakhand should be considered as warning for the state regarding nature conservation. “Till now, no government has come up with environment-based development programmes in the state,” they said.

The RSS was also critical regarding the Aranmula Airport project. According to the organisation, the Aranmula project will have severe impact on the flora and fauna of the area as it is part of Western Ghats.

The implementation of the project will disturb the environmental balance in the area, which will consequently trigger calamities like that happened in Uttarkhand, they said.

Earlier since January, Kummanam Rajasekharan, who is spearheading the agitation against Aranmula airport project, had challenged the Chief Minister to a public debate to prove his point that the general public are supporting the project. Dismissing Oommen Chandy’s contention that the state government decided to go ahead with the project, because of favorable public opinion, Kummanam said that statement is simply deceitful, completely false and devoid of any logic.

Tue Jul 2 , 2013
New Delhi July 2: Jammu-Kashmir Study Center, New Delhi and Mewar University are jointly organizing a National Level Essay Competition for Law Students; The topics for the essay are as follows: 1) Genesis and nature of Article 370 of the Constitution of India. 2) Process of constitutional integration of Jammu […] 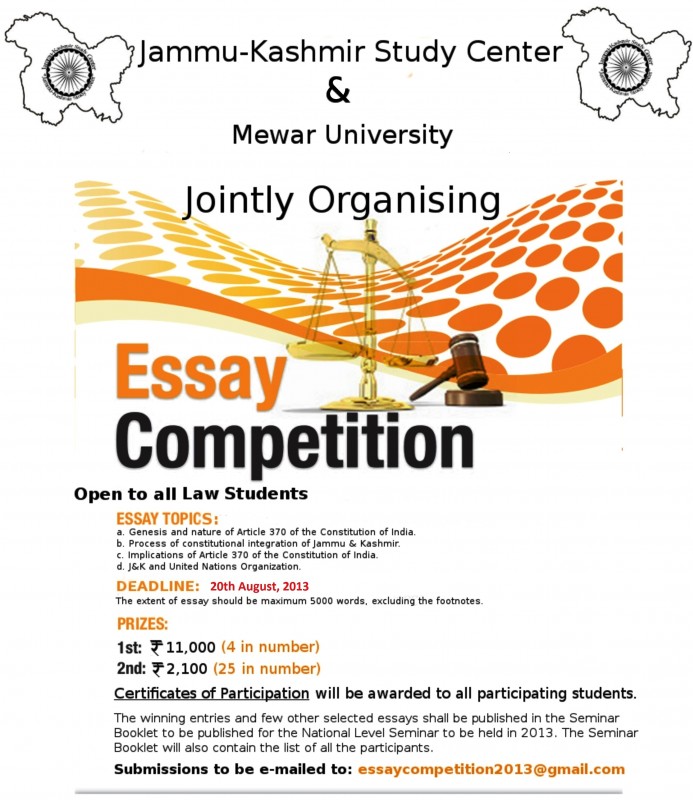