Skip to content
Chennai Oct 29: R.N.Venkatraman (77 years), a senior Swayamsevak who was associated with the work of Vivekananda Rock Memorial work right from its order levitra inception till date, expired today.
He hailed from Karaikudi (Tamil Nadu) and after finishing his studies was Prachark for few years in Madurai. He worked with Shri Eknath Ranade in close quarters in the work of building of Vivekananda Rock Memorial at Kannyakumari. He was in charge of the Central Office of Vivekananda Kendra at Triplicane till his retirement.
He continued his association with Vivekananda Rock Memorial Committee and Vivekananda Kendra till his last breath by holding the responsibility of Executive Committee Member. He not only was one among the small team which was instrumental in forming of the Vivekananda Educational Society right from its formation, but continued to contribute his might for the growth of the Society. He was the treasurer of Vivekananda Educational Society. After his retirement from Vivekananda Kendra he was the Pranta Karyalaya Pramukh of Tamil Nadu for some years. After that he looked after the work of various trust activities of Sangh.
His dedication for the work was of the highest order and he worked till his passing
away in spite of various constraints. He leaves behind his wife with 3 daughters and one son.
Sangh adhikaris have expressed their deep condolences on the sudden demise of R N Venkatraman Ji. Akhil Bharatiya Sah Sarkaryawah Dattatreya Hosabale expressed his shock and in his statement said, ‘Venkatraman Ji was an ardent swayamsevak.  My deep condolence.  Pray the Lord to bestow sadgati on the departed soul.’
‘A great soul. Committed Swayamsevak.  He surrendered his life at the feet of Bharath Matha. Pray for his Moksha’ stated Sri A R Mohanan, Dakshin Kshetra Samparka Pramuk.
His eyes were donated.

Voice of Nationalist forces in Jammu & Kashmir should be strengthened: Arun Kumar at Mangalore 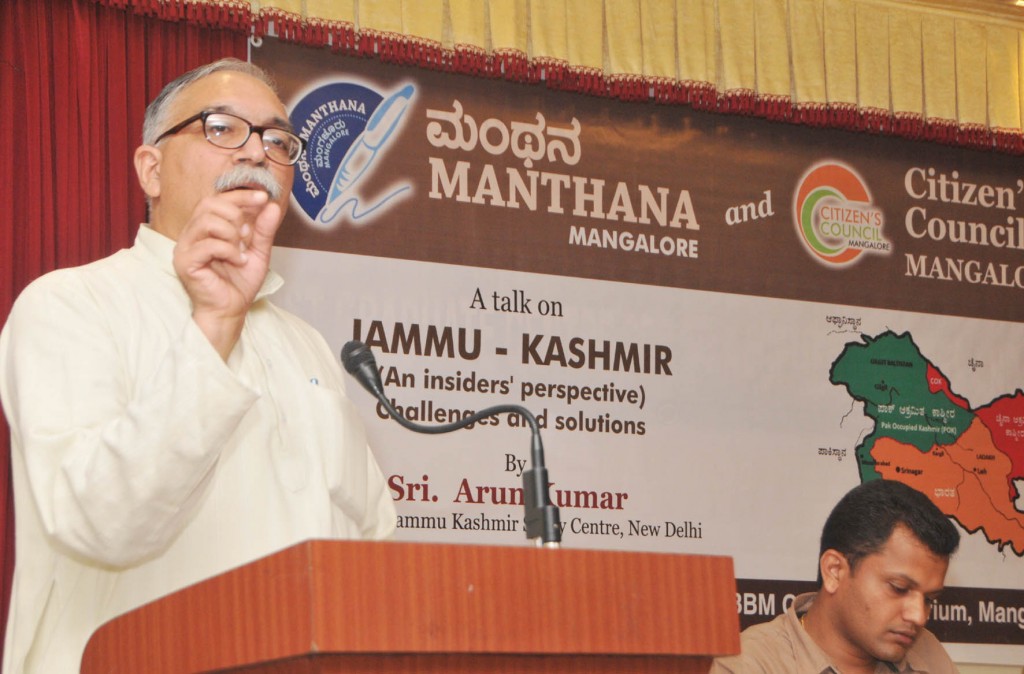