Below given are few images of recent village visit by Sitaram Kedilaya during Bharat Parikrama Yatra. Sat Jul 13 , 2013
Basavanagar, Bangalore July 12: Activists from several like minded organisations joined and staged a massive protest near Basavanagar of Marattahalli in Bangalore on Friday evening against the recent attack on Cow conservationists in Muslim dominated Islampur. The protest was lead by local unit of Rashtriya Swayamsevak Sangh (RSS), along with several […] 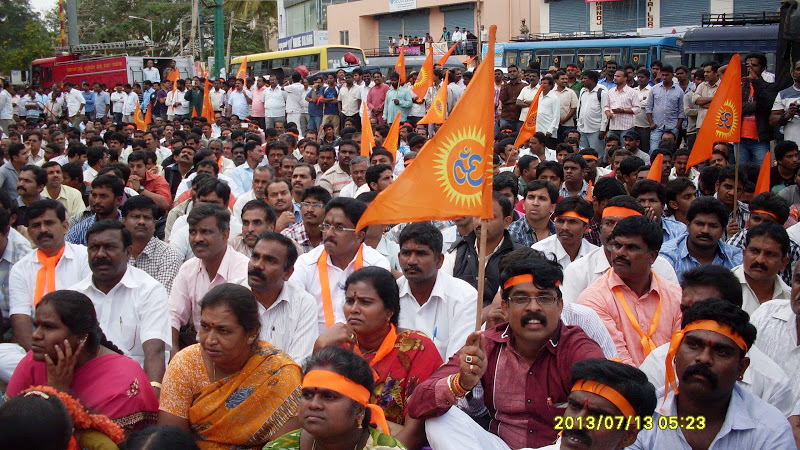