Agra July 09: The Firozabad police Monday arrested nine people, including a BSF jawan, and claimed to have solved the kidnapping case of RSS worker Maniram Pal (62). Pal was abducted from Agra on June 30 and gave the slip to his captors two days later. He is state organising secretary of Vanavasi Kalyan Ashram (VKA), which is affiliated to the Rashtriya Swayamsevak Sangh (RSS).

All the nine arrested belong to Firozabad. The BSF jawan has been identified as Mukesh Yadav, who is posted in Tripura, and had come to Firozabad on leave.

Police said they arrested the alleged kidnappers from Moda crossing under Rasoolpur police circle and also recovered nine countrymade pistols, two cars and a motorcycle used in the crime.

Those arrested have reportedly confessed to their involvement in seven kidnappings, including that of Pal. They also told the police that they killed their associate Satish Kachi alias Changa, as Pal had escaped from his custody.

Firozabad SP Rakesh Singh said the accused said they were not aware that Pal was an RSS worker and had taken him to be a businesman.

The SP added that after he was kidnapped, Pal was taken to Kachi’s house located at Firozabad’s Naseerpur locality. The accused had reportedly asked Kachi to keep an eye on Pal and left. On July 2 morning, however, Pal managed to escape when Kachi was sleeping and reached the nearest Attaepur police outpost.

The SP said when the alleged kidnappers found out about Pal’s escape, they went to Kachi’s house and killed him after beating him with sticks. They left the body in the house, which is located in a secluded place. On July 2, the police recovered Kachi’s body.

Wed Jul 10 , 2013
Amaravati, Maharashtra July 10: An annual baitak of RSS, a week-long national Manthan Shibir of the Rashtriya Swayamsewak Sangh (RSS) began in Amaravati of Vidarbh Pranth in Maharashtra on Tuesday. This is an annual baitak,  same baitak was held last year at Shimla in July 2012. However, as usual, dragging a political cloud, […] 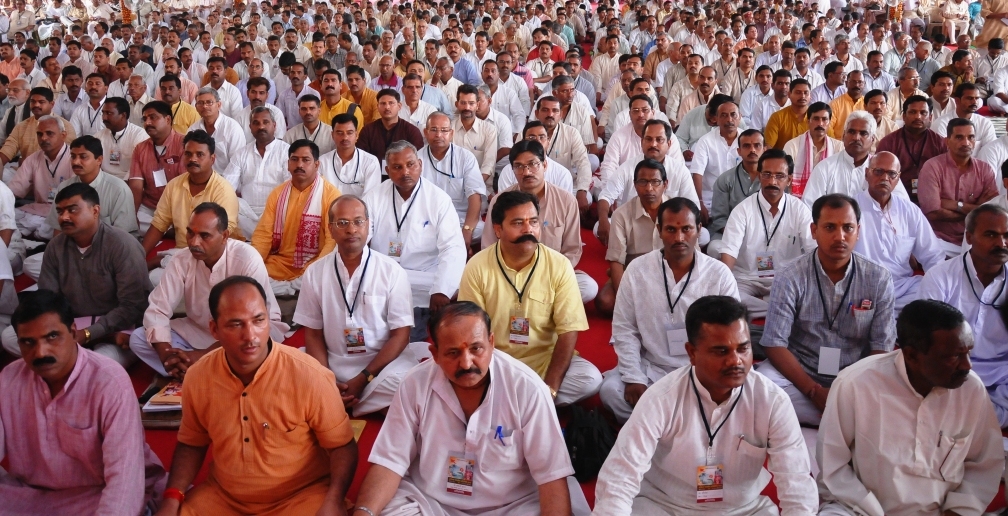