Thiruvananthapuram Kerala July-15: “This reference reflected the ideological commitment of a person who is likely to reach the highest office of the country and it should have been subjected to a wider and deeper debate in that perspective,” he said.

A leading RSS ideologue today called for a wider debate on Gujarat Chief Minister Narendra Modi’s assertion of being a “Hindu nationalist”, instead of creating controversies over his “puppy” remark.

“It is unfortunate that the controversies sparked by his recent interview to a news agency is not over the real issue. In fact, the real issue is his statement that he is a Hindu nationalist, which has a wider and deeper meaning”, P Parameswaram, Director of RSS’s cultural and intellectual forum Bharatheeya Vichara Kendram, told in a statement here.

“This reference reflected the ideological commitment of a person who is likely to reach the highest office of the country and it should have been subjected to a wider and deeper debate in that perspective,” he said.

“It was Swami Vivekananda who had used the term in most of the speeches he made in the country. Similarly, Mahatma Gandhi had also expressed his views on this concept in his book ‘Hindswaraj’. Later, V D Savarkar (Hindutva proponent) had written a whole book defining the concept of Hindu nationalism,” the RSS ideologue said.

None of them had approached the concept in a narrow religious sense but as an idea concerning the culture of the nation, Parameswaram said.

“It is especially important to subject Modi’s statement seriously at a time when the country is facing challenges from communalism and terrorism. Instead of that, the debate has been dragged into an irrelevant plain and sized on to generate hatred, which only reflected the degradation of the Indian politics,” he added.

Are Hindus unorganized in defending themselves? writes Girish Ganguly

Wed Jul 17 , 2013
Bangalore: July 17, 2013 By Girish Ganguly in India Wires A mob of around 500 muslims recently attacked a group of Animal Rights activists, Police and RSS Volunteers in Bangalore. Nearly 15 RSS activists, other Hindu leaders and activists from Animal Protection forum were injured in an attack at Muslim dense […] 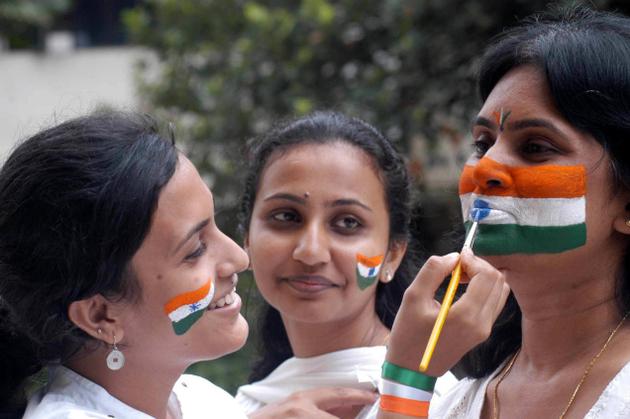