New Delhi, October 7, 2013 With Kashmir’s Keran sector ambush taking shape of almost a full blown 14 days war with Pak trained militants, VHP Vishwa Hindu Parishad demands touch & immediate action against Pakistan. Speaking of it, VHP’s International Working President Dr Pravin Togadia said, “The attacks by Pakistan on LOC are no more limited to sporadic infiltration bids. Army & Govt agencies have officially said that Pak’s Hafiz Sayeed has holed up in POK in Neelam Ghati & Mirpur area supervising attacks on Bharat. Well trained army men from the neighbouring country attack our Jawans, behead them, engage our border forces for 14 days to regain control just in Keran show that Pakistan is up to the same mischief it played pre 1971 i.e. Create the situation of genocide as they did in the then East Pakistan and attack the other side of Bharat (as their war planes attacked Delhi, Ludhiana, Chandigarh & send troops to Jaisalmer which never reached even Ramgad in 1971)

After many efforts of global diplomacy, when Pak went ahead with attacking Bharat, the then Indian Govt led by Indira Gandhi made tough decisions & gave befitting reply to Pakistan. Pak did similar war like attacks in Kargil during NDA regime & the Govt acted firmly. Now again Pakistan has been doing the same with more force, more vicious designs with projecting itself globally as ‘Me Victim of Terror’ while carrying out Jihadist terror attacks in Bharat.

Govt should follow what the US did about Osama Bin Laden for 9/11. Indian Govt should allow to Chase Hafiz Sayeed to POK or wherever he may hide later for 26/11 & attack wherever he is. The entire world has seen Osama hiding in Pak Army area. There is no need for Bharat to waste any more time in convincing the world with futile ‘peace talks’ when Pakistan is profusely bleeding Bharat constantly. It is not just Sayeed; it is the Pak Govt hand in hand with ISI & Pak Army together responsible for attacking Bharat. So if they want war, so be it should be the action by our Govt now.”

“POK is an integral part of Bharat: This resolution has been passed by Indian Parliament a long time back. Govt should now act on it & cleanse all terror camps there run by Pak Army.”

Dr Togadia demanded, “For political electoral gains to appease minority in Bharat, there is no need to appease Pakistan with peace talks when Pak’s Envoy Salman Basheer certifies Jihadist Hafiz Sayeed as ‘running a charitable organization’. It is time that Govt of India directs the brave & capable army to march against the enemy before it is too late. Bharat’s people are patriotic & will stand by such a decision if made in time.” 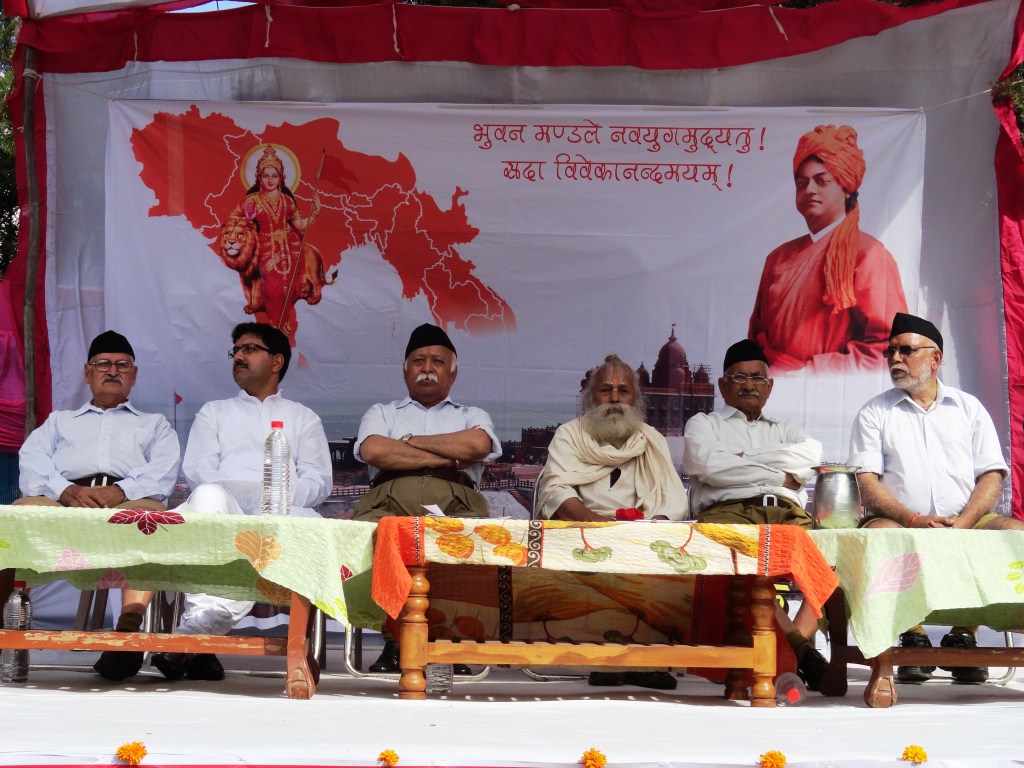