Thiruvananthapuram (Kerala), February 27,  2013 : Thiruvananthapuram city at the eve of a big ritual witnessed  a huge sabotage on main water pipeline. But the timely action by RSS Mahanagar team and Vibhag team made available adequate water by arranging 500 lorries with 2000 volunteers  The allegation, that a section of politicians and those in government ‘destined’ to rule us by default are hell-bent on sabotaging our age old customs, festivals and faith, is nothing new. Many Hindu organizations have been making this contention over a period of time.

The shoddy manner in which the temples are run by government sponsored bodies in the state, diversion of temple funds for things that are not even remotely connected to Hindu religion, raising the Mullaperiyar bogey without fail, during Sabarimala pilgrimage season- all have led to this suspicion.

Now Attukal Pongala seems to be the latest casualty. Last year it was a court case slapped against 1000 unsuspected women devotees for ‘misuse’ of public place. This year, the failure to remove accumulated garbage was followed by unexpected pipe burst and disruption of water supply to the city on a most important day. Attukal or Sabarimala, the effort seems to create maximum discomfort to devotees and possibly dissuade them from coming next year.

The service is reportedly a huge relief to lakhs of women devotees who have converged in the city to take part in the festival. Though Chief Minister Oommen Chandy had promised on Monday evening that the government would make alternate arrangements, the efforts seem to have yielded little results as big tanker lorries arranged by Water authority could not move freely in the city as all the roads have been occupied by the devotees since the previous evening- a factor that the authorities clearly overlooked.

Kummanam Rajasekharan, General Secretary, Hindu Aikya Vedi said, In the context of the statement of Chief Minister, Kerala made that sabotage cannot be ruled out in the breakup of water pipe line at Thiruvananthapuram at the time of the Attukal Pongala, it is necessary to consider the event as an extremist act and to bring out the truth the enquiry need to be handed over to the National Investigation Agency (NIA).

Meanwhile many organizations have demanded a detailed enquiry into the alleged bid to disrupt water supply on a most important festival day that the state capital observes every year. Government has set up a four member team headed by former chief secretary K Jayakumar to probe into the mishap.

As reported earlier, Thiruvananthapuram is in the grip of major crisis since last evening with the main supply line of Kerala Water Authority carrying water from the Aruvikkara reservoir to the city burst at four places. The incident that occurred with only hours remaining for Pongala festival, is suspected by many as a bid to sabotage the festival. Water supply to most parts of the city stopped since the early hours of Wednesday. The pipe burst took place at four places–aruvikkara, karakulam, vazhayila and enikkara simultaneously, raising suspicion of sabotage. Chief Minister Oommen Chandy, briefing newsmen about the alternate arrangements made, also did not rule out the possibility of sabotage. According to unconfirmed reports, someone shut the safety valve in the supply line, which led to pressure being built up in the pipe, leading to the incident.

'Seva' in 'Samaj' is the responsibility of Swayamsevaks: RSS Sah Sarkaryavah KC Kannan 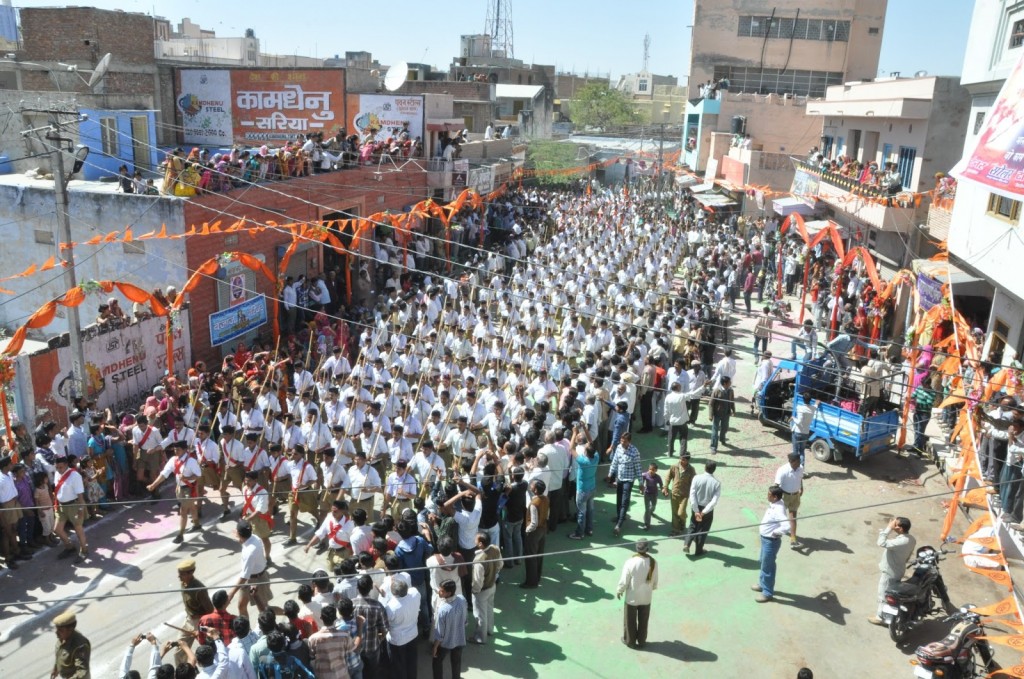