The key note address delivered by Shri. Mohana Warrier highlighting Swamiji’s speech delivered at Chicago Conference threw light on the significance and importance of being a proud citizen of India. He emphasized the need for upholding our tradition and culture in front of the whole world.

Shri. Subrahmanyan Viswananda congratulated the members for taking up such projects for human cause and expressed his whole hearted support. Under the patronage of Seva Darshan, Vichar Bharathi’s project to donated books on Swami Vivekananda for 150 school libraries back in India was announced. The endeavor was inaugurated by Dr.S. Neelamani handing over his contribution to Shri.Mohana Warrier. The 100 page souvenir was handed over to Dr. T.A. Ramesh by Shri.Vibheesh Thikkodi (Souvenir Committee Convenor and Vichar Bharathi Kuwait Coordinator) and dedicated to the public. The function was presided by Sevadarsan president Shri.Krishnakumar Paliath who outlined the activities of Seva Darshan. Shri.T.G.Venugopal (General Convenor) extended a warm welcome to the gathering. Shri. Mohan Kumar (Advisory member of Bharat Vikas committee & Coordinator of the Nationalist Media Forum, Kuwait) delivered the word of gratitude. The signature program presented by the Seva Darshan members and children, ‘Vivekamrutham’ showcased the life of Swami Vivekananda highlighting the milestones of his life.

It was indeed unique in its presentation and quality providing a spectacular extravagance for the audience.The next session of the day witnessed a visual treat presented by the talented artists from Kerala, ‘Cochin Guinness’. The three hours of performances by the team included comedy skits, dance, music and an exciting piece choreography with rope balancing. The event concluded with the raffle draw which was the biggest in participation and prize value. The main sponsors of the whole event was Gulfmart and the Karur Vysya Bank

Tue Mar 5 , 2013
By Sandeep Mahapatra in ORGANISER New Delhi: Top RSS Functionary (Sah-sarkaryawah of Rashtriya Swayamsewak Sangh), Dattatreya Hosabale said that in the changing times we should explore new dimensions of student and youth activism. New methods should be evolved and initiatives should be taken to draw youth towards social and national causes. […] 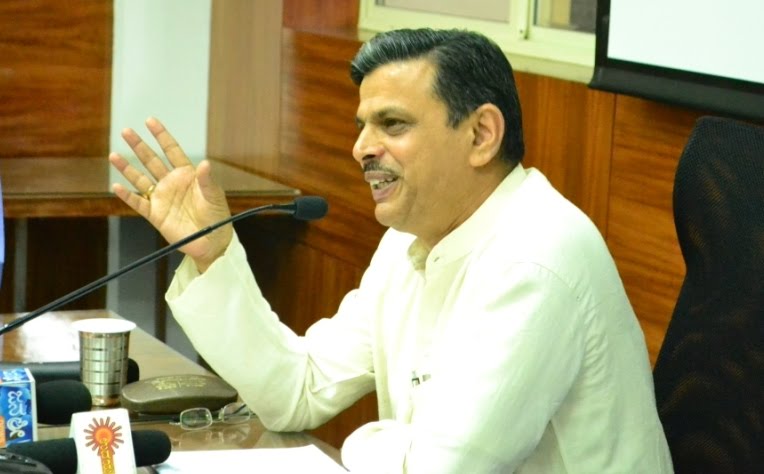