Tirunelveli, Tamilnadu: In a solemn homecoming ceremony organised by the Vishwa Hindu Parishad on April 10th at Tirunelveli, over 200 Christians returned to their mother way of worship. A yajna was performed on the occasion. Swami Shantananda blessed the homecomers. Shri Gopalaratnam, State vice president of the VHP, spoke and informed that the VHP would see that Hindu names of the homecomers are published in the Gazatte. State secretary of Hindu Lawyers Munnani, Shri Kutralanathan, also was present on the occasion.

Tue Apr 30 , 2013
Speech by Narendra Modi at Bagalore on April 28, 2013 as a part of election campaign in Karnataka. email facebook twitter google+ WhatsApp 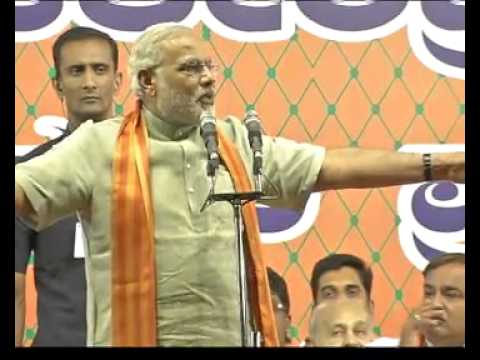