The shocking incident of killing of Rameshji (on 19 July night) is a dastardly act of anti national jehadi terrorists. RSS severely condemns this brutality & demands from the govt to not only book the culprits early but take effective steps to check recurrence of such heinous attacks. The recent spate in violence & terror particularly against nationalist forces in T. Nadu is a worrisome development in the state’s public life. There is a clear evil design & conspiracy behind these targeted attacks. All right thinking people should raise united voice against this.
Rameshji was an ardent worker of Sangh & BJP, who endeared himself to a vast section of society by his affectionate demeanour and helping nature. Being a noble soul, he had no enemies. His sacrifice will not go in vain. It will inspire karyakartas of our movement to accept the challenge & work with redoubled vigour for the cause. I thank all the people who spontaneously participated in his funeral. The large turn out of people shows the popularity & affection Rameshji enjoyed as also their silent protest & anger against this heinous act.
– Datta Hosabale

Tue Jul 23 , 2013
Agalpady Kasaragod July-22: This is the story of Agalpady village belongs Kumbadaje Panchayat in Kasaragod, Kerala. Buses are back in road after a month and villagers can go to city for their needs.   How it happened? Entire village waited for government to make the road at least drivable. After […] 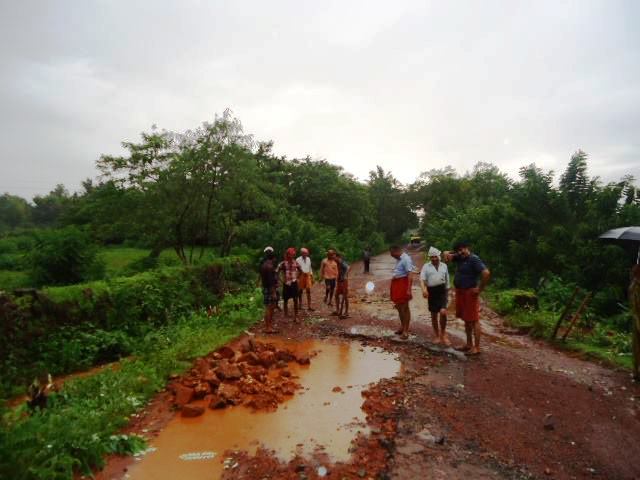