Jammu: To popularise Sanskrit amongst the laymen, the Samskrita Bharati in collaboration with the like-minded organisations, institutions and voluntary organisations, is conducting a Sanskrit Sambhashan Campaign in Jammu region. As part of the campaign about 500 ten-day Spoken Sanskrit classes will be conducted throughout the province in May and June. About 200 trained teachers of Samskrita Bharati from all over the country have reached Jammu for the classes. In the first phase of the campaign, 42 classes were conducted in first week of May in Udhampur, Ramnagar and Reasi. About 1,000 participants were trained to converse in Sanskrit. They were also presented Sanskrit kits at the valedictory function on May 15. The function was graced by District Collector, Superintendent of Police and many local eminent personalities.
The second phase of the campaign began with 55 centres in Ramban, Shuddh Mahadev and Kashmiri Migrants’ colonies. The third phase will be conducted in the areas of Poonch, Rajori, Sundarbani and Kathua Basoli in the last week of May or first week of June. In Jammu city and outskirts, about 300 classes are planned at various locations and at convenient timings in June. The classes are free of cost and open to all. A grand public function ‘Sanskrit Sangam’ was held on June 23. To prepare teachers to help continue the Sanskrit classes in Jammu after the campaign, a special residential training camp was held from June 23 to July 3.

Thu Jul 4 , 2013
By Manu Joseph NEW DELHI — The philosophical owner of India’s most profitable newspaper used to tell his senior editors that his publication was like a temple. The objective of a temple, he said, was to use the entertainment of rituals and the frivolity of festivals to lead people into the […] 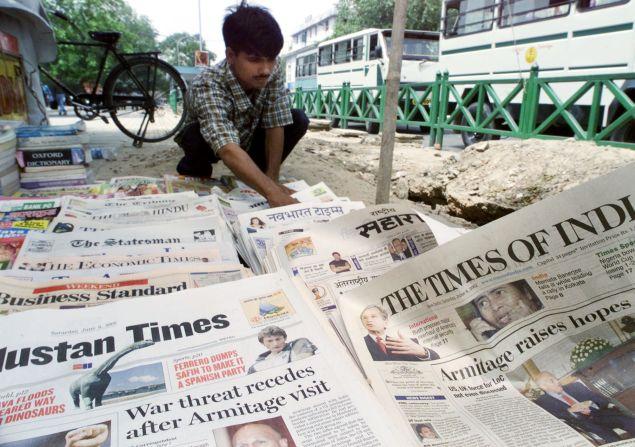