Guwahati: In a first of its kind event in north-eastern region, Sewa Bharati Purbanchal organised Arogya Chetna Shivir in Guwahati from November 8 to 10. More than 2000 Arogya Rakshaks working in 1700 villages of north-eastern states joined the Shivir and pledged to speed up the work in all the villages of the region. Today, about 5000 Arogya Rakshaks are rendering primary health services in remote villages of the region. The event was the outcome of six months preparations.

Shri Janardhandev Goswami spoke about the challenges before the society and the role of youth in facing those challenges. Dr Umesh Sharma and Dr Dhaneshwar Kalita stressed on the health awareness and apprised the Arogya Mitras how to work more effectively. After the inaugural session, Arogya Bharati organising secretary Dr Ashok Varshneya spoke about the message of Swami Vivekananda to the youth. Dr Pushpa Singh stressed the need of awakening women power. At the concluding session Shri Bhaiyaji Joshi guided the Arogya Rakshaks how to spread the work and also make it more effective.

The procession taken out on November 10 moved the people of the city. Many senior leaders of the Rashtriya Sewa Bharati including Dr Narendra Desai, Shri Sundar Lakshaman, Shri K Lakshman Malya, Shri Gurusharan Prasad and Shri Shyam Parande of Sewa International were also present at the Shivir.

Sat Nov 30 , 2013
Pathanamthitta Nov 30: The presence of mind of Dhaneesh Krishnan, an RSS activist (Mandal Karyavah Secretary of RSS’s Village Unit) has saved the lives of three linesmen from the Kerala State Electricity Board (KSEB). Dhanesh, who saw the three Electricity Board employees in a situation of extreme peril, did not […] 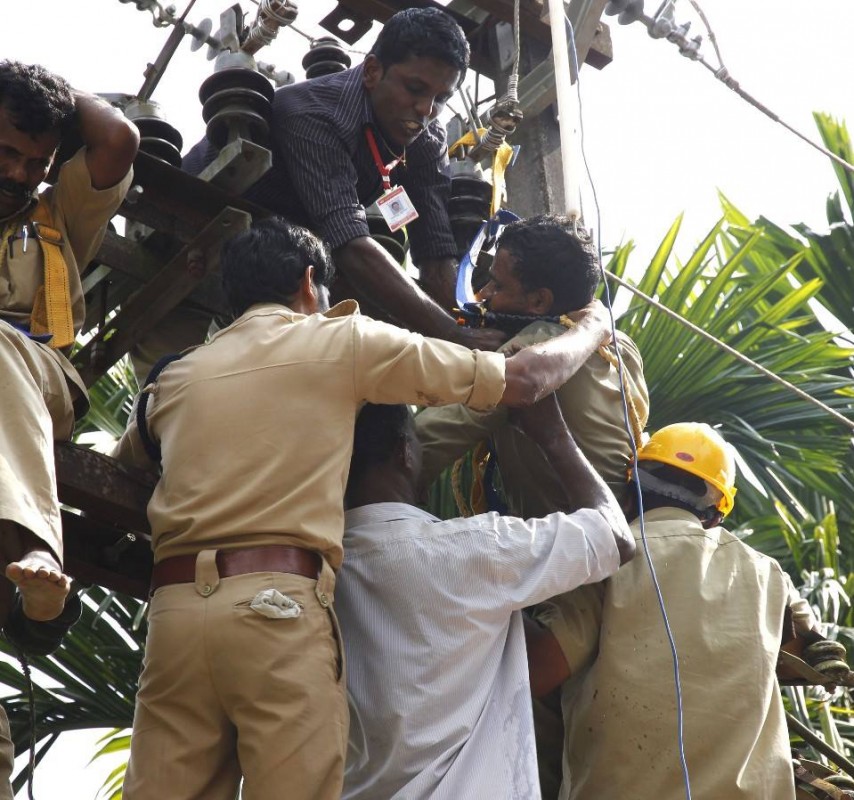