Backdrop: There was a protest organised by Muslim organisations in Kumble condemning an alleged Facebook comment in which Prophet Mohammed was allegedly insulted. Initially the protest was peaceful. Later, few miscreants pelted stones to Sri Sadguru Nityananda Mutt of Kumble, from where the tension prevailed. Condemning this attack, on Sunday Hindu Organisations staged protest.

The protestors said that a group in Facebook has been posting derogatory comments against Prophet Mohammed since Friday July 20. Several Muslim leaders of Kumble then approached the police seeking to lodge a complaint. The police were reportedly reluctant to file a case. The leaders warned that if the police do not file a case, a massive protest would be organized. The police then registered the complaint and filed a case, and did not give permission for protest.

Despite police orders, Mulism United forum organized the protest in front of the police station. Speaking to reporters, district police chief Thomson Jose that attempts to disturb peace in the district by posting provocative pictures or comments on social networking sites have been going on lately. Strict action will be taken against all those who indulge in such things, he warned. (Inputs from Daiji World) 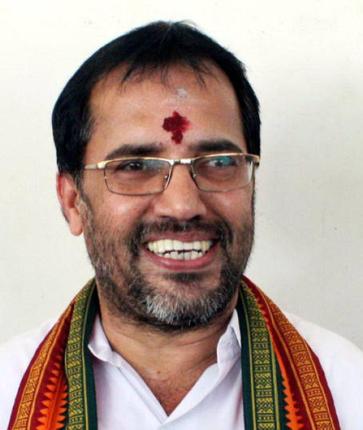