VHP’s Memorandum presented to President of India (Rashtrapati Mahoday) regarding demonstrations/protests against banning of the Ayodhyaj84-Kosi Dharmic Padyatra (Circumambulatory Pilgrimage) of the Venerable Sants and Seers coming from all over Bharat! It was presented to the President of Bharat by citizens all over Bharat through the good offices of their respective District Magistrates and District Collectors on August 23, 2013

(i)  After the Babri structure was no more, the then Mahamahim Rashtrapati Dr. Shankar Dayal Sharma on 07th January, 1993 invited advice from the Hon’ble Supreme Court under Article 143 of the Constitution of Bharat as to whether the Babri structure of 1528 CE was constructed on a virgin land or after demolishing a Hindu temple? On this the Apex Court asked for his intention. The Government of Bharat then gave this affidavit in the Apex Court that: “… If the question referred is answered in the affirmative, namely, that a Hindu temple/structure did exist prior to the construction of the demolished structure, government action will be in support of the wishes of the Hindu community…” (Ref. – 1994-6-SCC, p. 383 – Ismail Faruqi Vs. Government of India). The Sant delegation informed Your Honour that after about 76 field battles wedged by generations of Hindus sacrificing their lives in lakhs for liberation of the Ayodhya site that ran for 421 years and after about 60 years of court battles and movements on national and international scale, the Court verdict had come in favour of the Sri Rama Janma Bhumi on September 30, 2010. The three-Judge Bench of Allahabad High Court (Special Bench, Lucknow) had given its unanimous verdict that the very place is Sri Rama Janma Bhumi where Sri Ram Lala (Infant Sri Ram) is Virajman today. The Babri structure was put up after demolishing a Hindu temple and reusing the demolished material. The Hon’ble High Court said: “The disputed structure was constructed on the site of old structure after demolition of the same. The Archaeological Survey of India has proved that the structure was a massive Hindu religious structure…”. It further said, the structure “was built against the tenets of Islam. Thus, it cannot have the character of a mosque.” The Muslim case was, therefore, annulled.

(ii)                The delegation made it clear to Your Honour that the Government of Bharat is bound by its word to act “…in support of the wishes of the Hindu community…” in the matter and it should now pass a law in Parliament and handover the 70 acres of acquired land to the Hindu society for construction of Sri Rama Janma Bhumi Temple – a grand Temple of Nativity dedicated to Sri Ram at His Birthplace in Ayodhya.

(iii)               It was made clear to Your Honour that it took about five centuries and sacrifices of lakhs of lives on the part of the Hindu society to liberate its spirituo-cultural capital Ayodhya from the Babri structure nail in its heart, and, therefore, no icon or memorial in the name of Babar was now acceptable to the Hindu society within the cultural boundaries (84-Kosi Parikrama zone) of Ayodhya.

(iv)              Quoting from the Prayag Kumbh Resolution, the Ven’ble Sants urged upon Your Honour that the Hon’ble Prime Minister should table a Bill for Sri Rama Janma Bhumi in this monsoon session of Parliament.

(3)        On June 11-12, 2013, the Central Margdarshak Mandal in its meeting in Haridwar drew up a calendar of activities on the said three points of the Prayag Resolution –

(i) From 25th August to 13th September, 2013, a 20-day 84-Kosi Parikrama (Circumambulatory Pilgrimage) should be undertaken by the Sant Fraternity covering 40 traditional legs/camping sites on the route. From every one of the 40 Prants of Vishva Hindu Parishad in the country, about 200 Sant-Mahatmas would take part in one of the legs of the Yatra for a day and go back to their Prant. Any Babri icon/memorial within the area of this 84-Kosi Parikrama is not acceptable to the Sant Fraternity of Bharat.

(ii) If a Bill on Sri Rama Janma Bhumi is not tabled in the monsoon session of Parliament, then on October 18, 2013, the people at 100,000 places in the country will ceremonially take a solemn vow for Sri Rama Janma Bhumi Temple and a mammoth Conference for Solemn Vow will take place on the banks of the Holy Sarayu river in Ayodhyaji, and the participants would collectively swear on the holy water of the Sarayu in their palm-cups in favour of the said three salient points of the Prayag Resolution.

(4)        An 11-member delegation of Ven. Sants and Seers in their two-hour long meeting on August 17, 2013 with Sri Mulayam Singhji and the U.P. Chief Minister Sri Akhilesh Singhji had made every aspect of the scheduled 84-Kosi Parikrama clear to them. There was no inkling during the audience that a ban would be imposed on the Yatra. Everyone was confident that the Dharmic Yatra would take place peacefully.

(5)        Then suddenly something happened overnight in the government camp and the next day a U.P. government notification came to stop the Yatra and now they have unleashed their state machinery to apply coercive and oppressive measures on the Sants and seers coming daily to Ayodhya to participate in the Yatra. It is a violation of our fundamental Dharmic rights guaranteed in the Constitution of Bharat.

(6)        It is beyond anyone’s comprehension as to how can there be a law & order problem if @ 200 Sants and seers a day a Padyatra is done and discourses delivered amongst the rural populace from only two of the 40 camping sites of the Yatra route? We humbly request Your Honour in your capacity as the Guardian of the Constitution to intervene in this matter so that the letter and spirit of the Constitution is safeguarded. You are the First Citizen occupying the Highest Office in the country. Where only a dozen police personnel should be enough to cover two daily programmes as simple as this, deploying many companies of the security forces for it is a crime perpetrated on the Constitution.

We request Your Honour to immediately intervene in the matter so that the Yatra could take place peacefully and the fundamental rights of the Hindu society are safeguarded!

Yours in the service of Maa Bhaarati, 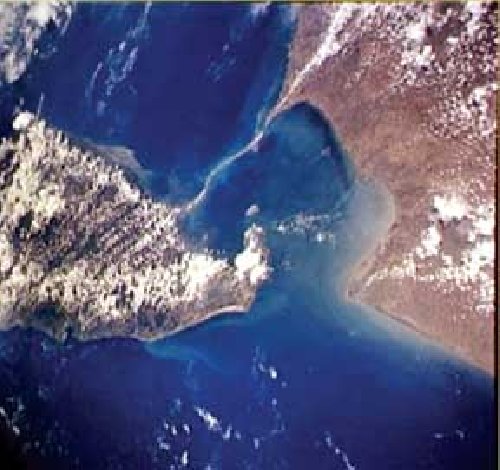