Bangalore January 12, 2013: The man who ever remembered as an icon of youth, wisdom, nationalism  universality and brotherhood, Swami Vivekananda, was remembered today across the nation and worldwide through various programmes.

RSS, throughout the nation remembering Swami Vivakananda at ground zero, in which Sangh swayamsevaks will carry the messages of Swami Vivekananda to crores of citizens in India and worldwide.

Swami Vivekananda  (12 January 1863–4 July 1902), born Narendra Nath Datta, was an Indian Hindu monk. He was a key figure in the introduction of Indian philosophies of Vedanta and Yoga to the western world and was credited with raising interfaith awareness, bringing Hinduism to the status of a major world religion in the late 19th century. He was a major force in the revival of Hinduism in India and contributed to the notion of nationalism in colonial India. He was the chief disciple of the 19th century saint Ramakrishna and the founder of the Ramakrishna Math and the Ramakrishna Mission. He is perhaps best known for his inspiring speech beginning with “Sisters and Brothers of America,” through which he introduced Hinduism at the Parliament of the World’s Religions in Chicago in 1893.

Born into an aristocratic Bengali family of Calcutta,Vivekananda showed an inclination towards spirituality. He was influenced by his guruRamakrishna from whom he learnt that all living beings were an embodiment of the divine self and hence, service to God could be rendered by service to mankind. After the death of his guru, Vivekananda toured the Indian subcontinent extensively and acquired a first-hand knowledge of the conditions that prevailed in British India.  He later travelled to the United States to represent India as a delegate in the 1893 Parliament of World Religions. He conducted hundreds of public and private lectures and classes, disseminating tenets of Hindu philosophy in the United States, England and Europe. In India, Vivekananda is regarded as a patriotic saint and his birthday is celebrated as the National Youth Day. 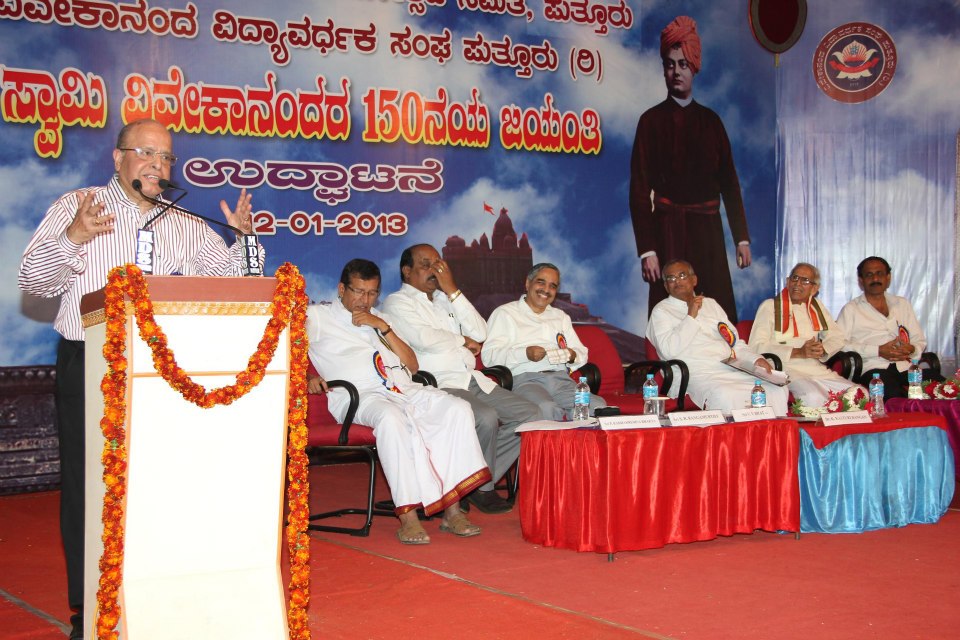