Belinja Village, Kasaragod Dec 5: In an unprecedented alertness and unity shown by the villagers of remote village Belinja of Kumbadaje Panchayat in Kasaragod, 2 christian missionary activists were caught red handed while attempting for a forcible conversion on Thursday evening.

Both of them were identified as residents of Alakkod of Kannur District. After a huge uproar over 3 hours, villagers handed over these activists to the Badiadka Police. To control the mob, even CRPF troop arrived, which was first of its kind of experience for this village.

Kumbadaje is one of the poorly developed Panchayat in Kasaragod district because of cumbersome negligence of ruling parties at District level. Most of MLA and MP were selected from either Congress backed UDF or Communist lead LDF. Both the parties has shown massive negligence about uplifting this village since Independence.

Taking advantage of this scenario, few men belongs Christian missionaries arrived Marpanadka of the same panchayat in a car numbered ‘KL-59’ and were distributing the pamphlets, different write-ups, books etc and prompting the villagers to convert to Christianity. “They distributed these Pamphlet in Lakshamveed Area, few Dalit Colonies. Notable point is that these Christian Missionaries target only Hindu families of the Village” said a local school teacher.

Local units of Rashtreeya Swayamsevak Sangh. Vishwa Hindu Parishat has condemned the conversion attempts and congratulated the villagers for the timely alertness. 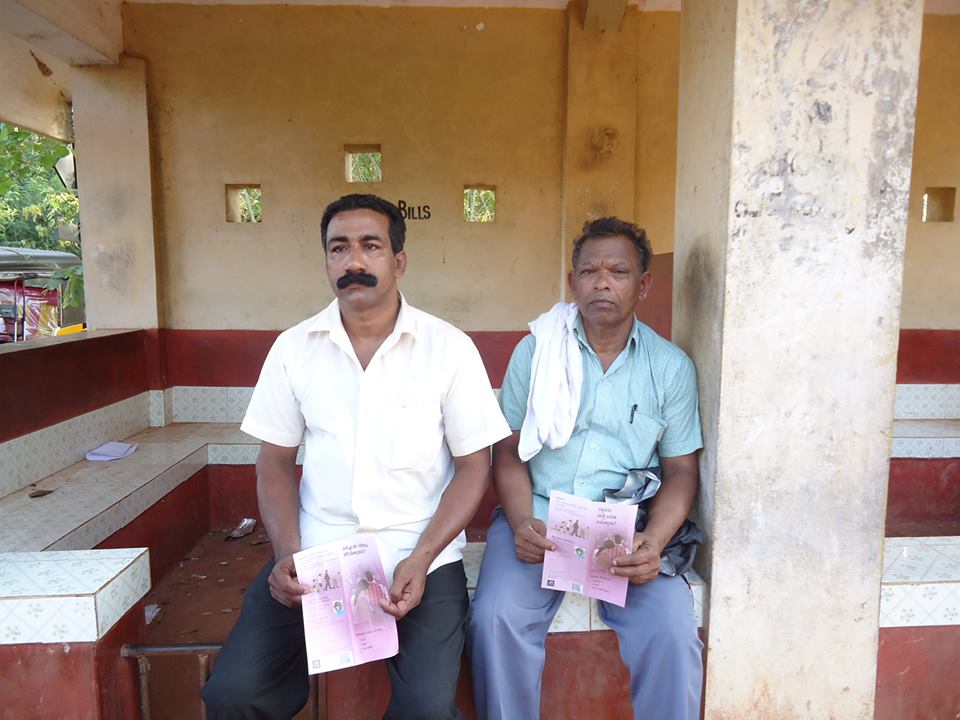