He was born to Sri Chikkalinge Gowda and Smt. Boramma as Gangadharaiah. He had five siblings – two brothers and three sisters. Sri Gangadharaiah completed his graduation in Science from Government Arts & Science College, Bengaluru. Motivated by the desire to serve God and the people, he chose the spiritual way of life. Initiated at the age of nineteen, Sri Swamiji spent his initial years mastering the Vedas and other sacred texts under the tutelage of his Guru Sri Ramanandanatha Swamiji.

Sri Sri Sri Balagangadharanatha Mahaswamiji took over as the 71st Pontiff of the ancient Natha Center of Worship, Sri Adichunchanagiri Math, on 24 September 1974 at the age of 30. He is of the line of Sri Bhakthanatha Swamiji, Sri Chandrashekaranatha Swamiji and Sri Ramanandanatha Swamiji of the ‘Natha Tradition’ (Parampara).

The Swamiji has been undergoing dialysis following kidney problems. On January 13, the Swamiji was admitted to the BGS Global Hospital in Kengeri after his blood pressure went out of control during dialysis. Karnataka Deputy Chief Minister R Ashoka, also a Vokkaliga leader, addressed the press and said that there is no need to worry. However, further details are awaited.

Recently, on August 15, 2012 RSS Sarasanghachalak Mohan Bhagwat met Sri Balagandharanath Swamiji at Adichunchanagiri Mutt and discussed several socio-religious issues. Many of the BGS institutions have hosted the Vargs (RSS cadre training camps) of RSS. In Kolar district Balagandharanath Swamiji had played a major role in Paraavartan, bringing back about 5000 to 6000 families back to Hindu fold. Balagandharanath Swamiji had provided free education, health and other such facilities to these families who returned to Hinduism after these Paravartan ceremony. Swamiji eXpressed happiness and gave examples of Muslim students learning Gita verses. Swamiji opined that “Hinduism is not only religious, but also scientific and we need to propagate the strengths”, said with Mohan Bhagwat. 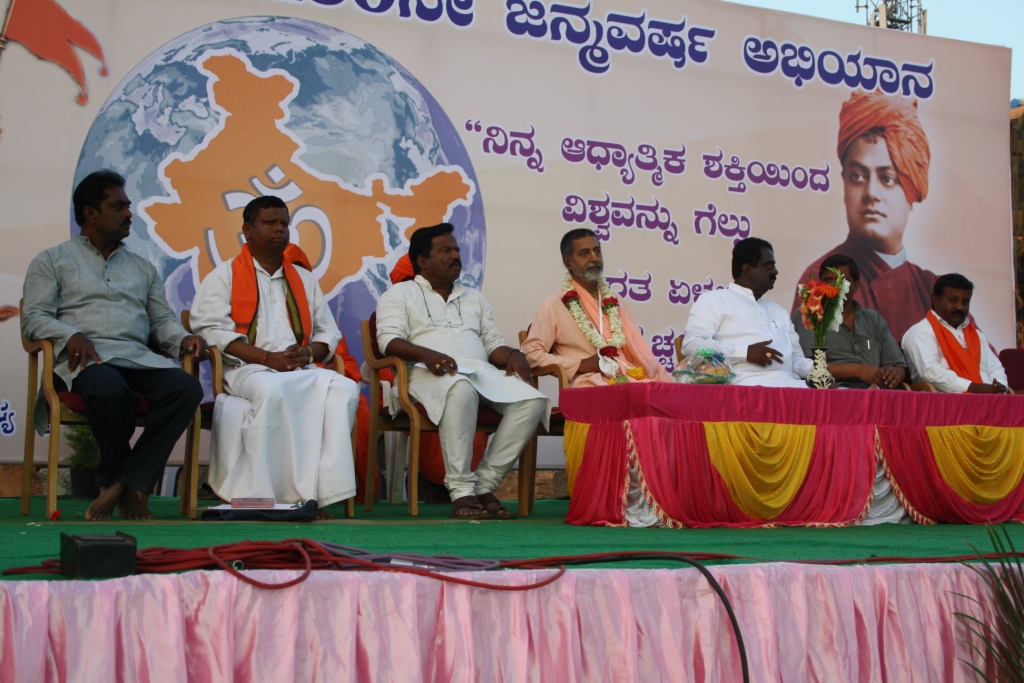