The event started with a short film on Pandit Deendayal Upadhyaya. The short film was a glimpse into his life and times. The audience were introduced to Deendayal Ji’s exemplary life of intellectual rigor and various achievements. Following is an extract of BL Santhosh’s speech at the event.

“We have gathered today to remember a great organizer and achiever nonpareil. Today our lives are wrought with contradictions. We talk of high GDP growth but people still suffer on the streets. There are people living on the streets today who still earn Rs. 2 per day. Death due of poverty is still a reality today. We have thousands of colleges in our state where students study Basavanna, Gandhi,  etc. But they are not able to contribute to the society positively. Many educated techies are turning criminals today. We need to question as to why this dichotomy exists? Medical field has achieved a lot but people’s health is failing. Research into agriculture sciences has come out with great results but farmers are not benefiting from it. We have new communication technologies like social media but trust between people is reducing.

But our nation was not like this earlier. Development has become akin to westernization. Our civilization always believed in education in all forms not just through books like it is today. It is here I recall Deendayal Ji who showed us our roots. The society requires leaders who show both direction and vision and our nation has always produced such greats, be it Swami Vivekananda or Deendayal Ji.

We read that industries are the modern temples of India. But have they solved the issues afflicting us today? Deendayal Ji stressed on self sustenance. He was a statesmen. He had addressed all these issues when he propounded ‘Integral Humanism’. Our traditions have always addressed issues both at micro and macro levels. The life at micro levels were independent. Administration was only at macro level. This is what Deendayal Ji stressed on. The current taxation regime is in continuation of the British methods of extracting resources from the colonized denizens. Our people still suffer due to payment of taxes just as they did during the times of the British.

Deendayal Ji observed this and suggested a way out. Renunciation and service are the foundation of our civilization and that should be the basis of our nation going forward. Even today our rural life is based on these principles. People here still think and act in the favor of larger good of the society. Person and State should be an inseparable entity. This is also what Deendayal Ji’s ‘Integral Humanism’ too stresses on. Today there is a disconnect between the people and state. Resolving this has to be our aim. This has been our strength but we need to revive it. A student from Europe who was studying in Mysore once wrote an article in a local paper as to how the social life in India is not present in her native country. She quotes how students invite each other to their homes after few days of friendship but this is not so in her country she states. This is our strength. Deendayal Ji stresses on this aspect again. It is because of this strength of managing the society’s micro and macro entities that national interests never impinges on individual freedom. This is also the basis of Deendayal Ji’s Integral Humanism. He also cautions on overstepping our wants in comparison to our needs, be it monetary needs or natural resources. If the disparity between our wants and needs widens there will be a disconnect and this is what is happening today when we see the life in cities as compared to that in villages.

This does not mean we need to stop hoping for better facilities or not to adopt new technologies. It is only that we need to be aware of the disconnect and plug it as required as Deendayal Ji mentioned in his thoughts. At each step we need to pause and see if our action makes the last man smile or or makes him suffer.

Deendayal Ji also stressed on each being an upright person and a Swayamsevak. Status and positions made no difference to him. Whatever position he assumed either in Sangh or Jan Sangh, status never bothered him. His life itself is a lesson. It was such attitude that helped build internal democracy in the Jan Sangh, which is rare in political parties today. He also enthused workers to care for the organization and work for the society due to which he was able to establish and maintain so many institutions.

Today when I see life of a man, his family and society as a whole, I am reminded of Deendayal Ji’s thoughts. When development has become equal to westernization, we need to revisit it and draw inspiration from Deendayal Ji’s life and thoughts. It is his thoughts which will enable a man to contribute to his nation in whichever way. His model of sustainable living for a man and society should be the way forward. It is evident, even as per Deendayal Ji, that not all practices of the past are worth emulating going forward. A case in example is the zamindari system and large land holdings. We need to weed away those practices that are not applicable to present life and times. 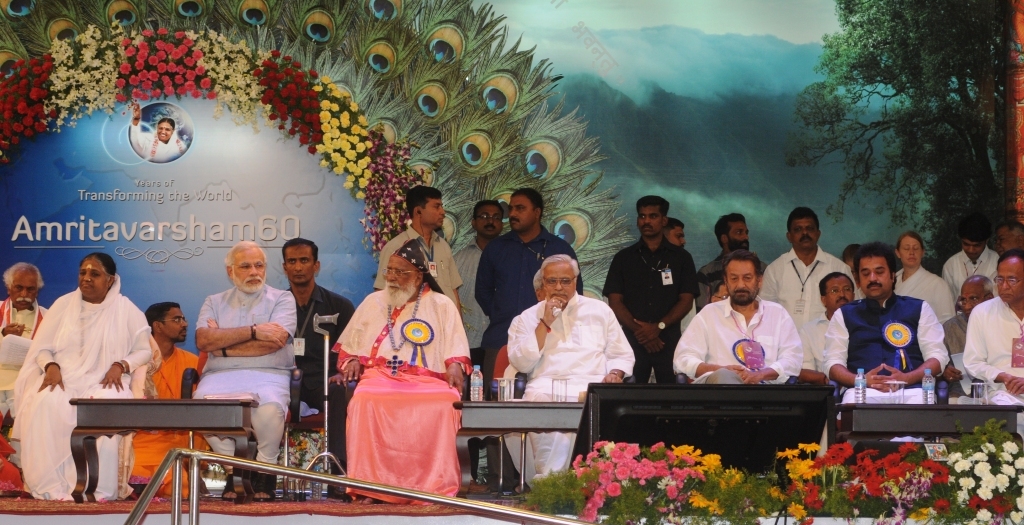