Bodu Bala Sena (BBS) – a Buddhist organisation many wish to call as Right or Ultra Right – is a new phenomenon in Sri Lanka. One may prefer to brand them in any manner one would like to. But the fact remains that this new outfit is slowly growing in stature and popular support in the country’s Buddhist-dominated areas.

It came into prominence due to its public opposition to the Halal mark on all products marketed in Sri Lanka. This was the demand made and achieved by the less than 10% population of the Muslims of the island. Halal mark has been made mandatory to all products in Sri Lanka due to the pressure of the Muslim leadership although a large population of the country – Buddhists, Hindus and Christians – who constitute around 90% of the population don’t need it at all. All producers of food products have been forced to manufacture Halal products and approach a Muslim council for Halal certification. While this rule has become a revenue earner for the Ulemas it has become a burden on the manufacturers whose majority clients don’t need this mark.

BBS’ opposition to this issue had led to the Ulema council withdrawing the mandatory demand for Halal certification. However the story didn’t end there. The BBS has turned its attention to growing Islamisation and Christianisation of the Island nation.

Like everywhere else, there is a spurt in Islamic identity politics in this country too causing alarm to the local population.

The Muslim population in Sri Lanka is growing fast. Muslim parties won elections in the country’s East province, which was one of the strongholds of the LTTE’s second-in-command Karuna. In fact in spite of Hindus – Tamils – being the majority in that province, which was ruled by a henchman of Karuna until last year, elections saw the Muslim party securing majority in the local provincial council and forming the Government.

There are mosques and madrassas sprouting everywhere in the country. A rough estimate suggests that of the 1.2 million Muslim population every 50 households have a mosque. In Colombo itself a new magnificent mosque is coming up, so are in many other places. Increasing number of burqa-clad women and skull cap-wearing men can be sited on the streets of Sri Lankan cities and towns now.

Changing demographics in many villages, districts and even provinces has rung alarm bells in the Buddhist community. A recent media report indicated high rate of growth among the Sri Lankan Muslims compared to other groups like the Sinhalese and the Tamils. According to that report Muslims had outstripped other ethnic groups in Sri Lanka in population growth between the censuses of 1981 and 2011.

During this period, the majority Sinhalese had grown by 38 per cent (from 10,979,400 to 15,873,800); Sri Lankan Tamils by 20.3 per cent (from 1,886,900 to 2,270,900) and the Indian Origin Tamils by 2.8 per cent (from 812,700 to 842,300). But the Muslims grew by 78.6 per cent (from 1,046,900 to 1,869,800). Increase in Muslims had been significantly higher in the districts of Colombo (73.7 per cent), Kandy (74.1 per cent), Matale (76.4 per cent) and Nuwara Eliya (43 per cent).
This almost double growth rate of Muslims has naturally attracted the attention of even the ordinary citizens. It has triggered fears of the possibility of the minorities in general and Muslims in particular dominating the Sinhalese over time. BBS clearly represents that popular resentment against growing Muslim influence on Sri Lanka. Increasing presence of the Pakistanis and the ISI also are an important factor.

The BBS essentially talks about protecting the Buddhist culture of the country from foreign religions. By this it also means the Christian missionaries who are trying to convert people. It is interesting here to note that in Sri Lanka there exists a gentlemen agreement between the Buddhist and Christian leadership that each would not disturb the flock of the other. This agreement was agreed upon by the Catholic Bishop of Colombo who is Simhalese. Of course the non-Catholic denominations don’t recognise it. Also, the Tamil-origin Bishops and priests in Jaffna, Trincomali etc do not pay any heed to it. In any case their targets are the Tamils of the North. The entire Tamil Eelam movement, right from its inception to the LTTE until its wiping out in 2009, was actively supported, if not sponsored, by the Church in Jaffna. It continues to control the Tamil National Alliance leadership – a group of parties that essentially represents the Tamils of the North and East.

The BBS is opposed to Christian conversions also. But so far the BBS has maintained that Hindus and Buddhists of the country should work together on these issues. Recent anti-Sri Lanka campaign in Tamil Nadu and unfortunate attacks on two Buddhist monks in Chennai, which were very widely and vividly discussed in Sri Lankan media, were enough for this body to turn heat on India and Tamils. Fortunately that didn’t happen. BBS restricted itself to marching in a procession to the Indian High Commission in Colombo and submitting a memorandum. But the risk remains.

So far, the issues raked up by the BBS are worthy of active and sympathetic consideration. BBS is able to capture the attention of the Buddhist population of Sri Lanka. This may lead to tensions between the Muslims and Sinhalese there. Naturally any such tensions in the neighbourhood will be a matter of concern for India too. After Myanmar and Bangladesh anti-Muslim campaign in Sri Lanka is certainly causing concern to our intelligence agencies too.

Fri Mar 29 , 2013
Bangalore: In a unique initiative of promoting and preserving  Hindu Values among Hindu families, ‘Parivar Prabodhan’, a premier NGO’s Karnataka Unit has organised a day-long conference  “Kutumba Chintana Yaatre’ on March 31st, 2013. Interested families can participate, a prior registration is compulsory.  (Details are given below, an abstract of a request letter […] 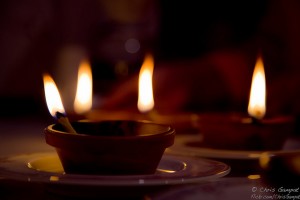