Hubli, March 03. 2013: Indian political leadership should come out of its romantic mood, and it should establish a specific strategic approach with neighboring countries; said RSS leader Ram Madhav at Hubli this evening. ‘Most of the nations in the world will communicate with neighbors without giving up the strategic approach. They will a specific strategy, But in India, the case id different. The political leadership is failed

in these issues. Only through attractive-melodious slogans, or soft words we cant expect faith from neighbors. We should come out of this mindset’, said Ram Madhav. (Detailed text will be uploaded later). 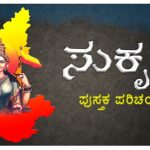