Bangalore June 12, 2013: It has been revealed that behind the scene efforts are on to secure the release of the infamous terrorist Abdul Nasser Madani from jail on the pretext of his ill health. A delegation of leaders of communal Muslim organizations like Muslim League of Kerala and K.F.D and others, has met Karnataka Chief Minister Siddaramaiah on June 3rd, 2013.

Muslim League’s National Chief Secretary Siraj Ibrahim Sait and District Head Sadiq Ali Sihab Tanjal were part of the delegation. Chief Minister Siddaramaiah was accompanied by Karnataka’s Home Minister K.K.George and Transport Minister Ramalinga Reddy. The delegation had separate discussions with Home Minister K.K.George before and after the meeting with the chief minister. The delegation impressed upon the chief minister as to how the Karnataka government could legally co-operate in getting Madani released on the pretext of his deteriorating health condition.

Given the fact that even Kerala has a Congress government which does not have a majority on its own and is supported by the Muslim League has given an opportunity for the league to pressurize the government in this manner. Only about 2 months ago, Madani was out on parole and had visited Kerala for 5 days on the pretext of the marriage of his daughter. It was after he returned, the chief minister of Kerala began to politically pressurize the government of Karnataka to release Madani.

After its meeting with the chief minister and home minister, the delegation of the Muslism leaders of Kerala has visited the Parappana Agrahara jail and held 1 hour long discussion with the terrorist Madani. The Karnataka government, that has been caught in such political pressure, has assured the delegation that it will positively co-operate to its request to release Madani. Beyond this, the Chief Minister’s office had taken enough measures not to publicly reveal either the news or photos of the meeting of the CM with the delegation of Muslims leaders from Kerala. But the delegation of Muslim leaders upon its return to Kerala had published the news and photos of the meeting in several newspapers there, thus revealing the news about this secret meeting.

Hope of Madani’s release arose in the Kerala Congress and Muslim League circles, as soon as the Congress formed the government in Karnataka. Moreover, the fact that  Karnataka’s home Minister K.K.George, who was designated on the orders of the Congress high command, is originally from Kerala has immensely contributed to this hope.

One thought on “Congress Govt in Karnataka working overtime to get terrorist Abdul Nazer Madani released?”

PUNE: Vijnana Bharati to hold ‘Tech for Seva’ on September 28-29 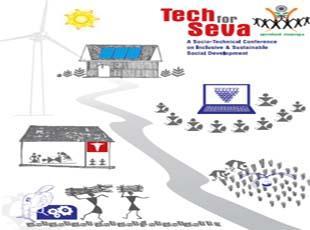